This week, nearly 1,300 commercial real estate pros flooded Miami Beach for CREW Network’s annual convention and got a dose look at what makes Miami great. (We'll take year-round sunshine over pumpkin-flavored drinks any day.) Here are some of the highlights. 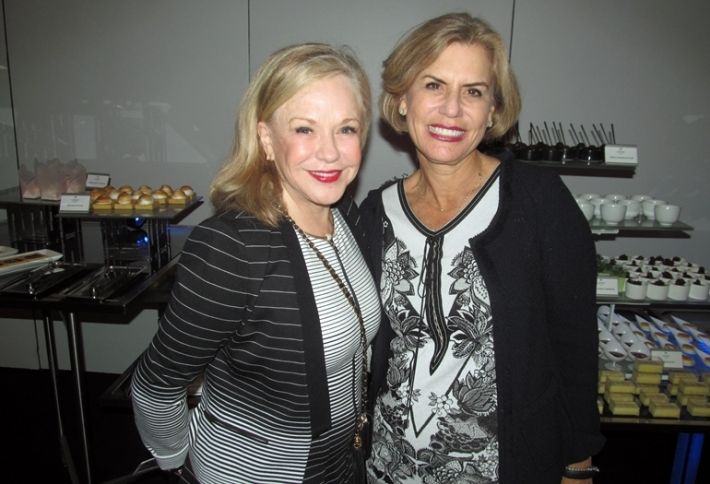 CREW Network CEO Gail Ayers and president-elect Hartman Simons partner Lori Kilberg (a Bisnow Atlanta Power Woman) told us the conference sold out, and it’s no wonder—the CREW Network has an all-time high 9,200 members. Gail tells us that research shows that women are more hesitant than men to take risks, so the event’s theme is The Rewards of Risk, and the speakers (including former Secretary of State Hillary Clinton—check out our National pub today for her comments) were selected to show it’s worth it to take a chance, and the occasional failure isn’t a career-ender. 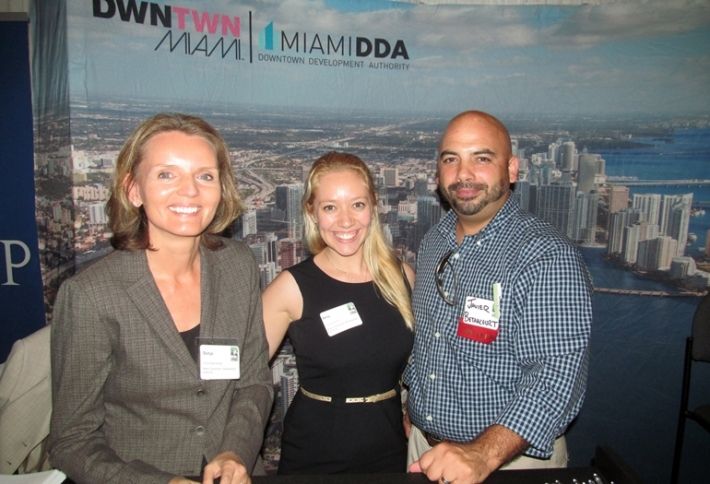 Miami Downtown Development Authority’s Sonja Bogensperger, Amy Lawrence, and Javier Betancourt told us their org is taking a serious look at the submarket's development activity and upcoming pipeline. The multifamily side is particularly busy, with 8,000 multifamily units under construction Downtown—5,000 condo and 3,000 rental. Downtown closed 2013 with a 97% multifamily occupancy, which is driving the wave of activity. Brickell is the densest residential market Downtown, and it’s adding 27% of its supply. Edgewater is really up and coming, Sonja tells us—it’s been a single-family area but now developers have assembled land to build condos, and 67% of its supply is under construction now. 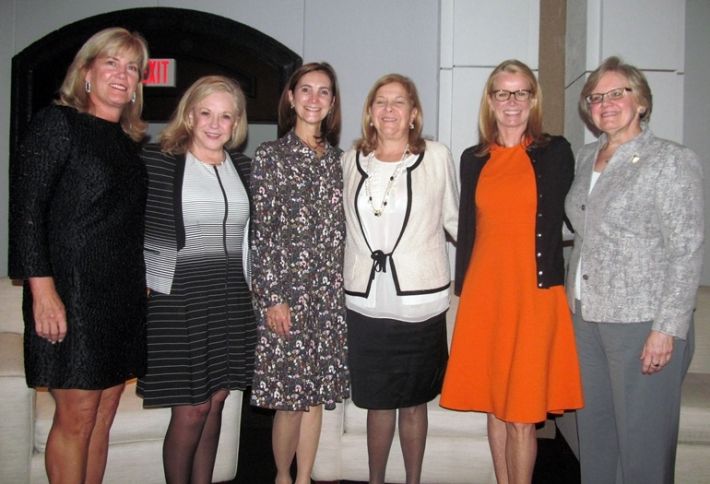 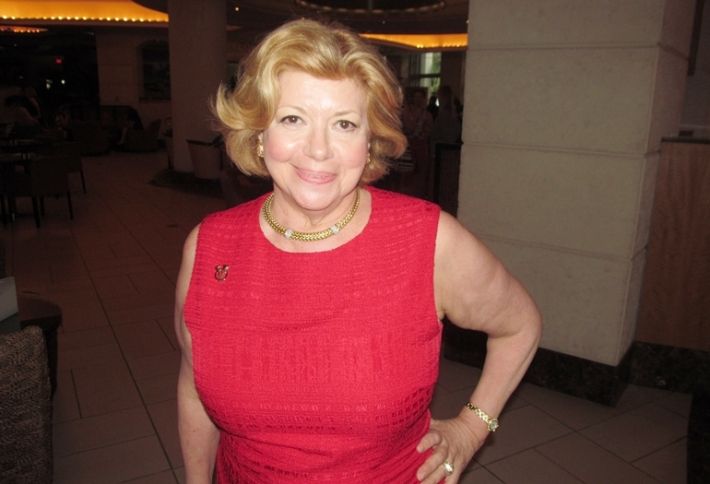 Is Miami the next New York City? Douglas Elliman Real Estate retail group chairman Faith Hope Consolo says luxury retailers entering the US used to tell her they wanted to establish a presence on the east coast and the west coast. Now they’re telling her they want New York and Miami. She says Miami is attractive because of its tourist base, high-end single-family housing stock, and booming office sector. She’s working now on bringing Perrin of Paris (a luxury handbag/accessory retailer) down from New York into Miami, and tells us she’s got leases working across the metro, including Bal Harbour, the Design District, and Aventura. 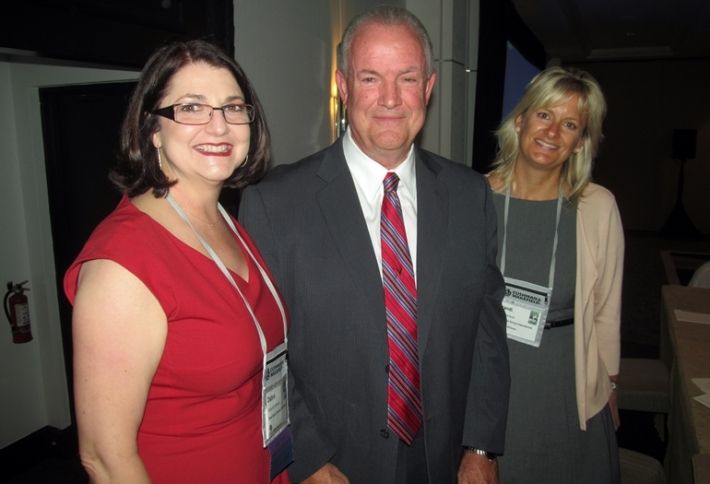 PortMiami is one of only three US ports that will be ready to handle Post-Panamax ships, and yet it might not benefit from the Panama Canal expansion as much as you think. Vickerman & Associates prez John Vickerman (here with Dow Golub Remels & Beverly partner Debra Gilbreath and Rockefeller Group FTZ Services EVP Brandi Hanback) believes the real boom from the Panama Canal expansion may be from trans-shipment trade—what happens after cargo is offloaded. John, a retired naval captain of the civil engineer corps, says containers typically sit in port yards for six to eight days. The ports that handle inland distribution the fastest may be the real winners—and John says the Florida ports have room for improvement there. 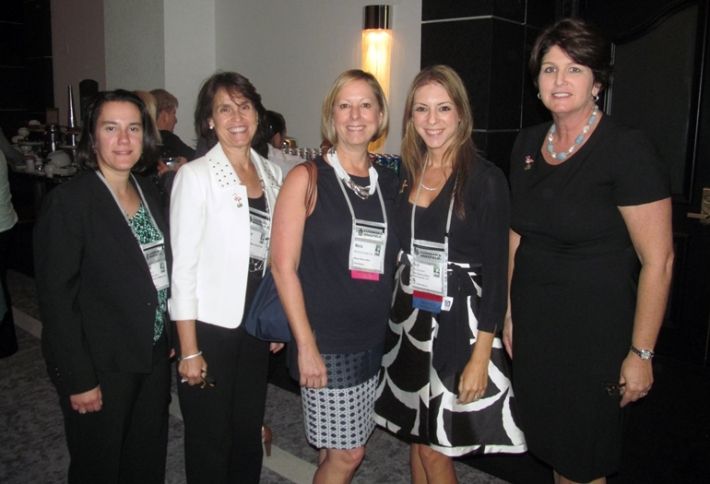 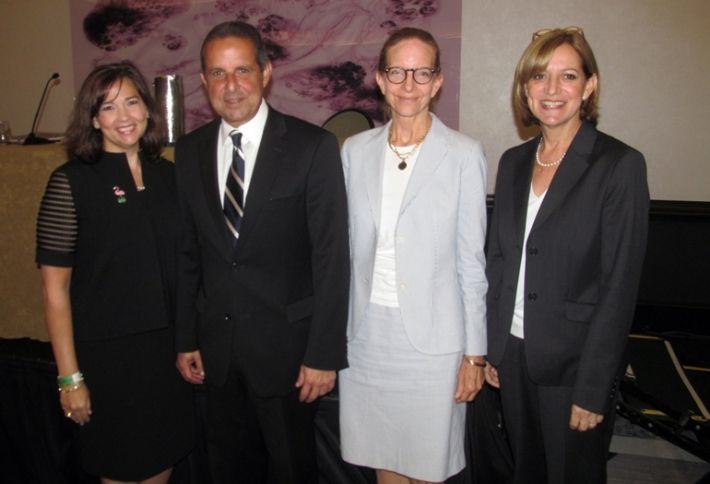 Blanca CRE’s Danet Linares (past prez of CREW Miami), former Miami Mayor Manny Diaz, Duany Plater-Zybeck & Co founder Elizabeth Plater-Zyberk, and Gelabert-Sanchez & Associates principal Ana Gelabert-Sanchez shared their struggles and successes on Miami 21. The five-year process overhauled the city from a use-based to a form-based zoning system and was a real focus for Manny in his terms as mayor. (He says city design is the single most critical step for environmental and economic sustainability.) Ana says the new codes focus on being pedestrian and transit friendly, conserving neighborhoods and historic elements, and improving quality of life. Besides activating the city, it has also significant streamlined the entitlements process.