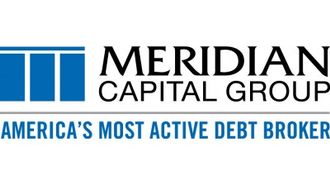 Negotiating loans is a complicated business, made ever more so when there are complications like rollovers, rent abatements, short deadlines or complex property ownership. Bisnow spoke with brokers at partner Meridian Capital Group to discuss several of their recent deals, the challenges, and how they were able to manage through them to negotiate the best structures and terms.

The Property: The Challenger Tech Center Portfolio is a 192k SF, seven-building tech complex at the Central Florida Research Park in Orlando, FL. As you'd expect, the space is filled with tech tenants (some from the government), who invested millions of dollars to build out their spaces. Meridian managing director Noam Kaminetzky says this helps ensure long-term leases and a steady cash flow given the significant upfront capital expenditures made by tenants.

The Problem: The building’s owner—the foreign-owned Marcent Group—was looking to refinance a $23M loan on the property, but, as Meridian VP Eric Trombly says, there was meaningful lease roll in the near future that would concern lenders. Several leases were set to expire during the closing process and the first year of the loan. One tenant, for example, had over 44k SF of built-out space (25% of the total property) and had the option to either renew or leave during the closing process. If these leases expired and the spaces were left vacant, Noam says, it could’ve affected the Marcent Group's ability to pay debt service. In addition, many of the tenants were given rent abatements. While Noam says these aren’t out of the ordinary—and even allowed Marcent to bump up rents—the NOI was adversely affected during the abatement period.

The Solution: Eric and Noam used a multi-pronged approach to negotiate financing for The Challenger Tech Center portfolio. Starting on the closing process six months early allowed Meridian to work around some of the lease rollover and mitigate the big pre-payment penalty. Further along in the process, Eric and Noam obtained a 60-day forward-rate lock, which paid off tremendously.

“We closed this loan during a period of interest rate volatility and there were deals in the market re-trading 50 to 100 basis points during this process,” he says, “so having the rate locked was a good move for this group and they were very happy they had done it."

To underwrite the rent abatements, Noam says they were able to get the lender to include the majority of the full rent for those leases to help boost the NOI and only hold back a portion of the abatement so it wasn’t a dollar-for-dollar exchange.

Meridian was also able to use the tenants’ long track records and heavy capital investment to help the lender mitigate the risk of lease renewals and structured a cash sweep as a backstop in case a tenant did decide not to renew.

“Even though you had a lease expiring in 2016 or the end of 2015,” Noam says, “we were able to structure to say if they leave, we can do a cash sweep equivalent to that tenant’s rent. But if they don’t leave and renew, then that sweep doesn’t happen.”

A Race Against the Clock

The Property: The development site is on 72nd Avenue and Southwest 96th Street in Pinecrest, FL, and is slated to have 10 single-family homes. Eric (right, with Noam at left) says the neighborhood is up-and-coming and is being flooded with a wave of residential units.

The Problem: On a Thursday, the borrower approached Eric and his team. Their financing had fallen through, he tells us, and he needed to find a $2.25M land loan by Tuesday or his purchase wouldn’t happen. Even though the land had already had an appraisal (thus, taking uncontrollable third-party timing out of the picture), Eric admits closing a deal in six days is “an incredibly tight time frame.”

The Solution: Establishing early on that closing this deal would require constant communication and cooperation (including giving the client an extensive checklist of required documents), Noam and Eric immediately set about contacting an array of lenders, including hard-money lenders (who could close the deal on a short notice, but would charge a 10% to 15% interest rate) and local banks. Fortunately, the two were able to identify a local bank that Meridian had an ongoing relationship with and who understood the area.

“We have closed with the lender and have been actively presenting them with other deals,” Noam says. “They understood that if they help us out on this one, there’s an opportunity to further grow their pipeline with Meridian.”

With a term sheet from the bank that same day, Eric and Noam worked to get all the necessary documents from the borrower, including tax returns and information on the property. On Friday morning, the two sat down with the bank’s team (including higher-ups like the head of credit), the borrower and a huge binder of documents. Over the course of six hours, the parties hammered out every question and concern. Not only was the deal approved, but Eric and Noam were able to structure a three-year term and a 4% interest rate. Then Meridian, the bank and legal teams worked over the weekend on the loan documents and closing checklist, and the property was funded by Tuesday to hit the client’s deadline.

Eric and Noam agree Meridian’s relationship with the bank, as well as their knowledge of the questions the bank would ask to gauge risk, were instrumental in getting a deal structured. After all, not every John Doe could walk in off the street seeking a multimillion-dollar loan and demand the bank’s team work over the weekend. Noam says the client was so appreciative of Meridian’s hard work and flexibility, he now uses them as an adviser for all of his properties, including new purchases.

“We’ve basically built a client for life,” Noam says. “I think the lesson here is that when you do everything you possibly can to help close a transaction and the borrower is successful, that reputation is going to be your biggest driver of repeat business.”

A Tale of Two Owners

The Property: The 24.5-acre, 368-unit Lake Azzure Condominium (pictured)—built in 1972—features two swimming pools, a jacuzzi, an outdoor barbeque and lounge area, a 24-hour fitness center, a community center with conference room, and a 16-acre lake with two fishing docks. Connected to Interstate 275 and Veterans Expressway, the property is close to numerous shopping and entertainment venues.

The Problem: The property had fractured ownership, with Meridian’s client owning 90% of the units. Meridian managing director Shaya Ackerman says this actually created a challenge as not many lenders have a full understanding of fractured condos or are willing to “play in that arena.”

Fractured condo situations have been more common in South Florida and the Southeast, Shaya notes, saying the “tremendous volume of condo development and condo conversions left a lot of developers with a significant inventory of unsold units.”

“Either the developers themselves kept the unsold units or they sold them to bulk buyers, but, in either case, you have a lot more unsold condo transactions in this area than in the more liquid primary markets where condos always trade.”

The Solution: Shaya says the client’s ownership and control of 90% of the units helped Meridian negotiate the deal, but there were several other factors that helped, including the strength of the sponsor and their ability to work with the condo association.

“In a condo association, there’s almost always room to reduce expenses,” Shaya says. “The individual condo unit owners are not typically professional property managers and real estate investors and they rely on third-party managers who have less of an incentive to make everything as efficient as possible. A larger owner and operator has the opportunity and ability to cut some costs by being more hands-on as well as add value to the asset in order to achieve higher rents.” It was important to the transaction to obtain an interest-only period that allowed the borrower—during the 12- to 24-month period when cost cutting and improvements are being executed—to still have solid cash flow.

At the end of the day, Shaya was not only able to negotiate a seven-year, $18.8M acquisition loan, but was able to get a rate of 3.75% with two years of interest-only payments.

Shaya says, Meridian was able to get the fractured condo transaction “the best multifamily pricing out there despite the complexity.”