The Haunted Car Park: How One Cursed Site Charts The Ups And Downs Of Manchester's Property Business 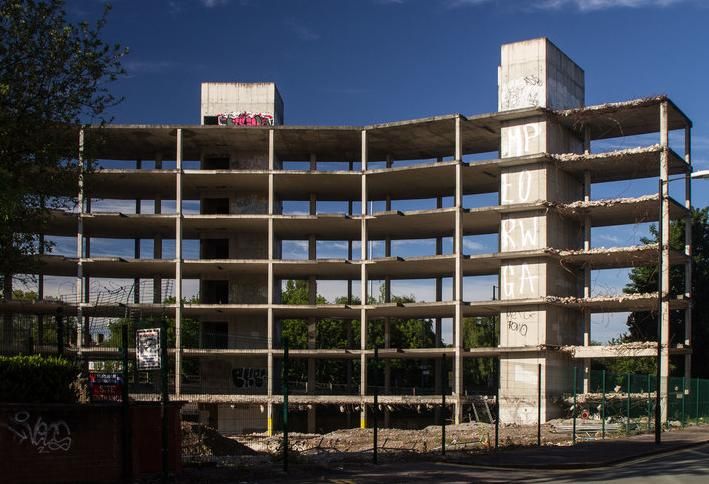 Peter McDermott/Geograph
The River Street site in May 2017

When the time comes to gather round the water cooler and tell spine chilling stories of the olden days, the tale of Manchester's River Street car park is sure to come up.

Starkly visible from the Mancunian Way, and all-too-obvious on one of the main southern gateways to central Manchester, for two decades the graffiti covered and apparently crumbling framework has been a reminder that not all property projects succeed. Surface car parking — the profitable purgatory that awaits stalled development sites — has been its fate.

This week Liverpool-based Downing won the backing of planning officers for proposals to demolish the existing half-completed concrete structure. Downing plan to build a 32-storey student housing block on the 1-acre site, providing around 800 rooms.

Could this be a happy ending for the most conspicuous graveyard of dreams in Manchester real estate? The tale of River Street shows how the rising and falling tides of property fashion can leave some projects stranded and becalmed — again and again and again.

Dublin-based Lifesapce Ltd applied to build 65 apartments, winning permission (and a five year deadline for the start of work on site) in November 1999. In 1999 the city living boom had barely begun: as recently as 1993 the city centre population was around 200 (mostly pub landlords and residents of the very improbable houses on top of the Arndale Centre). It had reached about 6,000 by 2000. The big growth phase was the following decade (up to 20,000 by 2011). In 1999 the city living scene was dominated by conversions, not new build.

Worse still, in 1999 this location was literally in the middle of nowhere, close to a thunderingly hostile roundabout and the perils of Hulme, not yet fully rebuilt. So ideal for a quick meet with your dealer, less ideal for everything else. The only nearby building was the (then struggling, public-sector funded) office building at No. 1 City Road. A pioneer project in a wilderness location, it got nowhere. 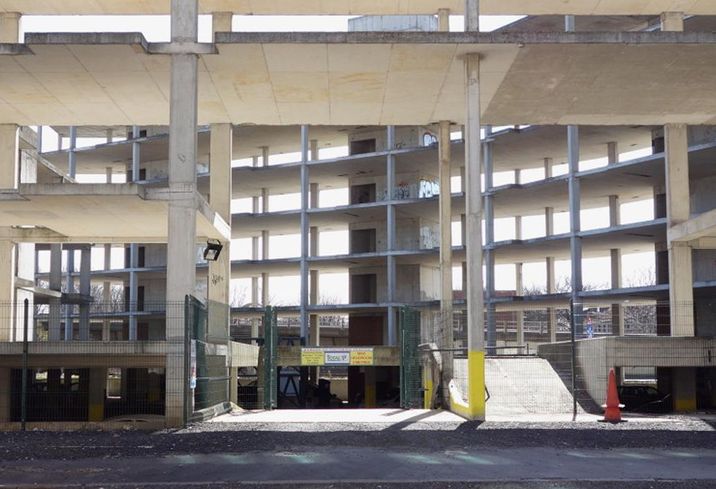 Fast forward nine years: work started then stopped on the apartment scheme and the Dublin-based developer has a rethink. The hotel sector was booming — 2006 was a record year, with £1.8B invested in U.K. hotels — and enthusiasm was high. Manchester was now firmly established as a tourist destination as news of its renaissance spread.

As a result the city was seeing more than its fair share of hotel schemes, with JLL calculating 2008 would see 1,430 new beds that year, adding to stock of 8,137 — a mighty 17.6% leap in supply in just one year. The River Street site seemed ideal — it had good road access, and was opposite a newly built Premier Inn.

The proposal was to add 4 metres to the height of the existing concrete structure to create a 215-bed hotel, and planners gave approval. But in September 2008 Lehman Brothers collapsed, and with it the visitor economy (and much else). Irish developers were particularly badly hit, so fast forward to ...

October 2012 - Serviced Apartments, Too Much Too Soon

Today aparthotels are cool and funky. In October 2012 they were called serviced apartments and as the economy struggled to recover, they were a hot proposition in the flourishing alternative investment sector.  The U.K. was underprovided by world standards, CBRE said in 2012; there was talk of substantial shortfalls in supply; development in London had scored impressive occupancy rates; and JLL reported that margins were up to 50% better than for hotels. So how about giving the idea a try in Manchester?

By now the River Street site was in the hands of Manchester-based Chelmer Developments. They applied to build a 42-storey serviced apartment tower on the site with around 600 serviced apartments — and that maybe was the problem. Too much, too soon, too ambitious, too tall. There were reported to be funding issues — the site was sold to Bolton-based Forshaw Land, who cut the size to 420 apartments, and then in 2015 the idea died.

And so to March 2018, and a student housing scheme. Fortunately for Downing the city's student sector is robust: Manchester student housing rents rose by 5% for studio rooms in 2017, ahead of the national trend, according to January 2018 data from Cushman & Wakefield.

Yet the River Street site is a warning: even good ideas are not guaranteed success. And if that is not a spine chilling property story, then nothing is.