Pyramid Sale: Who Will Walk Into Stockport's Valley Of Death? 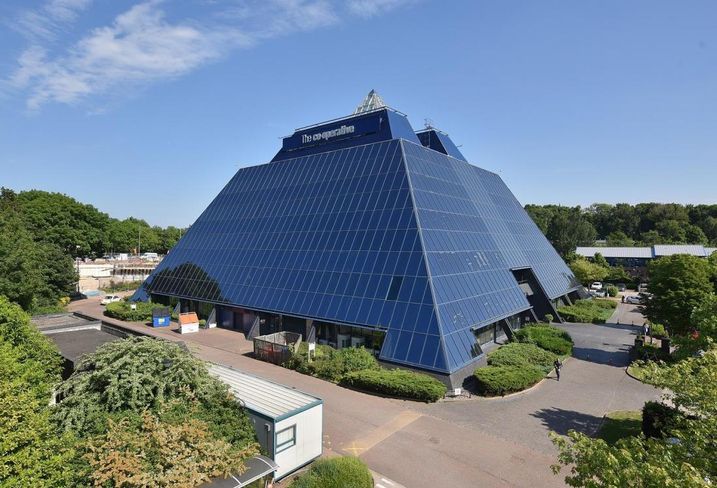 Few office blocks are as conspicious — or as ill-fated — as Stockport's 86K SF Pyramid office block, now for sale at what some sources suggest is the knock-down price of £4.5M.

First mooted in 1987, and eventually completed in 1992 on a prominent site next to the M60 motorway in a deep ravine cut by the river Mersey, the development acquired such a reputation for bad luck that it became known as the Valley of Death.

The original 1980s plan was for five pyramids along the so-called Kings Valley. Only one was built, and in the process the developer went bust. The main lender, Co-Op Bank, hoped to win tenants when the block was completed in 1992. But after three years of standing empty in 1995 Co-Op Bank decided to cut its losses and occupy the Pyramid itself.

The curse of the Pyramid struck again in 2013 when Co-Op Bank itself fell into serious financial and political trouble, culminating in the resignation of its then-chairman, the so-called Crystal Methodist, after drugs and allegations. Last month the bank — much reduced — lost its fifth chief executive in seven years.

Following a bank decision to relocate to other sites, it became surplus to current requirements. The 86K SF block comes with 426 parking spaces.

Cushman & Wakefield has been retained by the Co-operative Bank to sell the landmark asset.

“We anticipate strong interest in this building; it’s rare that an iconic property such as this is brought to the market on a freehold basis," Cushman & Wakefield Head of Office Agency Rob Yates said.