Manhattan On The Irwell: Skyscraper Cluster Is Really Happening 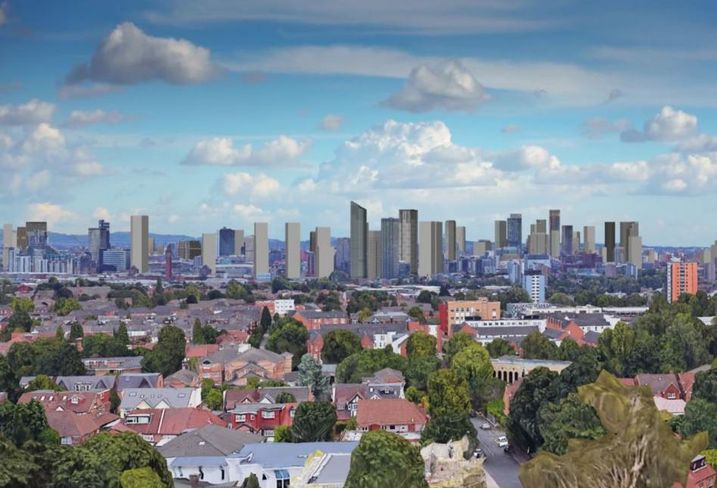 It’s been a very long time coming, but Manchester is about to get a Manhattan-style skyline as its skyscraper cluster prepares for rapid growth.

The first skyscraper in Manchester was mooted in 1948 (it only got as far as the 14th floor). Thereafter skyscraper progress was slow and halting, with nothing to write home about until the Beetham Tower was completed in 2006.

Today the city has 10 buildings of more than 100 metres. Although this is the largest UK cluster outside London, it could soon feel modest compared to the 50 or more projected for the next decade. 20 storeys or above is the New London Architecture benchmark for a tall building.

Data from UrbInfo, the research arm of property manager urbanbubble, predicts downtown Manchester and Salford really will turn into a mini-Manhattan in the next 20 years.

Its third annual Tall Buildings Report showed the number of completed buildings of 20 storeys or more straddling the river Irwell on the Manchester/Salford boundary up from just 12 in the year 2000 to a total of 37 in 2019.

Another 20 towers are under construction, 25 others have secured planning permission, with decisions on another 12 yet to be made and with a further 48 tall buildings announced and at the pre-planning stage.

There are 25 existing and proposed buildings of more than 40 storeys in the city, with the average height of tall buildings being 30 storeys. 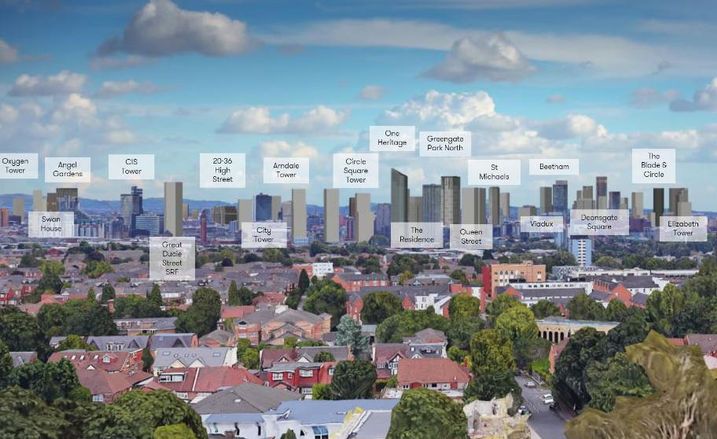 “Tall buildings now play a greater role in the redevelopment of Greater Manchester than ever before and nearly 30% of all major development applications made in the city in 2019 include tall buildings, compared to just 13% in 2017,” UrbInfo Manchester Head of Research Ed Howe said.

“If the current tall buildings pipeline is developed, nearly 30,000 homes will be helping to tackle the housing needs of a burgeoning European city literally reaching for the skies.”

The main clusters are at Greengate in Salford, Deansgate Square in Manchester, and Salford Quays where UrbInfo say there are a “multitude” of new proposals. Towers over 20 storeys are now being proposed for more distant inner-city districts like Eccles.