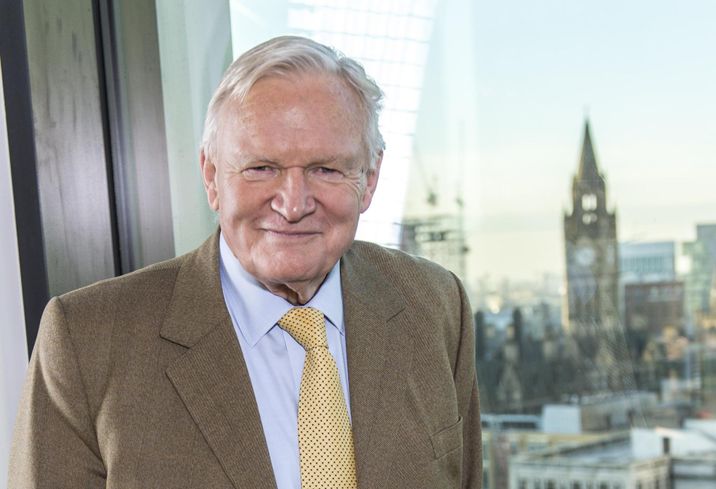 Oglesby founded Bruntwood in 1970. His son Chris took over in 1998 and remains chief executive of a business which is easily the dominant player in the fast-growing Manchester office market. Bruntwood owns 20% of all the city’s commercial floor space.

Michael Oglesby was born in 1939 in Scunthorpe, Lincolnshire, and, after receiving a degree in building at Aston University, spent his early working years in the construction industry before moving to Manchester in 1970.

Oglesby was avuncular, charming, adaptable and that most Manchester of qualities, liberal. At first he grew Bruntwood from a modest industrial break-up business focused on the city’s declining mill heritage, into a modest refurbished office business focused around unloved city centre blocks. But by the early 1990s, Manchester’s economy was changing and growing as the city woke from its long post-war malaise. Oglesby made sure Bruntwood was always one step ahead by improving the quality of the offer and customer service.

Today’s flexible office market was part of the Bruntwood way long before WeWork’s senior figures were out of school. Oglesby won and retained clients by providing them with flexible floor space within a portfolio, allowing them to grow, shrink or change as circumstances demanded. Bruntwood was among the first property businesses to abandon the idea of a landlord-and-tenant relationship and to adopt the customer-service provider model. He leaves the family in control of a £1B portfolio stretching across 120 buildings in Greater Manchester, Cheshire, Liverpool, Leeds and Birmingham.

Since 1999 Oglesby focused on the family charitable trust, and as chair of the steering board for the Manchester Cancer Research Centre. He was awarded several honorary doctorates and degrees and in 2011 was appointed a CBE. He served as High Sheriff and was Vice Lord Lieutenant of Greater Manchester.