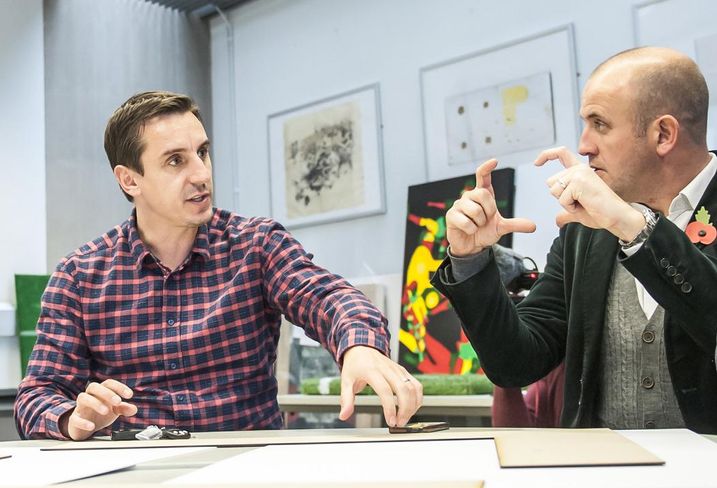 The £200M St Michael's residential, office and hotel development in central Manchester is to see 25.3K S more office space, and 19.5K SF more residential floorspace following a detailed rethink by architect Skidmore, Owings & Merrill that was unveiled this week. There was also confirmation that Laing O’Rouke will be construction partner.

The number of two-bed apartments comes down, to make room for eight three-bed apartments. There are also losers: the hotel shrinks by 25 rooms and the number of food units slides for eight to five. The number of car parking spaces falls from 136 to 103 to make more room for plant and machinery. Overall the scheme is 37K SF larger. Planning documents are available here.

Construction work on the controversial development at Jacksons Row, Manchester, in the shadow of Manchester’s Grade I-listed Town Hall, is expected to begin in later summer, the developers said. Hodder + Partners is retained as executive architects.

However, neither the announcement from the St Michael's Partnership nor the paperwork accompanying the revised planning application throws any further light on who the development partners are.

Last year it emerged that a new but unamed investor had been lined up to join the consortium, which had previously fractured under the pressure to make the project deliverable. Former contractor and partner Beijing Construction and Engineering Group International is no longer involved, whilst Brendan Flood's role has been in doubt. 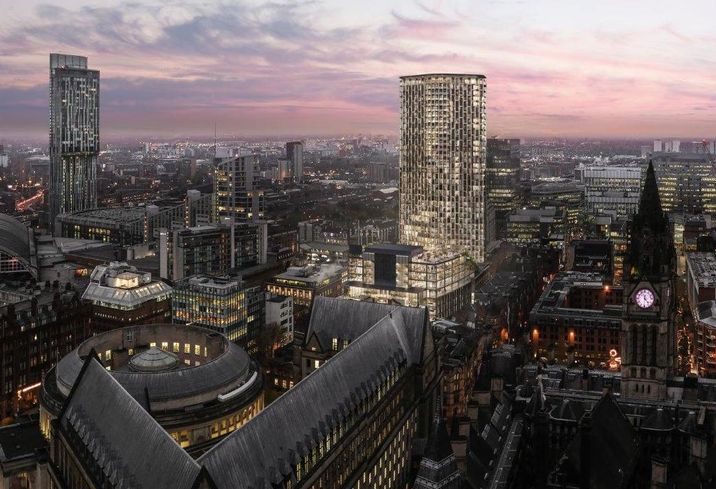 Courtesy of St Michaels Partnership
The sky at night over the proposed Manchester St Michaels development.

The new planning application is submitted on behalf of Jacksons Row Development Ltd whose directors are Brendan Flood, Ryan Giggs and Gary Neville.

Persons with significant control are Brendan Flood’s company Jacksons Row Ltd;
Relentless Investments Limited, which is in turn owned by Relentless Holdings Limited, which is controlled by Gary and Emma Neville; and Ryan Giggs’ Rgjr Limited. None of these parties controls 50% or more of the venture.

There is one charge over Jackson Row Development’s assets, which is in favour of Charles Street Commercial Investments Limited and relates to the Abercrombie Inn site, Bootle Street. Charles Street is controlled by Cheadle-based Henry Moser.

St Michael’s will include a five-star, 191-bedroom hotel and 181 high-end apartments in a 40-storey tower.

There will also be more than 163K SF of office space, 23K SF of leisure space — including an outdoor rooftop terrace — and a boutique five-star hotel in the former Bootle Street police station, which will retain its frontage.