Lauren Faber O’Connor has a passion for taking care of the environment.

As the chief sustainability officer for the city of Los Angeles, O'Connor is responsible for driving the implementation of Los Angeles Mayor Eric Garcetti’s LA’s Green New Deal. The Green New Deal released in April tackles the climate crisis and calls for the elimination of the city's primary emissions sources.

O'Connor, who before joining Garcetti's administration was the West Coast political director for the Environmental Defense Fund in San Francisco, said she is ready for the challenge of helping Garcetti achieve his plans for the future of Los Angeles.

"I feel significant pride that we are a city that not only provides good services to its residents but that we are leading the way to the city of the future," O'Connor said. 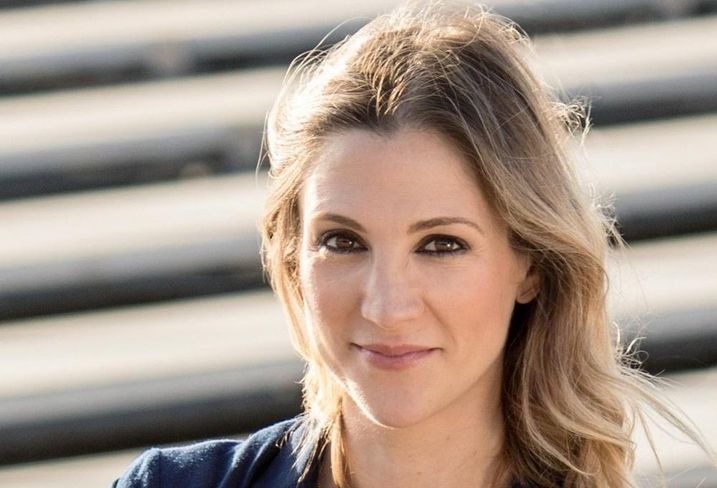 Bisnow: Who are you and what do you do?

O'Connor: I’m Lauren Faber O’Connor, a native Angelena. I grew up in LA wanting a future helping protect public health and the environment. At the time, I assumed that such a career would not be in Los Angeles so set out to live in other big American cities. Cut to nearly five years ago when I was living in Northern California (after spending time in New York City and Washington, D.C.) working at a national environmental and public health nonprofit. It was becoming clear to me that LA was indeed becoming a climate leader, and I knew it was time to go home. Today, I am the chief sustainability officer for the city, under the leadership of Mayor Eric Garcetti.

Bisnow: What is the most challenging part of your job? The most rewarding?

O'Connor: We have ambitious goals to address the climate emergency with strategies that improve people’s everyday lives, but limited hours in the day. We want to be able to engage as broadly as possible with the Los Angeles community so it’s important to partner across the city family who work on infrastructure, housing, economic development, neighborhood engagement and more, but also with other leaders in the business, nonprofit and academic communities.

In addition to partnerships being so integral to our success, working on an issue about which I am so passionate and being able to do so for the city in which I live and generations of my family have grown up is most rewarding. When I can point to results [like] charging stations installed on that block, rebate programs I can recommend, protected bike lane that gets installed, trees planted and cool pavement laid to help protect a neighborhood from extreme heat, I feel significant pride that we are a city that not only provides good services to its residents but that we are leading the way to the city of the future.

O'Connor: Mayor Garcetti himself is leading with a platform of gender equity so that we're instituting gender equity across all our operations in order to transform the way our leadership looks and delivers services to the rest of the city. The results we've achieved through having organized plans across all city departments has led to important changes like having a gender balance of just around 50/50 across the more than 300 members of LA boards and commissions, and similar results for the general managers of our city departments where nearly 50% of the GMs that have been appointed by Mayor Garcetti in his term are female. He’s also eliminated the pay gap within his office and rolled out the first-ever parental leave policy for the city. I hope others continue to follow this example.

Bisnow: What do you enjoy most about living and doing business in Los Angeles?

O'Connor: I love experiencing the unique characteristics of neighborhoods across the city. There is so much creativity and culture coming from local businesses and communities in LA. Plus, having grown up here, I am so impressed by and proud of the sustainability ethic that has grown in this city over that time period. Whether it’s communities promoting more mass transit, green space or healthy food access, or companies developing sustainability solutions for clean energy, zero emission vehicles or water conservation, LA is all in.

What are you most excited about, professionally, as we head into 2020?

O'Connor: I truly can’t believe we are closing out a decade this year. I am excited to enter 2020 as beginning the decade of climate action. The science is clear, our time is limited if we are to protect ourselves from the most dangerous and disruptive impacts of climate change. While I go into 2020 with optimism, young people are striking in our streets out of fear for the life that awaits them. Protecting people and supporting a thriving, inclusive economy is a great responsibility, not only as city government but as a community of Angelenos who all have strong roles to play. I am excited that 2020 will mean engaging everyone, from local businesses and Neighborhood Councils, to community based organizations and our schools and colleges, in actions we all must take to be part of the solution. LA’s leadership will have positive impacts for the globe.