Why Student Housing Is Becoming A Hot Product Type 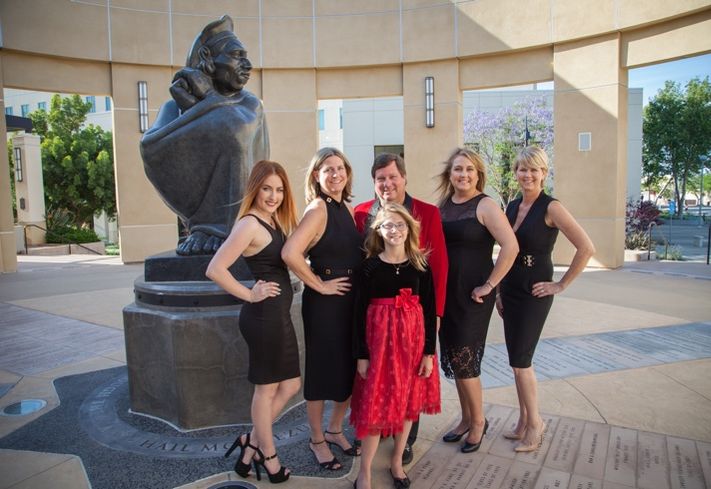 Colleges and universities experienced a 38% increase in student enrollment between 2000 and 2010, and the National Center for Education Statistics predicts another 14% increase in enrollment annually over the next decade.

Fred says higher education is a very competitive world, and demand for fresh, new housing and a package of lifestyle amenities on or off campus has become “really, really important to attracting students.” Faced with replacing decaying dormitories, most colleges and universities today prefer to only house freshman students on campus.

Above is Fred, center, with his family at a dedication ceremony naming The Pierce Family Foyer at San Diego State University's Parma Payne Goodall Alumni Center. From left are daughter Peyton Pierce, wife Christine, Fred, cousins Jill Hudson and Krista Maire, and daughter (front center) Riley, 12, a future SDSU Aztec. Fred was recently named chair of the advisory board to the director of the SDSU Fowler College of Business. 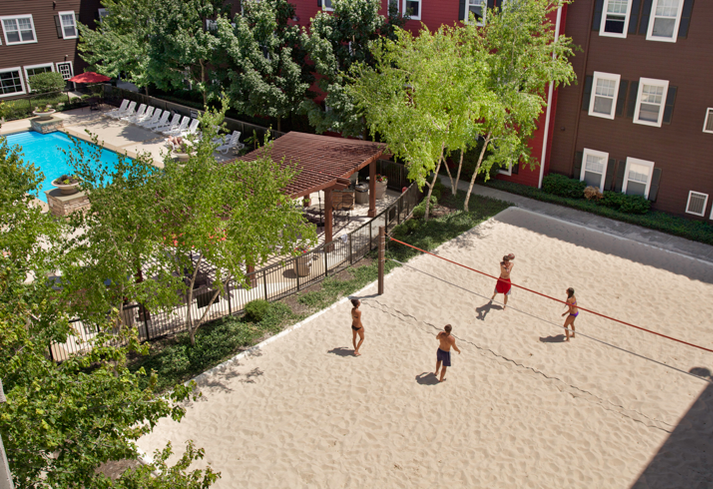 The amenities package at Pierce Education Properties includes sand volleyball courts, like the one shown here at The Commons on Kinnear at Ohio State University.

Meanwhile, this change has created a wide-open student housing market for private investors to create off-campus housing for upper class students, which is attracting institutional investors, particularly domestic and international pension funds, Fred says. He says 10 years ago, pension funds investing a portion of their assets in commercial real estate had stuck with the four main food groups: office, retail, industrial and multifamily.

With an appetite for higher yields and cash flow, Fred says pension funds are diversifying their portfolios, and some are investing as much as 20% of their real estate allocation in niche real estate product types, and student and senior housing and healthcare facilities are at the top of the list.

Continued appetite by institutional investors and foreign capital venturing into niche product types contributed significantly to the $5B in student housing investment sales in the first six months of 2016, Fred tells us. For example, a JV of Toronto’s Canada Pension Plan Investment Board, Singapore-based GIC and Chicago-based The Scion Group earlier this year acquired  University House Communities Group, a leading US student housing portfolio valued at $1.4B. 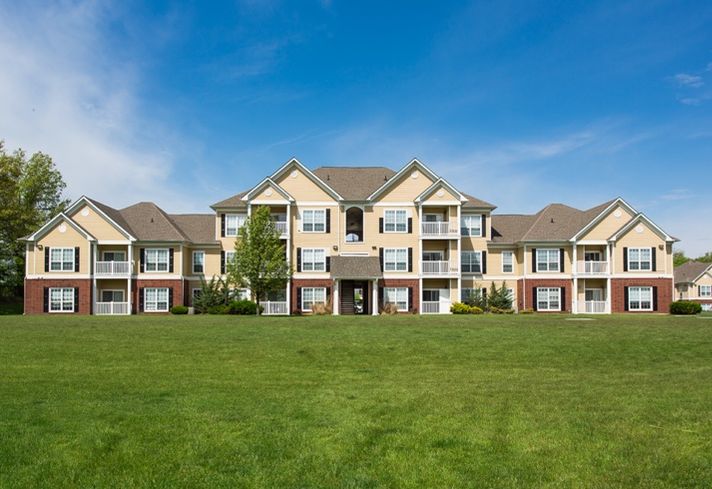 Pictured is PEP's The Lodge on the Trail  at West Lafayette, IN's Purdue University.

Fred also says there’s plenty of liquidity for student housing on the debt side—Fannie Mae and Freddie Mac have dedicated student housing lending programs, plus conduit lenders, banks and insurance companies provide debt for student housing. “On the equity side, it’s the full gamut of investors, from ‘friends and family’ and ‘country club capital’ to family office and private equity to institutional and large foreign investors,” he says. 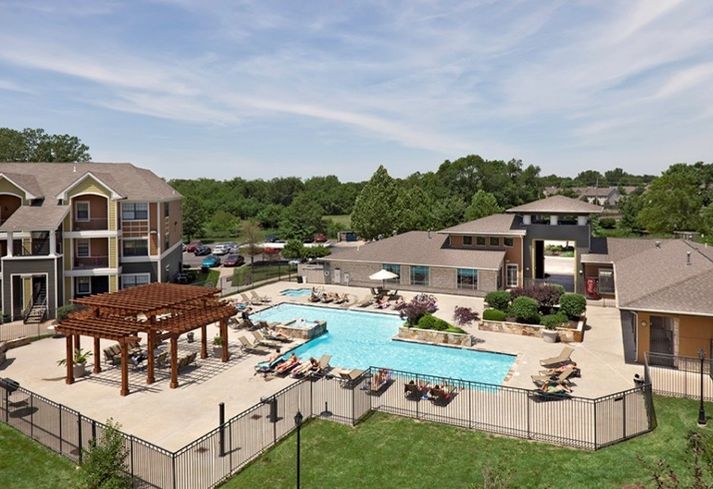 When seeking student housing, students seek resort-style amenities like pictured here at PEP's The Reserve on 31st at Kansas University.

1. Student housing units get beat up or students skip out on paying rent.

“The reality is, there isn’t a damage problem,” he says. “The landlord typically doesn’t set foot in a conventional apartment until the lease is up. We go into units every quarter and charge back any damage.

If they don’t pay, we turn off the internet, and they pay up quickly. Word-of-mouth gets around that the landlord doesn’t put up with disrespecting the property,” Fred says. In student housing, each student has a separate lease, so if one moves out, it doesn’t affect other students living in the unit. Additionally, Fred says almost all leases are accompanied with a parental guarantee, so the threat of contacting mom and dad is usually enough to keep students in place.

2. Since the academic year is just nine to 10 months, units are empty through the summer months.

“After the first summer, most students don’t want to go home,” he says. “They get a taste of their independence, and beginning in the second year, they generally stay through the summer and find jobs, do internships or take summer classes.

3. Student debt is a problem that affects the ability to pay rent.

The majority of students have little or no student debt, Fred says. About 50% of all students graduating from public universities do so with no debt, while high student debt is highest for students at private, for-profit colleges and universities and graduate students, he says.

4. Universities are being put out of business by online learning.

“Strong, public, brick-and-mortar universities are expanding due to increasing enrollment,” Fred says, and online distance learning programs expand access, serving students who work full time and need a flexible class schedule, or live in remote areas or even in foreign countries with no access to higher education. 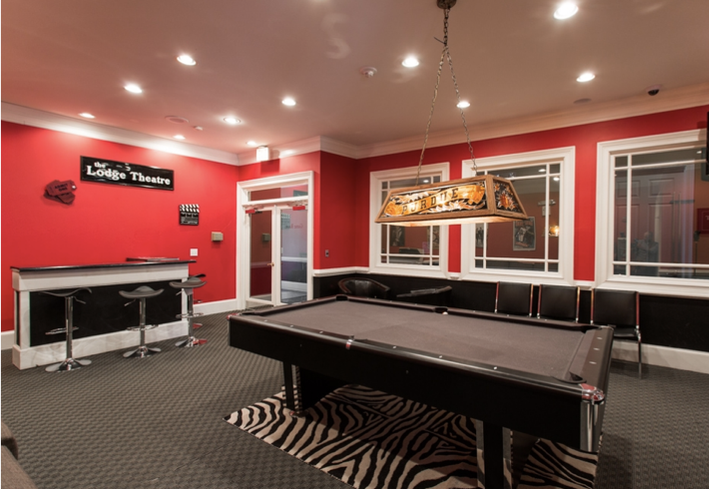 Fred’s company primarily acquires Class-A, purpose-built, student apartment properties within one to three miles of public universities with 15,000+ students that play Division I football. The company has completed $800M of such investments, representing 20,000 beds, over the last decade.

A big industry trend in recent years is urban student housing development going vertical to provide a pedestrian-oriented, urban lifestyle, but the trade-off is smaller units and fewer amenities than in garden-style properties, he says. Shown above is the game room at PEP's The Lodge on the Trail at Purdue University.

When seeking housing for their college-age children, Fred says, “parents look for clean, quality product in a safe location, which is especially important for daughters, and property management that looks out for their child. They want to know who is there during the nighttime, if there is security.” He says PEP provides a management team of one live-in staffer for every 70 students at a property, in addition to security services custom-designed for each property. 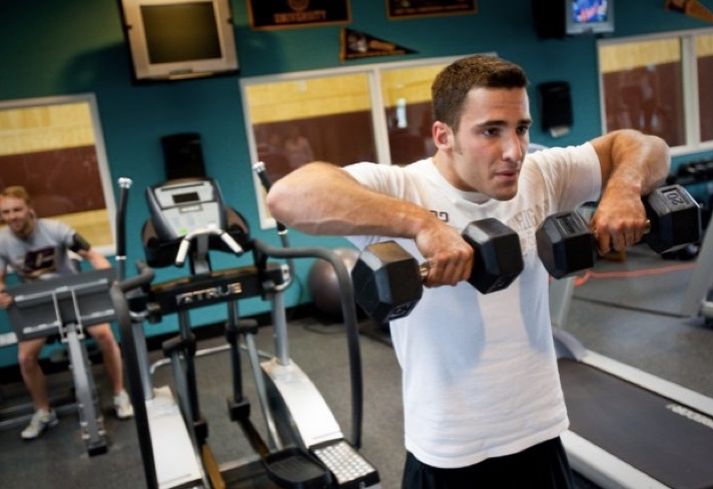 Fred says students want to live where their friends live, resort-style amenities and a mobile universe. PEP's properties largely provide fully furnished three- to four-bedroom units with 50-inch smart TVs and are hard-wired for cable and internet (which the firm purchases in bulk), but also often include wireless capability.

Student housing communities typically feature a fitness center, a pool, a Jacuzzi, tanning beds, a movie theater, a game room with pool tables and foosball, sand volleyball and basketball courts, and other places to socialize, as well as study rooms and a business center with remote printers and paper supplied. Pictured is the fitness center at The Village at Blue Grass at Central Michigan University.

PEP properties also typically run shuttle service every 15 minutes to campuses, which drop students off in various campus locations. In some locations, they also provide an evening shuttle to and from popular nightlife spots.

Rents at PEP communities average $400 to $600/month for garden-style housing, with the least expensive option typically a bed space in a four-bedroom unit. He says university dorms cost on average $1,200/month, but include a meal plan.

Hear more from Fred and other student housing experts at Bisnow’s SoCal Student Housing, Trends in Expansion and Innovation event Dec. 6, beginning at 7:30am with breakfast and networking, at the Sofitel Hotel in Los Angeles.