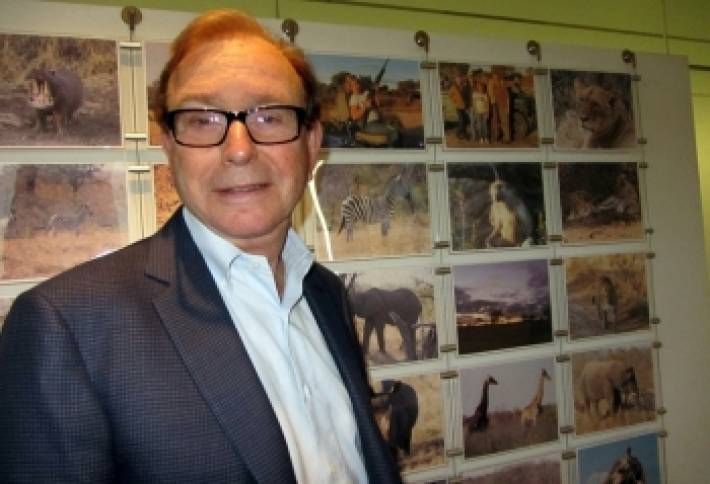 Fred (whom we snapped here last summer) began his illustrious real estate career at Coldwell Banker in 1968, upon graduating from UCLA, where he studied real estate and business administration. A year later he opened Fred Sands Realtors in an office in Brentwood that was the size of a two-car garage. Through the years he built a clientele that included US presidents, corporate leaders and hundreds of Hollywood celebrities.

Fred sold the enterprise, which is the second-largest real estate and financial services company in the state, with 72 offices that generate $9.4B annually in sales volume, to Coldwell Banker in 2000 and went on to establish Vintage Capital and Vintage Fund Management, a successful private equity company that invests in growth companies. In 2001, as chairman of Vintage Real Estate, Fred built a nationwide portfolio of shopping centers and regional malls.

Over the years Fred received many professional accolades and made countless contributions to the real estate industry. He was named one of the “Top 25 CEOs of the Decade” by California Business, was a recipient of the prestigious American Academy of Achievement Award, and was recognized by the National Association of Realtors as one of the industry’s top “Movers and Shakers.”

Fred  was actively involved in many worthy community organizations and charities including Adopt-a-School programs and Special Olympics, the Girl Scouts and Boy Scouts, the United Way and the American Cancer Society.

He also founded the Museum of Contemporary Art and served as president of the museum’s board of directors. Fred also served on the boards of directors of the Los Angeles Police Foundation, Los Angeles Opera and Pepperdine University. He also was chairman of the United Way’s Million Dollar Roundtable, on the President’s Advisory Committee on the Arts and liaison to the Kennedy Center, and on the California Arts Council.

Earlier this year, Fred endowed the Fred Sands Institute of Real Estate at the Pepperdine University Graziadio School of Business and Management, which presented him an honorary Doctor of Business degree last April.

He is survived by his wife, Carla, who is chairman of the Blue Ribbon of the Los Angeles Music Center; son, Jonathan; daughter, Alexandra; and brother, William Sands.