A newly released Colliers report reveals that despite negative net absorption for the first time in three years, West LA remains bulletproof, posting the lowest vacancy rate of any major market in the greater LA area and establishing a new record per SF price for Class-A office. Bisnow sat down with Colliers executive managing director Hans Mumper (snapped with wife Beth in Vancouver) for the inside scoop. 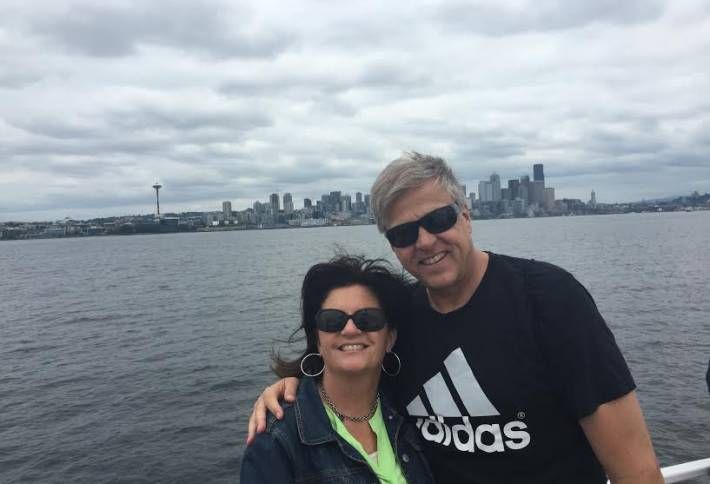 Bisnow: Your report claims overall demand in West LA in Q3 to be an expected negative 350k SF. A year ago, demand during the same time frame was surging at 637k SF. What happened?

Hans Mumper: In our latest study, the Santa Monica submarket did record the largest amount of vacated space when two technology firms—for completely different reasons—moved out of about 450k SF total. Both of the moves had been previously announced and were long anticipated. The fact that they both occurred in the third quarter was purely coincidental.

Bisnow: You're talking about Yahoo and Riot, yes?

Hans: Yes, Yahoo took 130k SF in Playa Vista, as that area continues its clustering trend, started three years ago by other major technology firms, including Google, YouTube, Konami and Facebook. Riot Games was the other tech firm to move, but they expanded because their business has been on a growth kick. They will now occupy larger quarters totaling 284k SF of newly developed creative office space in the Olympic Corridor submarket. While it did not move to Playa Vista, Riot Games did continue the trend of tech firms migrating south, where rental rates are lower and the office product is either newer, or has been converted into creative space.

Bisnow: What have been the main drivers of firms moving south?

Hans: The main driver in the move of firms from traditional Class-A office markets like Santa Monica to markets further south has been the availability of large blocks of newer product and lower rental costs. Based on our third-quarter report, Santa Monica’s asking rents currently are $4.54/SF, while in the competing Marina del Rey/Venice market, which includes Playa Vista, prices come in at $3.39/SF.

Bisnow: Your report also notes a record deal was struck in Beverly Hills. Can you tell us about that?

Hans: This is perhaps the most significant achievement of the quarter in West LA. Cain Hoy Enterprises, an East Coast-based investment firm, acquired the trophy and 97%-occupied office property at 100 N Crescent Dr in Beverly Hills. They paid $130M, or a record $1,098/SF, for the 118k SF building. So that was a new milestone and another sign that the economy is still heating up.

Bisnow: With prices so high, there has long been talk of a slowdown. Do you see the West LA office market anywhere near plateauing or retreating in any way?

Hans: I don’t think we’re close to the end of the commercial real estate growth cycle in West LA. In fact, there are some observers who think we have a lot more runway to go, although I’m reserving judgement on that claim until we see what happens over the next few quarters. None of the markets at this point in time are plateauing—demand is still strong. But we should all remember that real estate is a cyclical industry. Anyone who’s been in the business for any length of time knows that.

Bisnow: But in a market with negative absorption, normally you’d see landlords holding rents steady. Your report shows just the opposite. Why?

Hans: Despite the unusually high—but not unexpected—rate of negative absorption in the third quarter, landlords remained bullish on the market, with average monthly rental rates on Class-A leases increasing 3% to $4/SF, a rate we have not regularly seen since before the Great Recession. Average asking rental rates in West LA have been steadily increasing since the fourth quarter of 2011, fueled largely by the market’s outsized and continuing demand factor. However, the difference between asking and getting can be quite distinct depending on a whole set of variables, including location, size, tenant credit and term of the lease. Everything’s negotiable; nothing’s set in stone.

Bisnow: Forget the report. You've been in this business a long time now, so tell us how you see West LA pre- and post-recession?

Hans: It can be tough for investors and owners to try to get their heads around the fact that vacancies almost a decade ago in 2006 were substantially lower at 6.5% for the West LA market overall. Most of the questions we are currently being asked by our clients is, ‘Where are we in the cycle now?’ Our response, really, has been, ‘Welcome to the new normal.’"