The Class-A properties total 206,538 SF, were built in 1988 and renovated in 2004. Bisnow caught up with Olive Hill Group president Michael Cho (above right) and VP of corporate development and legal affairs Tim Lee (above left) to find out more about the deal.

Michael says the office complex's "prime location near the booming Silicon Beach market, coupled with its value-add potential, immediately attracted us to the properties."

He says explosive growth in Santa Monica and Venice is driving more investors and tenants to Culver City and nearby submarkets.

"Our strategy is to capitalize on this spillover and the rising demand for creative office space by repositioning the properties to a more creative office campus," he tells us. 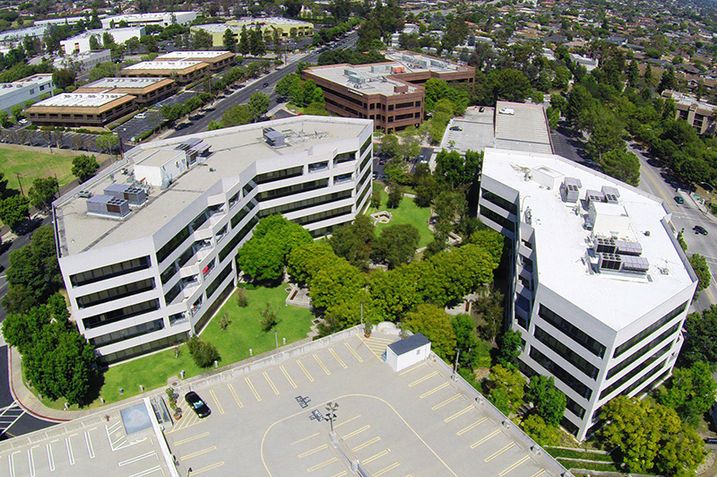 This will attract the ancillary service providers and smaller tech startup companies that are finding the Westside to be too expensive, according to Michael.

Tim says work on the property will include replacing the carpeting with "glossy floors," removing drop ceilings and creating open floor plans for increased collaboration. The central courtyard will be redeveloped to create a "modern look and feel" for more of a work/play atmosphere, he says.

The seller, Broadreach Capital Partners, paid $51.25M for the buildings in 2007, according to The Real Deal. The buildings are now 88.6% occupied. Madison Partners repped the buyer.