How Caruso's Masonic Temple Makeover Is Reshaping the Valley 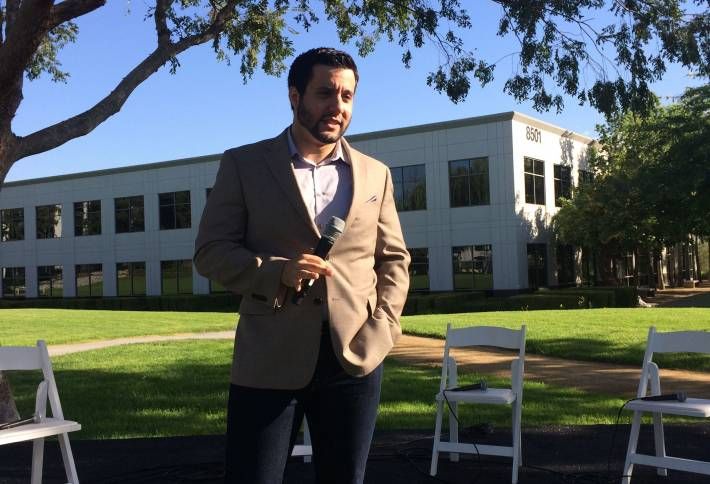 Bisnow's West Coast editor, Elliot Golan, led off our 3rd Annual Future of the Valley event last week, where he told the 300 in attendance all about the development transforming the region. He says mass transit and affordability are driving a resurgence in the Valley’s desirability. “Now it is possible to work in Downtown LA and have that house in the Valley with a white picket fence," he said. 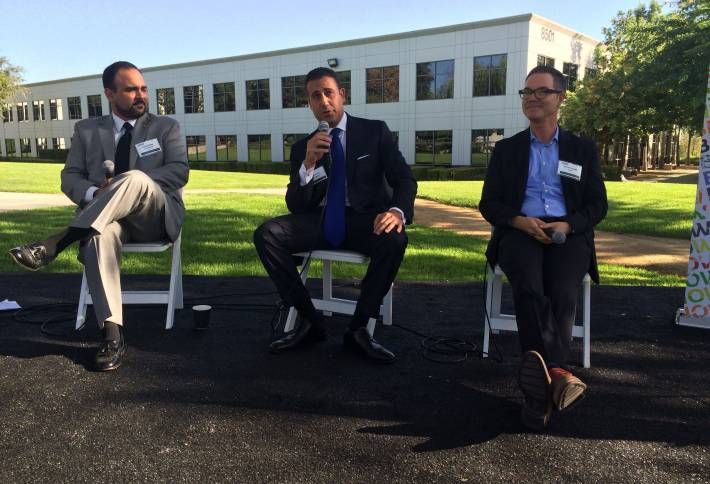 But Elliot says much is still missing in the Valley, including creative office and co-working spaces, providing opportunities for developers to fill in the gaps. Rick Caruso’s reclaiming of the Glendale's historic Masonic Temple for creative office is the Valley's first true creative space, and could set the stage for more. Here are Glendale city manager Scott Ochoa, Caruso Affiliated EVP Jackie Levy and Gensler principal Carlos Posada discussing the repositioning. 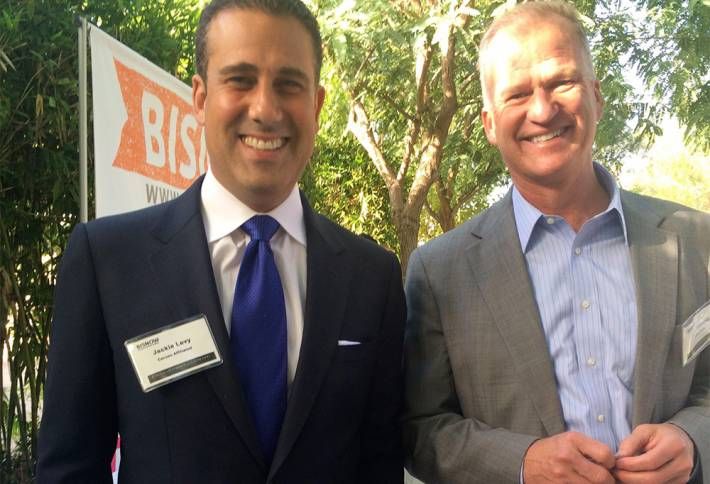 Jackie says Rick had a vision for transforming the building into the most service-oriented project in the country, adding that having the Americana at Brand across the street adds services and amenities built into the location. A concierge service could leverage this lifestyle retail center to provide any services or amenities desired by busy professionals to make their lives easier. “Our valet will fill up cars with gas, do grocery shopping, or any service tenants could want done while at work,” Jackie says. “If it’s legal, we’ll do it.” 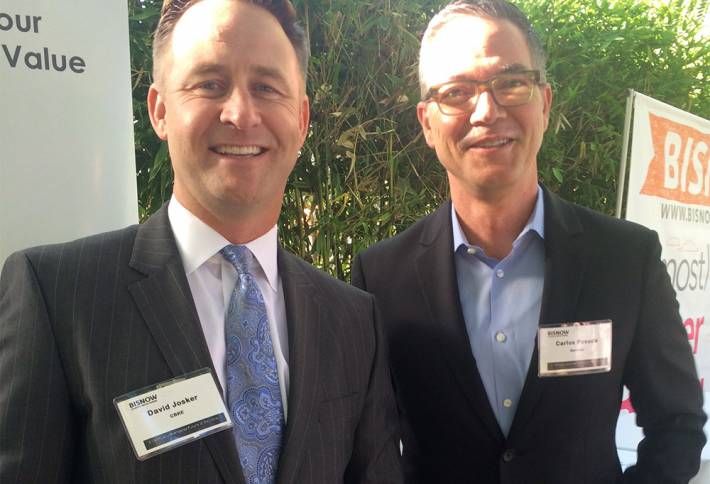 Meanwhile, CBRE’s Valley office team was searching for a new space with the flexibility to create a “free addressing” and paperless environment similar to the CBRE HQ in Downtown LA. While the firm thought Glendale was a bit out of the way, CB managing director David Josker (here with Carlos) says when the brokerage received an unsolicited proposal from Caruso’s team offering an “amenities package never before seen in the office market,” the team reconsidered. 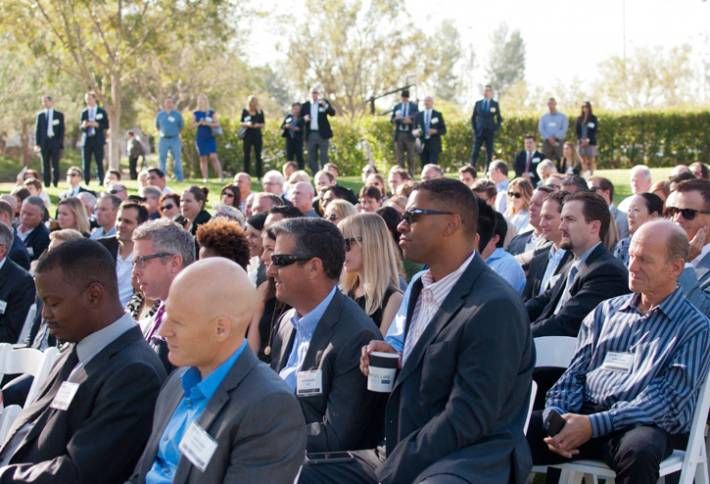 David says the space is ideal for the brokerage. “We have an 18-hour business day, so we needed a space that offered employees a place to work out, get lunch, maybe join their spouse for dinner and a movie, then come back to work.” The Masonic Temple space met all of those goals, but CBRE needed to vacate its present office in Universal City by Dec. 31. David was skeptical about whether Rick’s team could deliver a renovated space in time for the impending move. 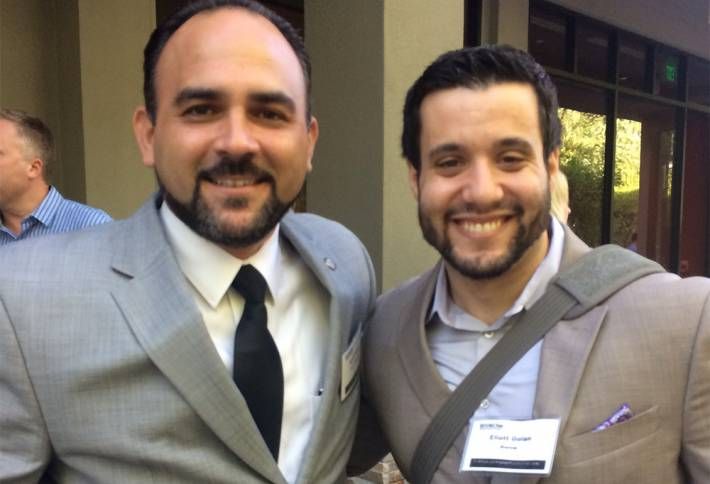 The structure is an architectural gem, but had been vacant for 25 years and presented major challenges, admitted Jackie. Scott from the city (here with Elliot) says Rick called a meeting in February with all the key players to explain how this project could be done in time by reprioritizing. 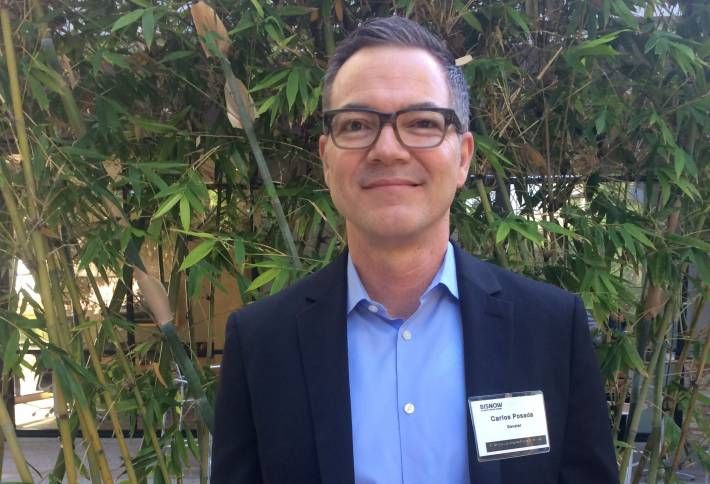 “Our pain started early on,” said the project’s architect, Carlos. “I lost sleep with the insane schedule proposed. But we were very excited about the opportunity to reinvent this very unique space and because of the historic nature of it,” he said, noting that Gensler had a similar experience in repositioning its own office space in Downtown LA, which had sat vacant for 10 years. CBRE signed a lease in May and will take possession on Dec. 15.