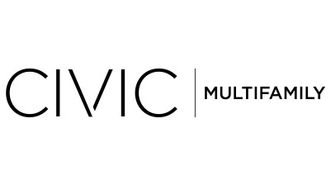 Small Deals Matter Too: How 1 Lender Is Bringing Service And Focus To The Small Balance Lending Space

Debt plays a critical role in making just about every commercial real estate transaction and project happen. But for the lenders who provide that debt, not all deals are created equal.

Transactions over $5M make up less than 20% of all deal volume in the United States, but account for nearly 80% of all dollar volume. While many large-scale lending institutions offer small balance loans, their focus tends to be on larger deals. Borrowers looking to finance deals below the $5M threshold need an easier option.

The team at CIVIC Multifamily Lending, a real estate and finance company based in Los Angeles, saw a need to address this underserved small balance space, and decided to build a full-service, vertically integrated and tech-enabled platform exclusively focused on the small balance multifamily space.

Founded in 2014 as the lending arm for institutional parent company Wedgewood, CIVIC spent its first four years in existence focused on providing bridge loans to investors working on residential and small multifamily projects.

But upon better understanding the need for high-quality service and increased speed and transparency in the small balance multifamily market, CIVIC leveraged the lending machine it had purpose-built for the residential world to expand offerings into the multifamily sector.

In just the last year, the company has gone from 40 employees to almost 200, with offices expanding to cities like Seattle and Miami. In less than four years, the team has closed more than $1.8B in financing deals. With an average deal size under $3M, it all adds up to a staggering level of activity.

Scaling and executing this volume of transactions in such a short time span requires a clear, strategic approach and the right team to carry it out.

“We were very organized, documented everything and stayed committed to the plan throughout the build-out of the platform,” CIVIC Managing Director of Multifamily Brian Murphy said. “That was important because we had to address everything from guidelines and loan documents to capital markets, asset management and servicing."

Few lenders can succeed in the small balance lending space without speed. Borrowers need their financing, and they need it quickly. At CIVIC, the approach to speed begins with building out a team. The phrase "We're too busy to approve your financing today" doesn't exist in CIVIC's lexicon, so the firm has approached its staffing based on future volume instead of current volume. If a borrower needs a decision, CIVIC can typically provide one within 24 to 48 hours.

“We’re trying to get ahead of the curve in staffing and team-building, anticipating future production and hiring for that today,” CIVIC Multifamily Team Lead Brian Lee said.

By taking this approach, the leadership is confident they will never be too busy to give the client the necessary time and full-service attention.

The company’s success is also a result of building relationships. There are many different parts of the lending process, and CIVIC was able to leverage partnerships through each step in the lending cycle.

“We’ve had so much to do in such a small amount of time that we’ve been fortunate to leverage some key relationships in valuation, legal, engineering and property management," Murphy said. “We now have a team of in-house attorneys and we have also hired outside counsel for loan documents and compliance purposes."

As CIVIC continues to grow, the team is looking forward to shaping its multifamily lending arm further.

“Everyone internally is really fired up about multifamily,” Murphy said. “We’re building the channel and it’s been amazing to see it starting to gain some traction already.”

This feature was produced in collaboration between Bisnow Branded Content and CIVIC Multifamily. Bisnow news staff was not involved in the production of this content.