A South Los Angeles commission that advises the city's planning department has squashed a 577-unit mixed-use multifamily and commercial development in the Park Mesa Heights. 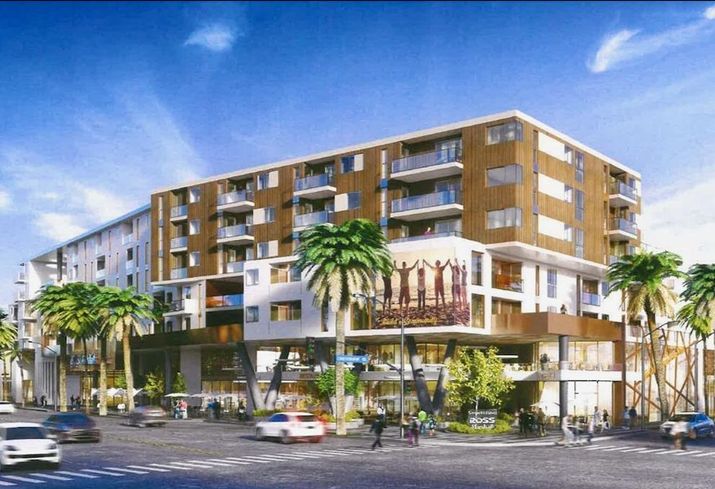 The local residents that make up the South Los Angeles Planning Commission upheld an appeal by the Crenshaw Subway Coalition and denied the mixed-use project, citing the lack of affordable housing and noting that Arman Gabay was arrested on bribery charges in a separate case last year.

The commission is one of five such area planning bodies across Los Angeles, all of which serve as advisers for the city planning commission, the department of planning and zoning decision makers.

The city's planning commission and the Los Angeles City Council approved the project in June. The Gabays acquired the land about 10 years ago, when it was initially approved to build a commercial center with a two-story Target and Ralph's grocery store. But when that plan did not materialize, the developers shifted focus to creating market rate housing.

Dissenting commissioners and residents who spoke against the project said there need to be more affordable units than the 63 currently planned.

Robbye Davis, a member of the Park Mesa Heights Neighborhood Council, said the developer had razed an existing commercial building to build the project. That land is now vacant.

City Council President Herb Wesson wrote a letter against the project. Wesson, who is working on an anti-displacement zone proposal to keep longtime residents in their community, said this is not the type of project he originally supported.

"We have no need for a six-story development consisting of 577 luxury apartment units that will be unaffordable to most of the neighborhood's current residents," Wesson wrote in the letter. "What we need is affordable housing. The median income in this area is $43K. To build a development that does not take this into account is unacceptable. There must be a significant amount of affordable housing units in order for me to consider this development."