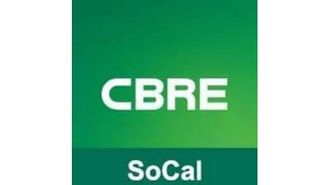 A 60-acre mixed-use village, years in the making, is set to become a new hub for work and commerce in the beating heart of Southern California’s studio empire.

Led by Overton Moore Properties, a joint venture between developer Timur Tecimer and Invesco Real estate, the $300M Avion Burbank is slated to deliver 142K SF of creative workspace through nine two-story office buildings, as well as 1M SF of industrial space, 15K SF of retail and a 150-key hotel.

Rather than building skyward, Tecimer and OMP have mapped out a low-lying master plan that prizes green space, light and access to the outdoors. The hope is to attract creative entrepreneurs and sustainably minded companies from around Southern California to invest in Burbank’s flourishing media office landscape.

“We’re in the entertainment capital of the world, and we wanted to craft an ecosystem that would encourage the creative process,” said Tecimer, who serves as the CEO of Overton Moore Properties. “It was a massive blank canvas that we were lucky enough to work with.”

Avion Burbank will occupy a sprawling 60-acre property, the former site of Lockheed Martin’s top-secret Skunk Works, which neighbors the Hollywood Burbank Airport. Though Tecimer and his team began acquiring the property and planning out what would become Avion Burbank back in 2016, many of the design features that they chose years ago in collaboration with Gensler have set the development up for success in today’s warehouse-crazy but office-shy commercial real estate climate.

With demand for logistics and warehouse space at an all-time high, Tecimer said the project’s six industrial buildings are already around 75% pre-leased.

And while office employees have been hesitant to return to downtown LA’s high-rises, the two-story creative offices are about as welcoming as office space can be during a pandemic, Tecimer said. Each of the nine buildings features operable windows as well as garage-style rollup doors connecting indoor workspace with outdoor patios shaded by over 1,300 full-grown trees that will dot the property, allowing for socially distanced meetings in the open air.

Courtesy of OMP
A rendering showing one of the indoor-outdoor workspaces at Avion Burbank.

The development’s low-density plan means that employees won’t have to contend with crowded elevators or parking garages. Electric car drivers can pull into one of the 117 EV charging stations, right outside their building.

“The alternative for many of these entertainment companies is to rent out the fourth floor of a 30-story building,” Tecimer said. “You know that people aren’t coming back to work when that’s the environment they have to contend with.”

Though Hollywood, its neighbor to the south, may have a glitzier name, Burbank has been among the hottest growth markets for media companies in the last five years. In September, Netflix added 171K SF to its already sizable Burbank footprint to open up an animation studio, and Disney, Nickelodeon, Warner Brothers and Universal all have studios within the Burbank city limits.

“There was a lot of interest from several large media companies very early in the construction process, even when there was nothing but dirt and concrete on the site,” said Matt Hargrove, a vice chairman at CBRE, but he noted that interest has only deepened as those companies look for office space where they have control over their environment.

“Avion Burbank’s office component is the ideal product for returning safely back to work,” Hargrove said.

When the office buildings are completed at the end of Q1 2021, OMP will be offering them as condominiums, allowing individuals and companies to buy their workspace. Tecimer said that he has had success developing industrial condominiums before and that other office condominium projects in media-rich SoCal have prospered: media editing and production companies, as well as media entrepreneurs often prefer to own their spaces.

CBRE's Geoff Martin and Ryan Burnett, lead brokers for retail leasing at Avion Burbank, are currently negotiating four letters of intent with various retailers. They expect the project’s retail spaces to be around 40% occupied when they deliver in 2021. The coronavirus pandemic has not significantly impacted OMP’s plan for retail, Tecimer said, and he still expects a mixture of restaurant and café concepts that will supply the host of office employees at the site.

The last piece of the project to fall into place will likely be the 150-key hotel, which is expected to deliver in 2022. Tecimer said he and his team are in negotiations with several major operators who are hoping to take advantage of the hotel’s proximity not just to the airport and Metrolink public transportation, but to the Avion Burbank offices themselves, which he expects will be a destination for executives on business trips.

Throughout every piece of the development, Tecimer said, OMP has worked to keep the project sustainable. Avion is LEED Silver Core-and-Shell certified, and on-site solar panels will generate at least 10% of the development’s electricity. Multimodal “green streets” throughout the project will connect occupants with bike-sharing stations, public transit and the on-site restaurants and hotel.

“There’s a cohesive landscaping palate throughout the entire project,” Tecimer said. “We wanted to create a campus where, once you’re there, you have everything you need at your fingertips.”

This feature was produced in collaboration between the Bisnow Branded Content Studio and CBRE. Bisnow news staff was not involved in the production of this content.

CBRE SoCal
Over 75 years ago, CBRE took center stage in the greater Los Angeles and Orange County region as the preeminent provider of end-to-end real estate services. Today, CBRE continues to lead the region with 1,100+ professionals collaborating without borders across eight full-service offices. Our effective integration of all CBRE service lines empowers us to offer a one-stop solution for all your real estate needs. Whether you are down the street or across the region, CBRE of Greater Los Angeles and Orange County will deliver the market coverage you need and the full-platform vantage you deserve: a double-play commitment you won’t get anywhere else.
Confirmed! You are subscribed to the Bisnow Los Angeles E-Newsletter.
Most Read Stories
More Top Stories
Bisnow LA Newsletter
Bisnow LA Newsletter