For $1B, the right buyer could own their very own mountain in one of the most exclusive areas in Southern California.

Standing on the highest peak of the 90210 area code (Beverly Hills for those unacquainted with the former 1990s television show), the so-called The Mountain on Tower Grove Drive is reportedly the most expensive residential property ever listed for sale. 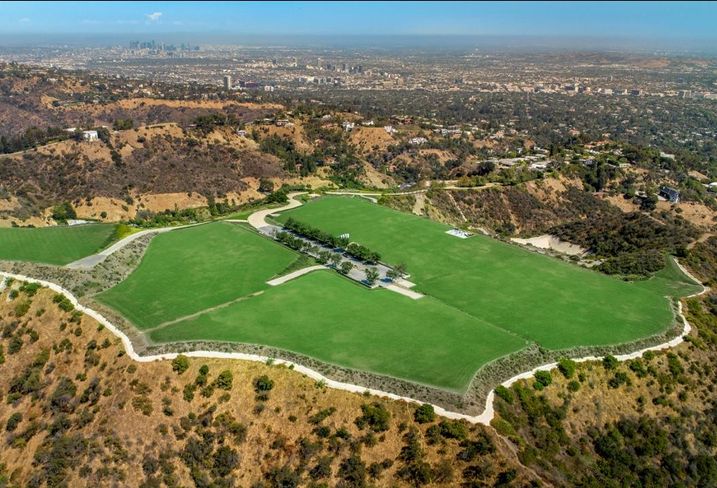 The property is so big it could swallow the 80-acre Disneyland and 55-acre Disney California Adventure.

While the property could be subdivided, The Mountain is best suited for buyers looking to build their own 1.5M SF compound, Aaron Kirman, the listing agent, wrote in an email to Bisnow. He said the owner could build a soccer field, an amphitheater, a helipad and a polo field side by side and still have lunch at the Beverly Hills hotel, which is a five-minute drive away.

It is “the crown jewel of Beverly Hills,” he wrote, calling it a unique investment opportunity.

“Until you see the 360-degree views of the entire basin of the city in person, you cannot even begin to understand the beauty and the sheer magnitude of the property," he wrote.

The Mountain encompasses 17 parcels. Six are made ready to build and zoned residential with each of the lots about two and a half acres, he wrote. Millions of dollars have already been put into infrastructure and landscaping, including 500 trees, 5,000 small plants, a security gate and a backup generator. 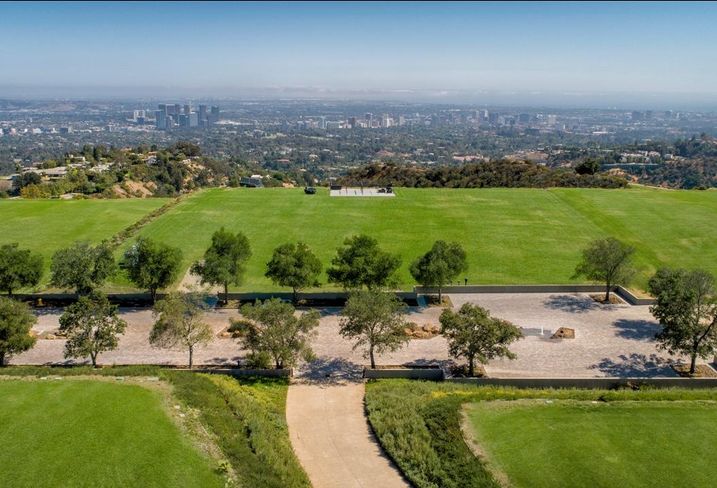 Kirman wrote the buyer could build three 500K SF homes and structures up to 48 feet high, 12 feet higher than normal.

“The views will be preserved into perpetuity as the building lots are approximately one-half mile away from the nearest neighbor, and the elevation of the land is such that no neighboring trees can become an obstruction,” he wrote.

The hilltop property has an interesting backstory.

The vacant land once belonged to Princess Shams, the elder sister of the late Shah of Iran. She sold it to television producer Merv Griffin, who then sold it to Herbalife co-founder Mark Hughes for $8M in 1997. When Hughes suddenly died in 2000, his trust took over the property and later sold it to a company called Tower Park Properties.

A court battle in 2015 led to the land being transferred to the current owner, Secured Capital Partners.

Kirman told the Los Angeles Times he plans to spend up to $1M marketing the property. He has already shopped it around to billionaires around the world. The price is negotiable, he said.