Marcus & Millichap has arranged the sale of two multifamily portfolios and is under contract for another that are all part of the Armor Portfolios, a 26-property, 642-unit collection of multifamily assets in Los Angeles estimated to be collectively worth around $112M.

The properties are owned by Pasadena-based Private Trust Management Group. The unidentified original owner died during the escrow process late last year. The trustees of the estate then chose Marcus & Millichap to handle the sale, according to Marcus & Millichap Senior Vice President of Investments Neema Ahadian. Ahadian is representing the client’s trust. 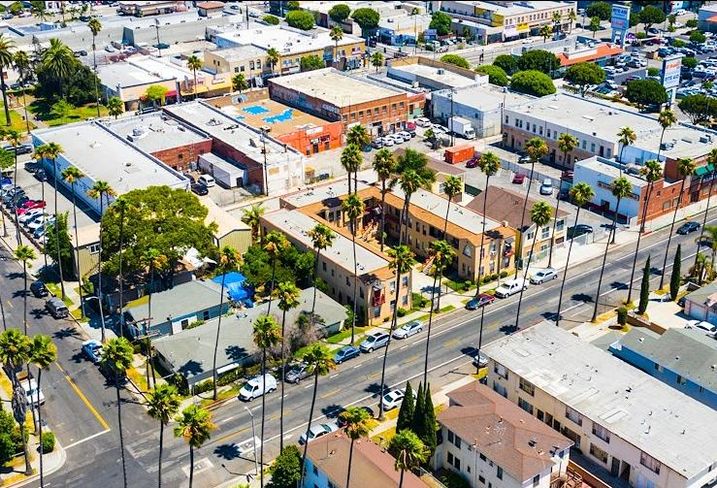 Courtesy of Marcus & Millichap
The Wilmington portfolio in Los Angeles

In the second transaction, an undisclosed buyer has acquired the Wilmington Portfolio, a three-property asset totaling 62 units for $9.4M. The properties are located at 920 Avalon Place, 1147 Broad Ave. and 822 North Marine Ave., all in Wilmington.

Ahadian told Bisnow that despite the state's new rent cap law that took effect in January, there is still heavy demand for multifamily assets.

"This [the rent cap law] did actually come up during the first escrow process. Only one of the properties in the entire portfolio was a non-rent-control building. When the new rent cap bill did pass, we were in escrow on the first five properties of the portfolio that did include this building," Ahadian said. "Ultimately, the buyer still saw the value in the upside of the property even if it would take longer than expected to achieve market rents, but fortunately the new bill did not affect any change in the purchase price that we were originally under contract for."

Ahadian said the multifamily market continues to remain strong in terms of transaction volume and demand.

"The need for value-add opportunities remains at the top of the majority of investors' lists, but people do continue to pay premiums for stabilized assets given the state of where interest rates are in the market today," Ahadian said. "I believe that the demand and transaction volume will continue into 2020, although you may see a more stagnant rental market." 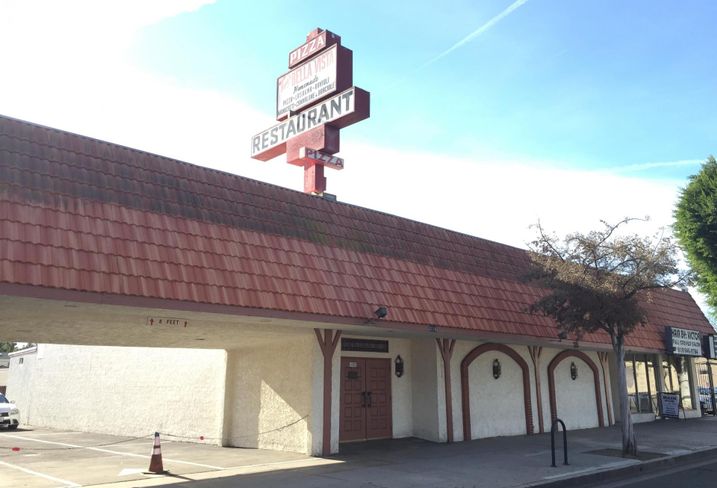 A private investor has purchased a 6,875 SF music studio in Burbank from Ocean Studios California for $3.35M. Built in 1927, the building at 435 South San Fernando Blvd. has a 2,035 SF tracking room, a 675 SF control room and four isolation booths. The new owner plans to occupy the building. NAI Capital’s Adam Comora represented the buyer.

A private investor has purchased a 10-unit multifamily property in the Toluca Lake submarket of Los Angeles from an undisclosed seller for $3.6M. The Colonial Manor Apartments at 4142 - 4152 Cahuenga Blvd. traded for nearly half a million dollars above list price, according to Lee & Associates’ Warren Berzack. Berzack represented the buyer and seller. Built in 1948, the 8,900 SF property sits on a 20,600 SF lot.

Bag Investments has acquired a 232-unit multifamily property in Canyon Country from a JV of Gelt and Uhon for $62.5M. Built in 1985, the Monterra Ridge at 28085 Whites Canyon Road is made up of 14 residential buildings on a 21-acre lot. The property features a mix of one- and two-bedroom units. Marcus & Millichap’s Institutional Property Advisors’ Joe Grabiec, Kevin Green and Greg Harris represented the seller.

Kiwi II Construction has purchased a 102K SF industrial building in Temecula from Hill Properties/Rustica-Hill Temecula for $9.35M. Built in 1988, the building sits on 5 acres at 40761 County Center Drive and is currently occupied by Walmart, which renewed its lease for three years after the closing of the deal. Avison Young’s Stan Nowak and Cody Lerner represented the buyer and seller.

Universe Holdings has acquired a 17-unit apartment building in Los Angeles from an undisclosed seller for $5.9M. Built in the 1950s, the property at 4325 Franklin Ave. is located in the Los Feliz neighborhood of Los Angeles. KW Commercial's Mason Canter represented the seller. Canter listed the property with KW Commercial's Ian Rhodes and Kimberly Green. 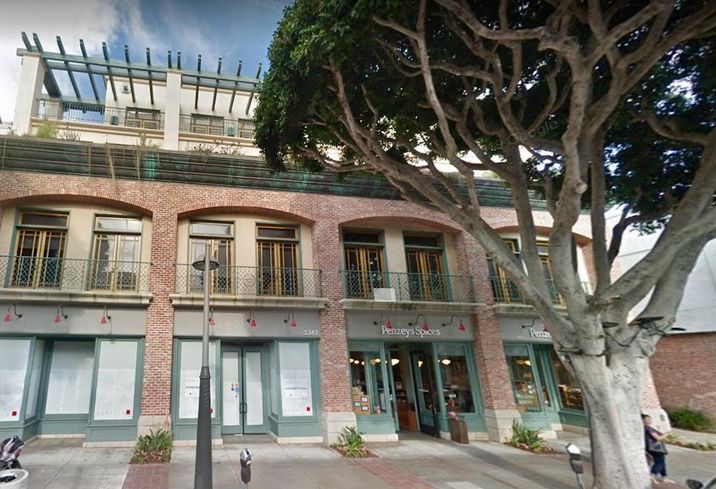 A private investor has purchased a 1,976 SF retail building in Anaheim from an undisclosed seller for $1.5M. A retail building at 3501 West Ball Road is a former Walgreens. The closing price represents one of the highest prices per square foot for a vacant building in Anaheim, according to the broker. KW Commercial’s FJ Feder & Associates’ Rami Meheraban represented the seller.

Video advertising firm Bliss Point Media has signed a five-year lease with Transwestern to occupy 10,500 SF of office space at a mixed-use property at 1351 4th St. in downtown Santa Monica. Bliss will occupy the entire second floor of the four-story building. The financial terms of the deal were not disclosed. CBRE’s Mark Landver represented the tenant.

Marketing and advertising agency Quantasy has signed a lease with Arts District Development to occupy 13,500 SF of office space at 312 South Alameda St. in the Arts District in downtown Los Angeles. The former warehouse was converted into an office property. CBRE’s Mark Landver represented the tenant.

On behalf of Cantor Commercial Real Estate, CBRE arranged an $18M refinancing for the the 74K SF Westlake Village Marketplace at 5752 Lindero Canyon Road in Westlake Village, and a $13M refinance for the 35,800 SF Aliso Viejo Plaza at 26852 La Paz Road in Aliso Viejo. CBRE’s Sharon Kline and Marina Massari arranged the 10-year loans, both with full term interest only. 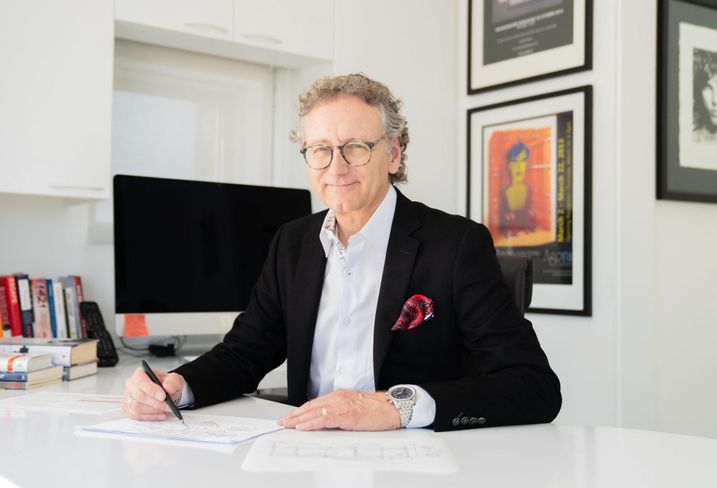 Succeeding Armstrong will be Kenneth Wink, who has been promoted from executive vice president to CEO. Wink has worked for the company for 25 years. As CEO, Wink will lead the company's overall vision, growth and management.

Jay Todisco has been promoted from executive vice president to president. Todisco has worked for Ware for more than 20 years. As president, Todisco will oversee the overall growth and business development for the company.

Chief Financial Officer Tobin Sloane has also been promoted and will serve as the chief financial officer and in the additional role of executive vice president. With Ware Malcomb for more than 15 years, Sloane will be leading the company’s financial functions and directing the accounting, administration, contracts, legal and human resources operations.

Managing Director Andrew Witt has been promoted to the new position of chief operating officer of Global Credit. Witt joined Colony in 2007. Witt will lead Colony’s credit business managing the operational and investment-related aspects of both private and public credit at Colony Credit Real Estate. He will also continue to serve on the credit committee and investment committee for Colony Credit.

Managing Director and Head of Strategy at Digital Bridge and Digital Colony Kevin Smithen has been promoted to managing director, global head of Strategy and Capital Formation. Smithen will expand his role and help implement the firm’s digital Colony 2.0 strategy to build a platform for digital real estate and infrastructure, and lead institutional capital formation across Colony’s global investment management business.