The Bend on the LA River has just been completed. 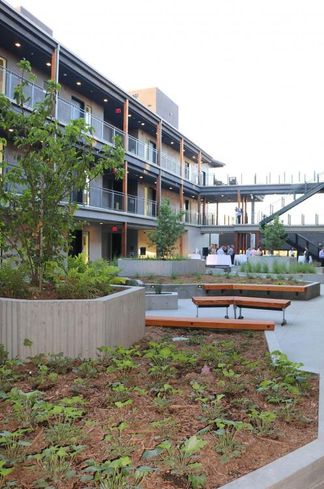 Courtesy of KFA
The Bend in LA

Santa Monica's KFA was the architect for the three-story, 40K SF mixed-use creative campus, which has 40 live-work units around a landscaped central courtyard.

Terra River LLC developed The Bend. The project, which is along the LA River, was built reusing a 1947 bow-truss riverfront building.

It also incorporates a vacant lot once used as an excavation equipment yard. 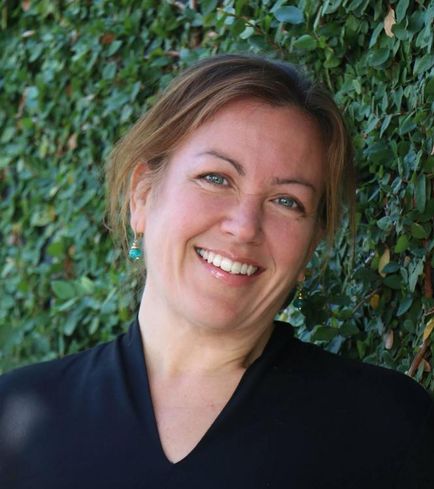 KFA partner Lise Bornstein said the firm was very interested in the project.

"It is exciting and intriguing for our office to be a part of the larger plans for the Los Angeles River renaissance by bringing life to the river’s edge on what was a former industrial site," she said.

The new construction, set 60 to 90 feet back from the river, will have 32 studios and eight three-bedroom units arranged in a U-shape around the courtyard.

Three of the units will be reserved for very low-income households.

There will also be discounted rents offered to nonprofits or businesses that serve the community in the development's commercial space.

Terra River plans to lower or remove a seven-foot concrete wall later that separates the property from the river so the building can be opened to the LA River bike path. 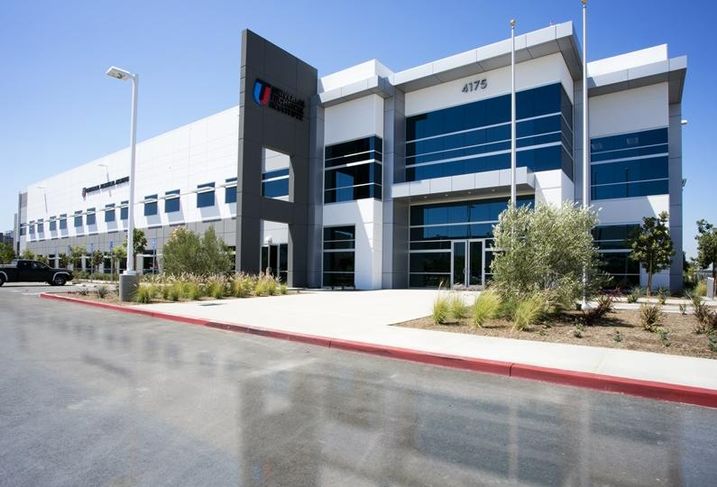 CBRE Group brokered the sale of Pacific Pointe at Douglas Park in Long Beach to Rexford Industrial for approximately $30.6M.

The building, at 4175 East Conant St., is 100% leased to Universal Technical Institute through August 2030.

The property is a newly constructed 32-foot-clear LEED-certified building totaling 143K SF and is not far from the Ports of LA and Long Beach. 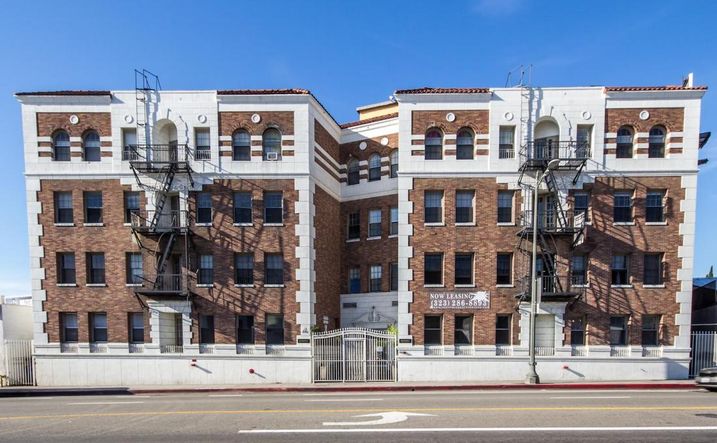 Avondale Hollywood, a 58-unit apartment complex at 1825 North Cahuenga, sold to a private investor for $11.5M.

The 1920s-era, four-story building underwent a capital improvement project to upgrade the interiors and the plumbing and add a new lobby after Vista bought it four years ago.

The firm invested more than $500K to reno the three-story, 32-year-old property.

Each of the studio, one- and two-bedroom units now has stone countertops, modern stainless steel appliances and upgraded fixtures. 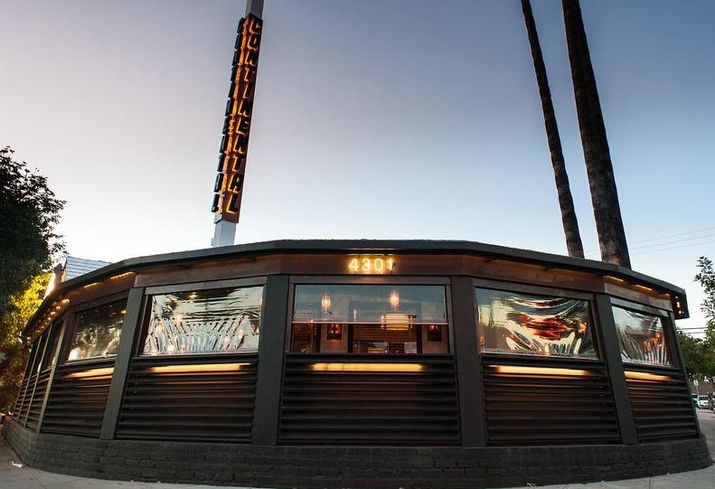 CBRE Group brokered the sale of a retail redevelopment site at 4301 West Riverside Drive in Burbank to Cypress Equity Investments, a real estate investment company based in LA, for an undisclosed amount.

The property is a 6,869 SF full-service restaurant, and has two walk-in coolers and dry storage. The new owner plans to fully remodel the site to accommodate new retail uses such as restaurants, coffee shops and fitness centers. 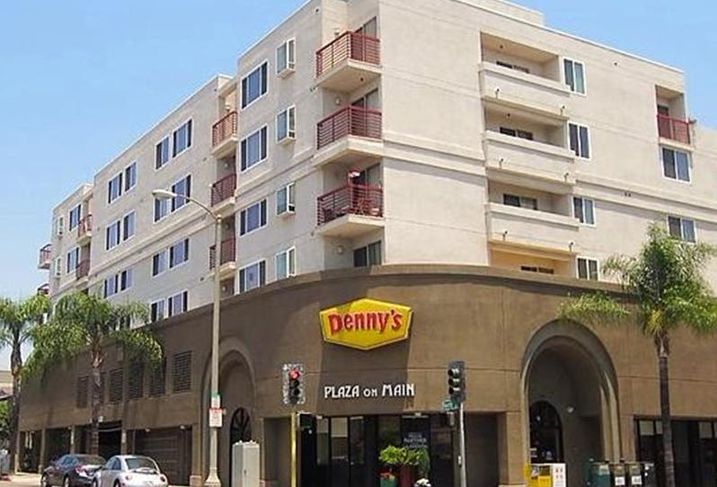 Courtesy of Newmark
Plaza on Main in Alhambra

Newmark arranged $16M in permanent financing for Plaza on Main in Alhambra.

The six-story, 110-unit multifamily property with 8,600 SF of ground-floor retail is on Main Street in downtown Alhambra and within walking distance of local retail, including Target, Costco, Edwards Theater and LA Fitness. 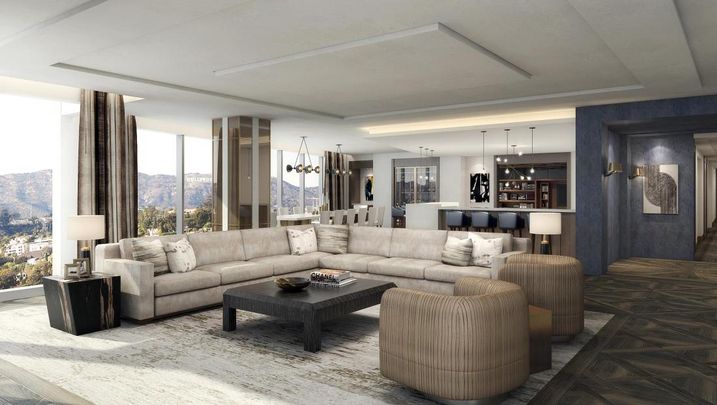 Courtesy of SFA Design
The Residences at W Hollywood tower

Above the Penthouses, on the top floor of The Residences at W Hollywood and adjacent to the W Hollywood Hotel, are now on sale.

Above the Penthouses includes open-concept floor plans, luxury amenities and Hollywood views. The units range from 2,395 to 5,078 SF and go for from $3.5M to $9.5M.

They were designed by SFA Design. 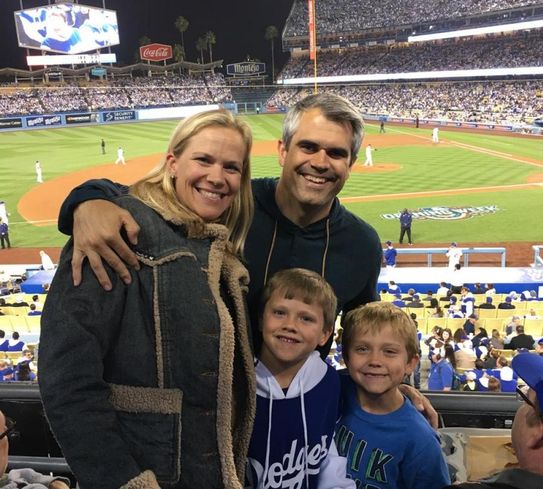 Collins will be based out of Cushman & Wakefield’s Downtown LA office.

In his new role, Collins will rep owners, investors, developers and occupiers throughout Southern California.

He has more than 17 years of commercial real estate experience.

Previously, he was senior vice president at Lincoln Property.