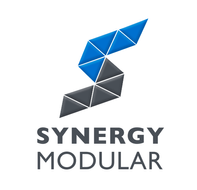 On paper, modular construction sounds right for every project, as a sustainable, low-cost and expedited way to develop multifamily and commercial spaces.

In reality, the decision to go with modular construction isn’t that simple.

“There’s a growing interest in modular construction but not a lot of experience,” Synergy Modular CEO Justin Stewart said. “Most developers don’t know where to start, how to leverage this construction option properly or even who to rely on for guidance or support.”

Even though modular construction has been around for years, those who use it in the U.S. are still seen as early adopters. A lack of abundant experience in the industry can make prospective developers feel like they’re wading into an unknown and unproven strategy. There are many challenges involved in modular construction, especially when the strategy isn't considered until after development has begun.

But with a wide portfolio of modular projects delivered and under development, Synergy Modular offers comprehensive construction management and general contracting services to help developers mitigate risk factors. The company's sustainable projects include properties that use full or partial modular construction strategies.

The first challenge many developers face results from their preconceived idea of the project. If they start with a target revenue and attempt to work backward, they may conclude that modular construction will never work. But Stewart believes that working backward misses the purpose and value of modular projects.

“The developers have already pigeonholed their project by viewing the development plan or design in a traditional way,” Stewart said. “They are trying to fit modular construction into the project, but the benefits of a modular approach are greatest when a developer uses a floor plan-first perspective.”

Ideally, Stewart recommends that developers begin considering modular construction at the drawing board. As development moves forward, it becomes more difficult to convince investors to backtrack, even if a return to the design process will create a more streamlined path to permitting and approval processes. However, when an experienced modular construction team is brought in to consult on the project from the start, it is easier to maximize the benefits of a modular construction approach.

“If a project is still in the conceptual phase, developers should enlist a team of experienced professionals who can look at the project holistically,” Stewart said. “They’ll assess whether modular is practical for the project.”

Without a knowledgeable team in place, developers often have a difficult time generating and implementing a successful development plan for their modular projects. Many contractors and subcontractors don’t know how to price modular projects correctly. A lack of information, an absence of a tried-and-true road map and the limited number of mainstream modular success stories can also make it difficult for developers to deliver enough confidence to secure lender investment.

“The velocity of capital and timing create additional issues. There’s a lot more front-end work required for a modular project, which means a clear road map to completion is critical,” Stewart said. “Done correctly, you’re not reinventing the wheel when it comes to designing floor plans and building better places to live.”

For example, by focusing on the end use of the building first, developers can create an optimal floor plan that is repeatable. By using this approach, developers create a higher-quality building and optimized living environment. Alternatively, the current design process that many developers use first focuses on the shape of the building and then dividing the space into units. This approach ultimately leads to compromises that negatively impact the end user experience and significantly increases costs.

Synergy Modular helps developers overcome these challenges by offering a full feasibility outlook of any project at the beginning of the project’s development. It partners with experienced architects and leading consultants in the modular field and uses their combined modular experience to look at the project holistically. Developers are then given a detailed, predictable road map that includes code analysis and code study, massing options using optimized floor plans, 3D box layouts, predevelopment scheduling, construction scheduling, financing timelines and reliable cost estimates for the entire process.

“Developers can certainly benefit by engaging Synergy for their modular projects,” Stewart said. “We bring an experienced team with the skills needed for modular development and construction. This includes everyone from the architect and engineer to the lender, general contractor and modular supplier. Experience in modular development and construction is critical in giving you the confidence to overcome the pain points and predictably deliver your project with the expected results.”

This article was produced in collaboration between Synergy Modular and Studio B. Bisnow news staff was not involved in the production of this content.

Synergy Modular
Synergy Modular is an industry-leading commercial General Contractor specializing in prefabricated and volumetric modular construction. Modular construction done correctly actually inverts the typical order of operations and is also built with much tighter tolerances than site-built construction, which demands much greater attention to detail throughout the entire construction process. Synergy Modular has developed specific processes and procedures tailored to manage and execute a volumetric modular project efficiently and successfully. Synergy Modular offers all of the services you may need from our comprehensive Feasibility Packages to full-service pre-construction support and first-class General Contracting services. Contact Synergy Modular today and know with confidence how much your project will cost and when it will be complete.
Confirmed! You are subscribed to the Bisnow Los Angeles E-Newsletter.
Most Read Stories
More Top Stories
Bisnow LA Newsletter
Bisnow LA Newsletter