The Gardena-based Faraday Future broke ground on the 1M SF site in March. 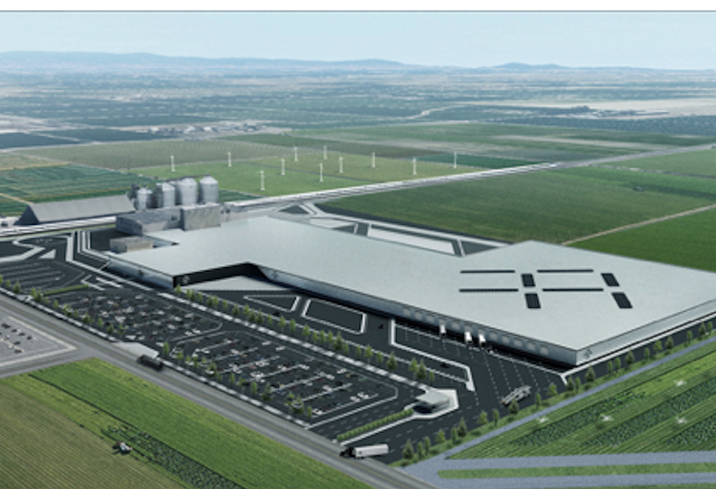 The factory is in Central California, just south of Fresno and about a three-and-a-half-hour drive north of downtown Los Angeles.

“We are honored to be chosen as the general contractor for Faraday Future’s Hanford factory in the valley,” Bernards Vice President Falco DiGiallonardo said in a news release. “EV is the future of mobility and we look forward to working with FF to have the factory set for production later this year.”

The start of construction for a factory marks a significant step for the embattled company that once was believed to rival Tesla in the electric vehicle market.

The company made headlines at the 2016 International Consumer Electronics Show when it unveiled a sleek, sporty 1,050-horsepower electric car, with a 378-mile battery, called the FF 91.

But since then, the company has been saddled with debt, executive departures and other issues.

The company received a billion-dollar investment earlier this year to keep it afloat and ready to begin production on its first vehicle by the end of the year.

The company said the facility will employ up to 1,300, working a three-shift schedule.