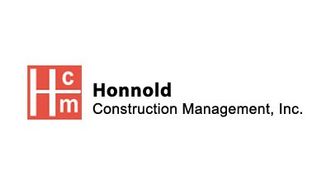 Television has changed significantly over the past two decades and The Television Academy felt that its North Hollywood headquarters should as well.

Earlier this summer, the organization hosted the opening celebration of the $34M Saban Media Center and the 600-seat Wolf Theatre, a project that Honnold Construction Management helped bring to life.

Click here to view a time-lapse video of the entire project from start to finish.

The new development is outfitted with cutting-edge technology and amenities, including a glass-enclosed pre-function area and lobby, Dolby's new ATMOS audio and video systems, and an impressive cantilevered second floor conference center with offices for the Academy Foundation.

“Managing this project for the Television Academy was one of the most rewarding projects in my 42-year construction career,” Honnold Construction Management president Bill Honnold tells Bisnow.

“All projects have their own set of challenges,” he says. “Construction of the Saban Media Center and Wolf Theatre was especially difficult because of its location on the site. We were literally fighting for inches in order to fit the required number of seats in the theater. This required creative design and construction solutions from the entire team.”

But the team made it happen. Today, the Saban Media Center and Wolf Theatre represent a new destination for the Television Academy’s members, industry partners and the public. Bill says the importance of this theater to the Television Academy and its technology partner, Dolby, unified the entire team to achieve the Academy’s vision.

“I love the building architecture and the engineering that went into this project,” Bill says. “The 18-foot cantilever of the second floor is a sight to behold. And the interior design of the theater is spectacular.

The theater met, and perhaps even exceeded, the client’s expectations, and Bill tells Bisnow it wouldn’t be possible without the project’s talented team.

“My favorite part of this project was working with an incredible team. It says a lot when you truly miss the people you worked with for over two and a half years. I’m a very lucky man to have managed this project.”

The undertaking is a key part of the academy's "New Look, New Vision, New Destination" fundraising campaign geared towards upgrading the organization's facilities and providing funding for educational and archival services.

Upon the opening of the center, $30M of the $40M goal had been reached.