Think of Fred Allen as a very young man, with a half-century of world-class experience. 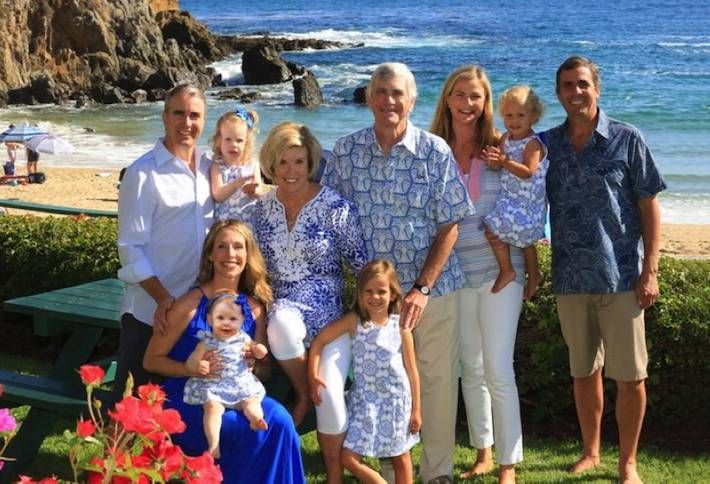 The guy who supplies the first name to the Allen Matkins law firm, a powerhouse of the real estate bar, is as energetic as ever. At age 76, he’s lawyering every day, recently on matters like conversion of the Beverly Hills post office to mixed-use, residential development around a Palm Desert golf course, and creation of a Westside location for a Whole Foods. He continues to mentor young lawyers, and work as a tireless ambassador for the firm helping reel in new business. Sometimes he’s up in Palo Alto as an overseer of the Hoover Institution or in DC as a member of the Real Estate Roundtable. And most weekends, you’ll find him, as above, in Laguna Beach with wife Kathleen and various combinations of two sons, their wives, and four granddaughters under the age of 5. 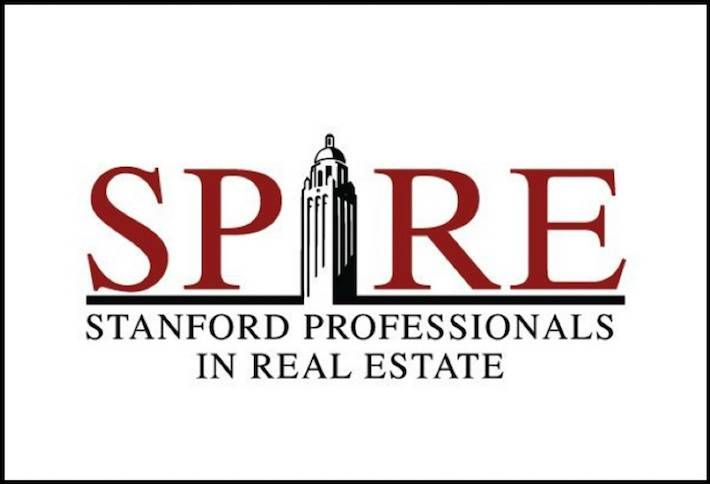 So it's crazy that the Stanford Professionals in Real Estate—a Who's Who of national real estate figures schooled in Palo Alto—can think he's old enough to be inducted into their Hall of Fame. But the records have been checked and Fred appears to be a parchment-carrying Cardinal ('61) and one of the most noted real estate lawyers in America. It's a ceremony so popular it will be held for Fred (and equally extraordinary inductee Peter Bedford) not once but twice: banquets Oct. 21 at the California Club in LA, and Nov. 12 at Stanford. But even Fred must know he's become an institution; he says he now has as clients the kids and grandkids of his original clients. 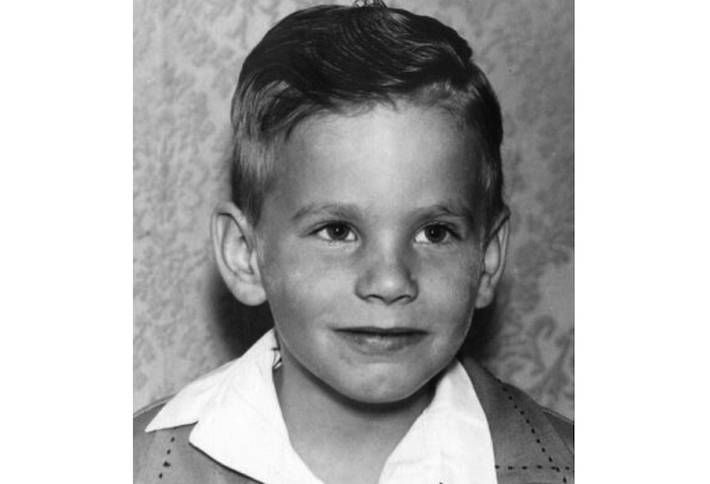 As if out of a storybook, Fred comes from sturdy mid-American stock. He grew up in Kansas City, MO (born in the same hospital as developer Bob Lowe); moved at age 9 to South Texas near San Antonio, where his mother was from; and finally, before high school, to California's Imperial Valley where, according to the motto he first saw at the airport, "The sun spends the winter." His Uncle Bud, a local who’d started a ready-mix concrete, sand, rock, and gravel company after WW2, fascinated Fred as an entrepreneur and became his mentor. Fred worked for him during high school and college, starting the day at 4am, at first doing "hard labor," then being tasked to business functions and riding along with Bud to exotic western towns with names like El Centro, Brawley and Calexico. In the process, Fred got a love of construction and achieved what he calls a "roadside MBA.” 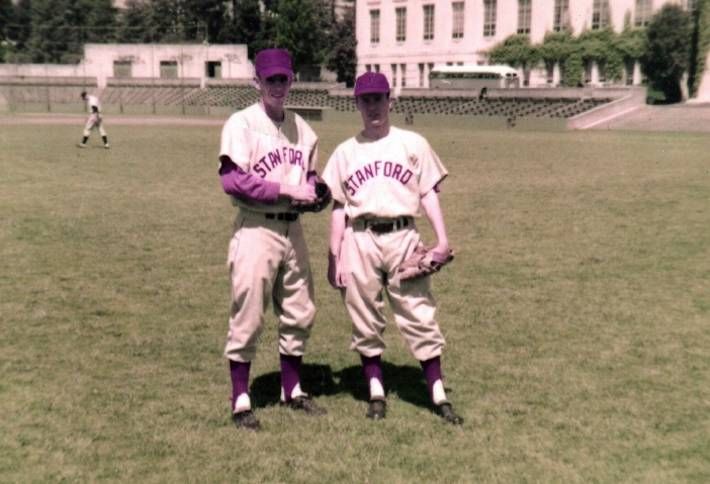 This was the era of Sputnik, and Bud suggested he devote himself to math and science and go to Stanford. Fred applied in aeronautical engineering, but became smitten by history, philosophy and economics. He was social and competitive; in high school had been student body president, played all sports, and was nicknamed Brazo de Oro ("golden arm" in Spanish) out of respect for his passing. At Stanford, he was assigned to Soto House at Wilbur Hall. He joined the freshman baseball team at second base and shortstop (above, Fred’s the tall guy on the left), and later the Fiji House fraternity and Navy ROTC. 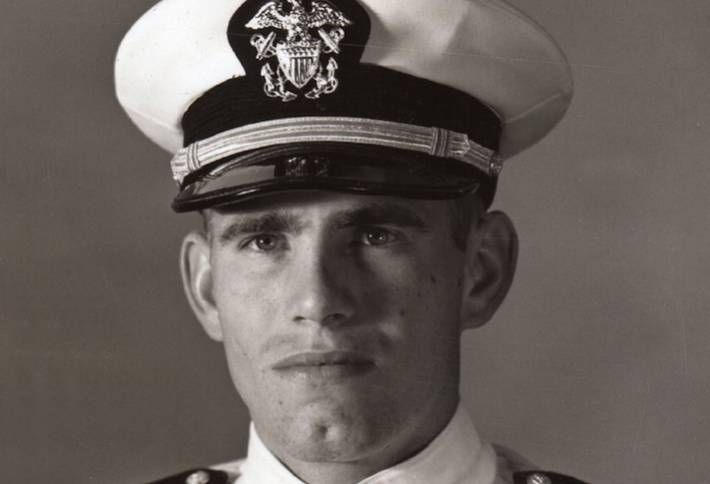 Graduating in '61, Fred went off as a line officer on the Ranger, a Forrestal class aircraft carrier with 4,000 colleagues and 110 Phantoms F-4s, A-1 fighters, and A-3 twin engine bombers. He served two years, and went twice to the Pacific, standing bridge watch, running athletics and entertainment, gaining respect for pilots who landed at night and in rainstorms, and at age 22 even helping drive the ship as the Officer of the deck. In ’64, he came back to California, marrying his beloved Kathleen, the little sister of a Stanford friend. (Spoiler Alert: In August the Allens celebrated their 51st anniversary.) 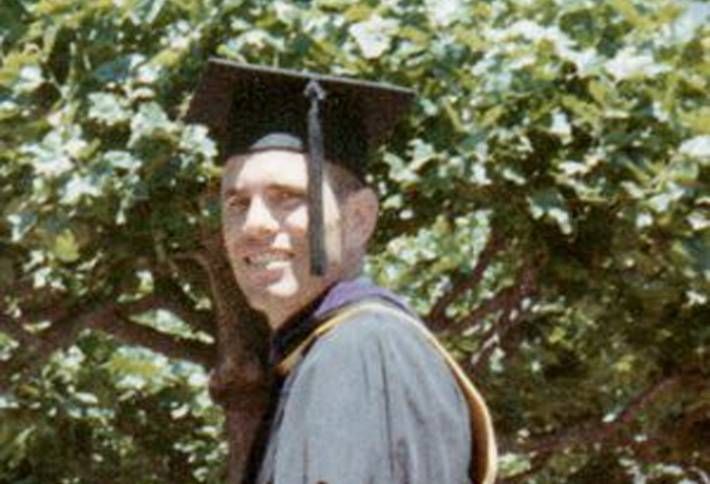 He topped off his career preparation with a law degree from UC Hastings in '66. Originally aiming to become a developer, Fred decided to first learn the field at 100-year-old business law firm Stephens Jones. It had represented George Allen Hancock of Hancock Park in the '20s, and several decades later Cabot Cabot & Forbes of Boston when it bought a raw 7,000 acres that became Laguna Nigel. Fred started doing sophisticated deals from the moment he got there, tutored by senior partner Maury Jones, who became his new mentor; working regularly on deals with a young Mort Zuckerman, then at CC&F; and learning to recruit top talent, like Rick Mallory (who came by way of USC '66 and Stanford Law '69). Getting credit for his military service, Fred became a partner after only four years in 1970. 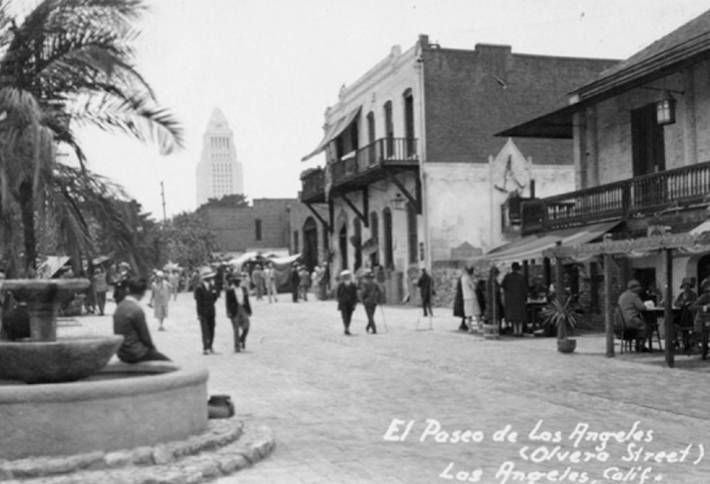 The experience put him in the lineage of a storied LA history. Firm namesake Raymond Stephens of Tennessee had come to Los Angeles on stagecoach after the Civil War, when there were only dust and flies on Olvera Street. Though he'd never gone to law school, Stephens ran for judge, beating out law firm founder Henry O'Melveny's great-grandfather, who came from Illinois, where he had known Lincoln and Douglas. When a law library was needed, Stephens helped create the LA bar and became its first president. Stephens Jones eventually located on Spring Street with all the other law firms, and had 10 attorneys when Fred joined; over the 10 years he stayed, it more than tripled in size. 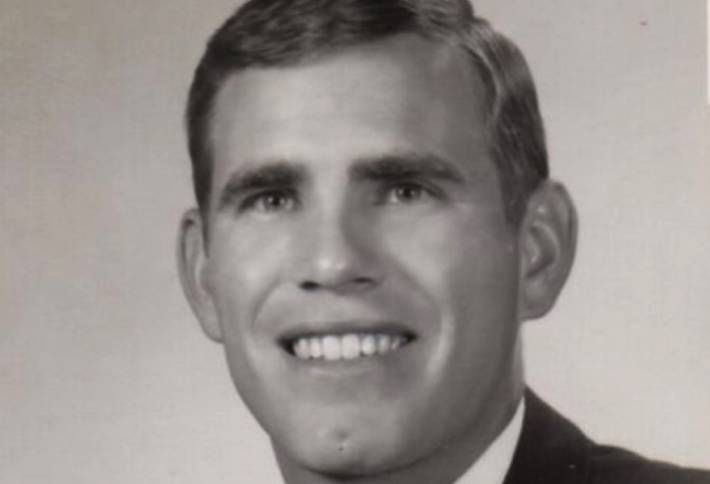 Fred (pictured here as a first year associate) became a driving force in its growth. He hired Mike Matkins, Brian Leck and John Gamble as first years in 1970. Brian and John were from North Hollywood and had gone to elementary school, high school and Stanford together. Leck played No. 1 on the tennis squad at Stanford and had come to know Matkins, who did freshman basketball. Fred had tons of work to give his eager protégés. But by 1977 the firm was at a crossroads—it had 35 lawyers but the founders were thinking retirement and didn't want to grow more. Matkins, Leck and Gamble decided to go out on their own; Fred encouraged it and sent them work. In time, Stephens Jones dissolved; it was friendly and what Fred calls a "divorce without a fight." 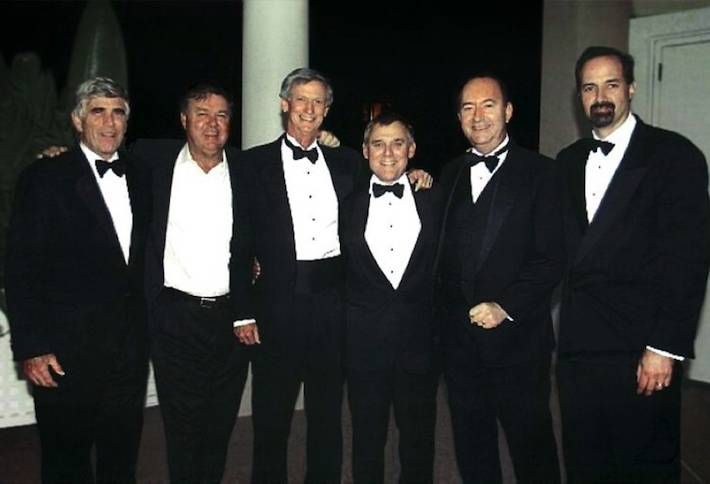 Fred and Rick hung out an Allen & Mallory shingle for 60 days, but soon joined their former colleagues to form Allen Matkins Leck Gamble & Mallory. Everyone worked 25 hours a day. The original eight lawyers at 707 Wilshire (on the 54th floor, allowing them to claim they were the "top" law firm in LA) quickly doubled, then tripled. They requested that clients pay them "by return mail," avoiding invoices that would sit uncollected for six months as bigger firms allowed. They made their fiscal year July 1, calculating it would be easier to collect from clients mid-year. Today Allen Matkins is a thriving 200 attorneys, soundly defeating the ancient wisdom that real estate-only law firms can't survive. It has five offices (LA, Century City, San Diego, OC and SF), in 1991 adding Tony Natsis to the practice (and his name to the firm in 2006). Above: a rare picture of the name partners, demonstrating their organization skills by lining up according to the order of the firm’s official name (Allen Matkins Leck Gamble Mallory & Natsis)—with Mike Matkins characteristically breaking the discipline slightly by his choice in neckwear. 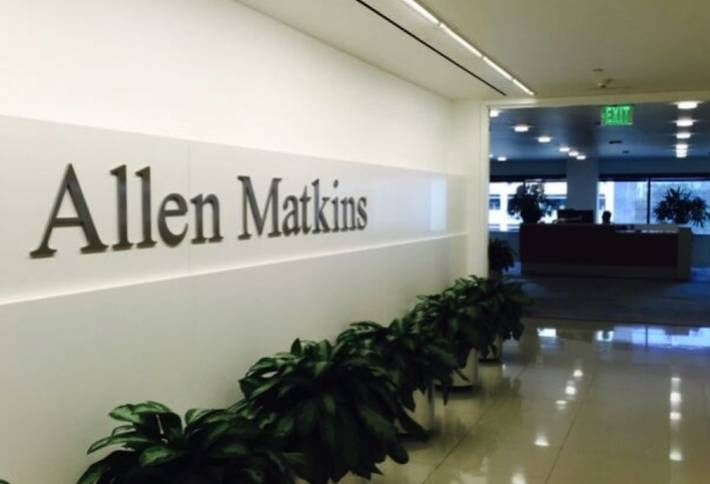 In 38 years, Allen Matkins has had something to do with practically every major real estate project in California, from the towers of downtown LA and Century City, to the continuing breakneck development of Orange County, San Diego and San Francisco (including Mission Bay, Embarcadero Center and now Salesforce Tower). 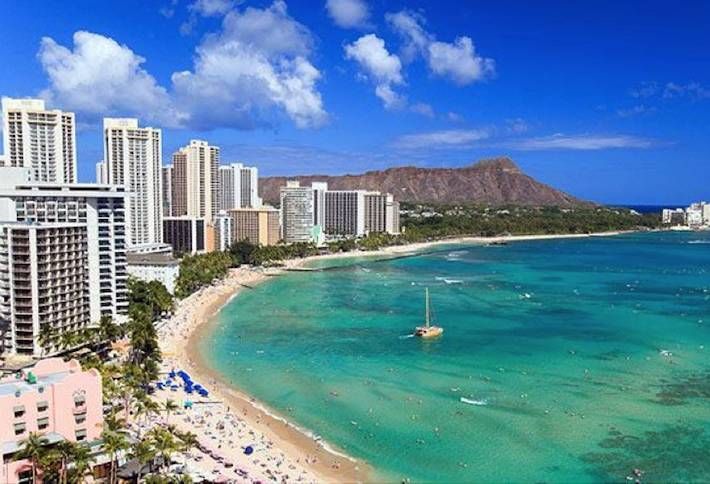 But wait, there’s more! Fred and his firm have gone big in Hawaii, even without an office there. In fact, he thinks not having one actually means fewer conflicts and more business. They’ve worked on the famed Halekulani Hotel in Waikiki and the Hualalai Four Seasons on the Big Island, for the Kelley family of Outrigger Enterprises on Waikiki Beach Walk, and basically on every building you see in this picture. For 50 years, Fred and Kathleen have loved going back and forth. Their sons have loved to surf and their wives have loved to ride horses. And there’s one more thing… 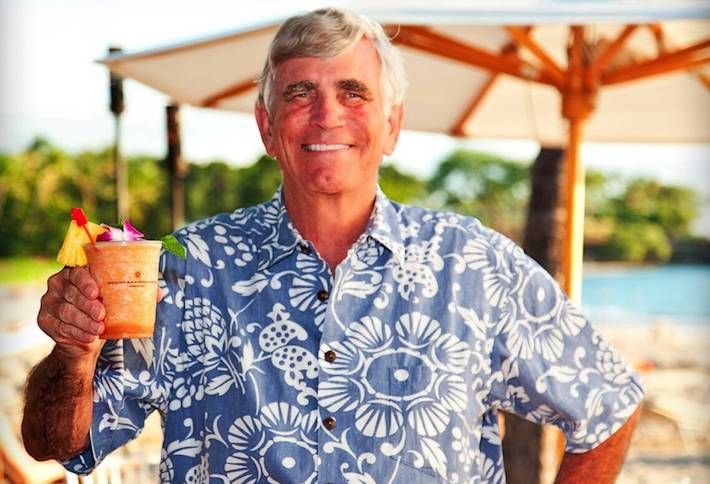 At the Mauna Kea Beach Hotel on the Big Island, Fred and Kathleen invented the “Fredrico.” You guessed it: That was Fred’s Stanford nickname. Consisting of tropical juices, light rum and Jack Daniels, the Fredrico has become the hotel’s signature drink the last 25 years. It even has a website. Our only question is: Since Fred and Kathleen are known for other non-stop travel around the globe, are there dozens of other drinks out there they haven’t told us about?