As health officials and local leaders attempt to contain the spread of the coronavirus, which causes COVID-19, those who work along the docks that help carry and bring in the billions of dollars in shipments imported worldwide are already seeing the negative impact.

The two biggest ports on the West Coast, the Port of Long Beach and the Port of Los Angeles, which together handle nearly $400B in trade each year, are reporting a year-over-year drop in cargo of up to 22% in February. 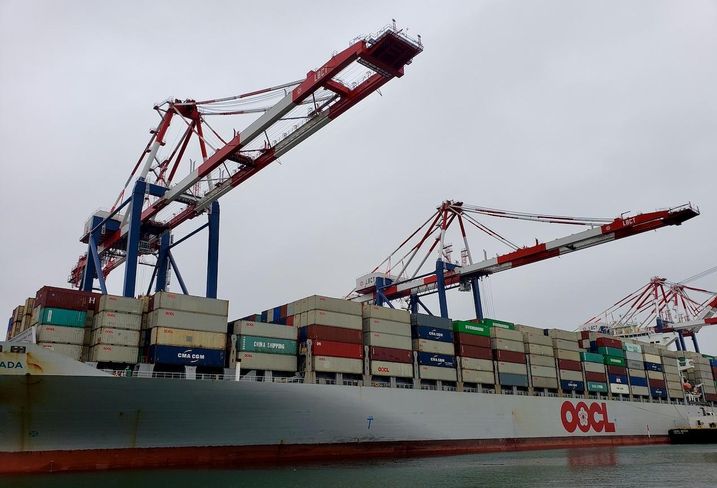 Bisnow/Joseph Pimentel
Shipping containers at the Port of Long Beach

Already grappling with a costly trade war with China, port officials say the coronavirus has compounded the problem. As of Friday, Johns Hopkins has reported more than 137,000 coronavirus cases, resulting in 5,000 deaths. The World Health Organization declared it a pandemic earlier this week.

Los Angeles Port Executive Director Gene Seroka said that he expects business will be down 15% for the first quarter of this year.

“We’ve had 41 vessel cancellations from the middle of February through April 1,” Seroka told Market Report. “That would amount to about 25% of our normal ship calls. Today in port we have four vessels, when we normally would have 10 to 12.”

The loss of cargo also means the loss of jobs, and unions that represent the workers who move the supply chain smoothly amplified their alarm over the situation this week.

"As the crisis from the coronavirus deepens, the Teamsters are deeply concerned about the economic and health vulnerability of America’s port truck drivers, the vast majority of whom are misclassified as 'independent contractors' and thus are denied basic workplace protections like unemployment, disability, and paid sick leave," Eric Tate, assistant director of the International Brotherhood of Teamsters Ports Division and secretary-treasurer, Teamsters Local 848, said in an email to Bisnow.

The International Longshore and Warehouse Union, which represents dockworkers from longshoremen, clerks and foremen, are reporting job opportunities are down 55% to 80%.

“Our number one priority is the health and safety of our members, and as always, we are exercising all necessary precautions," an ILWU spokeswoman said in an email to Bisnow. "This is a unique threat to both the global and local economies. ILWU members continue to work hard to ensure that cargo flows through the ports, even in the face of a worldwide outbreak.” 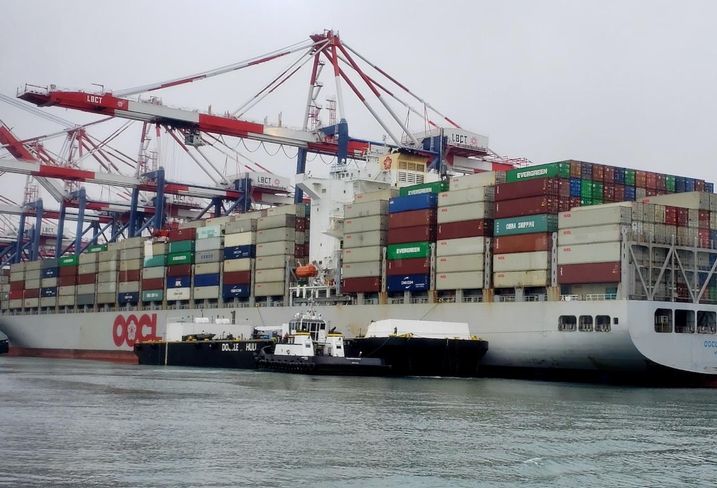 In Wuhan, China, where the outbreak started, there are more than 160 manufacturing factories that service the global construction industry, according to Alexis Montano, an associate at Squire Patton Boggs, an international law firm. Dodge Data & Analytics, which tracks the construction industry, reported about 30% of building products imported to the U.S. come from China.

"The threat to the construction industry may not be detrimental since companies have been forced to source materials outside of China after President Donald Trump announced the increased tariffs on Chinese goods last year," Montano wrote. "However, as the outbreak reaches other countries, the risk of project delays are inevitable as factories shut down and supplies are shipped late or not at all."

“There are no longer warehouses stocked with inventory in the United States awaiting customers," Ronen said in a statement to Bisnow. "We have become so dependent on China for production, it’s unclear if the U.S. manufacturing industry can produce the materials needed in lieu of Chinese imports. The result could be significant project delays, and cost escalations for ventures that have not broken ground.”

The lack of shipments coming in has hit unions hard, and it is expected to reverberate on to other industries that rely on parts or materials from China.

While companies around the nation are telling their workers to work from home, longshoremen, clerks, foremen and truckers don't have that luxury. Typically, union and non-union workers come into dispatch halls where they see job postings for the day. Jobs are given based on seniority. If there's an abundance of jobs, then non-union workers called "casuals" will get the job.

The ILWU Local 13, which represents longshoremen, say jobs are down 65% compared to last year. The ILWU Local 94, the local chapter that represents foremen that oversee work on the dock, say work opportunities are down up to 80% year-over-year.

The economic hit is just the beginning, Cordero said. January and February are normally slow months for the ports because of the Lunar New Year in China, where factories close down for about two weeks, Cordero said. In an effort to limit the spread of the coronavirus, which has infected more than 80,000 people in China, many factories in China are still not operating at 100%, Cordero said.

Cordero said he expects the true impact of the coronavirus and tariffs to really occur in another 30 days or so.

"No matter what industry you're in, in this global community, it's about that connection," Cordero said. "If those parts are delayed in China then those projects here are delayed. It's a domino effect. Everyone is dependent on a product or a component of the product [The coronavirus] is a huge economic hit."