California Election: Keep An Eye On These Things On The State, Local Ballots

State voters will decide on 11 propositions in the California General Election on Tuesday.

Here are the state propositions that could affect the state's commercial real estate landscape, as well as what is being decided at the local level. 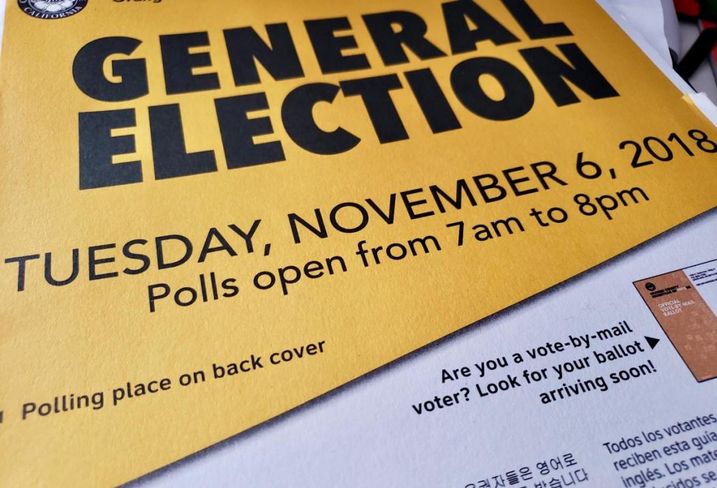 The measure allows the state to issue $4B in bonds to fund several affordable housing and veterans programs.

The state will sell $4B in general obligation bonds to investors. The state expects to use about $170M from the general tax revenue to pay off the bonds in 35 years.

The measure allows the state to sell $2B in bonds to fund the construction of housing and for support services for mentally ill homeless people and/or those in need of mental health services on the brink of homelessness.

The state will pay back the bonds at about $140M a year through Prop. 63, which was passed in 2004. More commonly known as the millionaire's tax, Prop. 63 levies an additional 1% tax on incomes above $1M to fund mental health services.

The measure authorizes the state to sell $1.5B in bonds to fund grants for construction, expansion, renovation and other capital improvements of children's hospitals and hospitals that provide services for children.

There are 13 children's hospitals — eight private nonprofits and five at the University of California medical center campuses. According to the measure, the money would be split with 72%, or about $1.08B, for the private nonprofit children's hospitals; 18%, or $270M, for the UC medical center campuses; and 10%, or $150M, for public or private hospitals that have services for children.

The state will sell the bonds and repay the funding with interest using the state's general tax revenue.

Proposition 5: Changes Requirements For Certain Property Owners To Transfer Their Property Tax Base To Replacement Property

A yes vote would allow seniors who are age 55 and over, severely disabled individuals and someone whose property has been impacted by a natural disaster to carry over their home property tax assessment to a new home regardless of price.

Normally, once homeowners sell their old home and move into a newer, higher-priced house, they would have to pay a higher property tax depending on the cost of the new home. Even those downsizing, if they have been in their homes long enough, run the risk of paying a much higher property tax bill if they lose the property tax protections they have in their current homes.

There is an existing exception. If a senior, someone who is severely disabled or someone whose property has been impacted by a natural disaster moves within the same county and into a different home valued at the same or less than their existing home, they would be able to transfer their old tax base.

Proposition 5 would allow eligible seniors and eligible homeowners to transfer their former tax base into a new home throughout the state and regardless of price.

The passage of this measure could lead to more construction of new and higher-valued senior housing throughout the state. 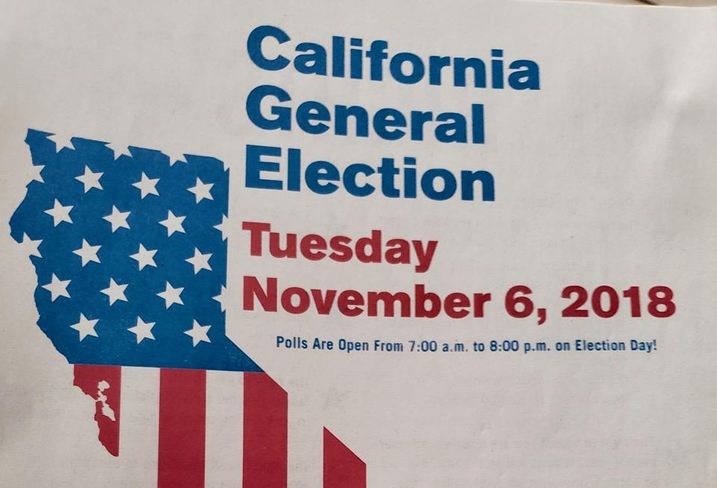 State lawmakers last year passed a transportation law that increased the tax on gasoline and diesel fuel to fund repairs and improvements of roads, highways, freeways and public transportation.

A yes vote would repeal the 2017 Road Repair and Accountability Act transportation law and make it harder for the state legislature to enact measures that increase taxes on gas and/or diesel fuel. Any new tax on gas or diesel would need voter approval.

Roughly 80,000 patients are treated each month at about 588 dialysis centers in the state.

If the total revenue exceeds the 115% of total allowable costs, the operator would be required to pay rebates to payers in the amount that revenues exceed the cap.

Cutting a company's profit margin could lead to fewer dialysis centers opening up in the state.

The measure would repeal the 1995 Costa-Hawkins Rental Housing Act and expand local cities and authorities' ability to enact rent control.

Currently, Costa-Hawkins prohibits cities and local government agencies from enacting rent control on apartment units built after 1995 and on single-family homes, condominiums and duplexes. It also allows for vacancy decontrol, meaning landlords can raise rents to market rate if a tenant vacates a rent-controlled unit.

There are currently more than a dozen cities that have rent control in the state prior to the passage of Costa-Hawkins. 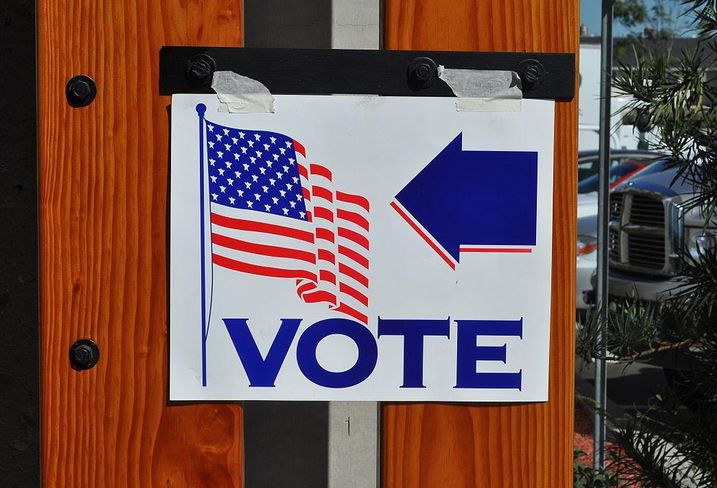 In Los Angeles and Orange counties, here are some measures that could affect commercial real estate:

Brought on the ballot by local unions representing hotel workers and Disneyland theme park workers, Measure L would require hospitality and other businesses in the city that receive city subsidies to raise pay for minimum wage employees to $15/hour starting in 2019, and increase it by $1 every year to $18 an hour by 2022.

After 2022, the workers would receive a raise annually based on the consumer price index.

The Walt Disney Co. initially fought the measure before asking the city to terminate its tax incentive agreements. Once the city ended the agreements, Disney canceled the construction of a four-diamond resort at the Disneyland Resort.

Two other developers that have tax incentive agreements with the city — a JV of Prospera Group and Bill O'Connell, and Wincome Group — have also placed plans on hold for their pre-approved four-diamond hotels.

The JV is currently underway on a J.W. Marriott at the Gardenwalk. Wincome has broken ground on an Anaheim Westin next to the Anaheim Convention Center.

Requiring a two-thirds “yes” vote, Measure W would authorize the Los Angeles County Flood Control District to levy an annual special tax on owners who have areas of their property where water does not seep through the ground, such as driveways, concrete, pools and other hardscaped land. The tax is 2.5 cents/SF of impermeable surface.

The tax is expected to generate $300M a year and will be spent on city projects that improve water quality, increase water supply and provide community benefits such as parks or wetlands, according to the measure.

The measure would require the vote of at least five members of the city council to increase a maximum height limit or floor area ratio of a building or property unless it is an affordable housing project or a property owned by the Santa Monica-Malibu Unified School District.

In short, rather than needing the approval of four of the seven city council members, developers — for the next 10 years — would need a supermajority of five members to build taller or denser projects in Santa Monica.

This would allow the city to issue $425M in bond debt for the construction, reconstruction, improvement, seismic strengthening and repair needed on the Embarcadero seawall. The seawall is one of the city's oldest pieces of infrastructure and has become a concern in recent years due to its age and the risks posed by a potential earthquake. Earthquake damage to the seawall would threaten historic buildings and piers, transportation and utilities. It requires a two-thirds vote to pass.

This highly contested measure would take corporate taxes and route them toward housing and services for the city's homeless population. San Francisco's issues with homelessness have been a challenge for the city, which suffers from a lack of available housing even as dirty streets and panhandlers have shifted visitors and conventions away from the city. The bond measure would impose additional business taxes, a "Homelessness Gross Receipts Tax" that averages less than 0.5% (ranging from 0.175% to 0.69%) for San Francisco businesses with more than $50M in gross receipts. The funds would be used to house the homeless and expand shelter beds, fund legal assistance and rent subsidies, and fund mental health and substance abuse services.

Brisbane has a reputation around the Bay Area for its fierce push against building housing. The housing is seen as one way to help the regional housing crisis, even though the city has a low Regional Housing Needs Allocation requirement (83 additional units by 2020). Measure JJ will let voters determine if the city's general plan should be amended to allow 1,800 to 2,200 units of housing and up to 7M SF of commercial development in the Baylands area. It would require a majority vote to pass.

The measure would seek to create and preserve affordable housing for low-income households, working families and individuals who qualify, such as teachers, seniors, veterans, the homeless and those with disabilities, through a $135M bond offering.

While everyone is focused on Prop 10 at the state level, Berkeley has Measure Q on the ballot that would affect rent control in the city if Prop 10 passes. It would exempt newly built housing from rent control for the first 20 years, uphold rent increases that were made under Costa-Hawkins and exempt accessory dwelling units on properties that are owner-occupied. If the measure passes, the ADU part would take effect despite what happens with Prop 10.