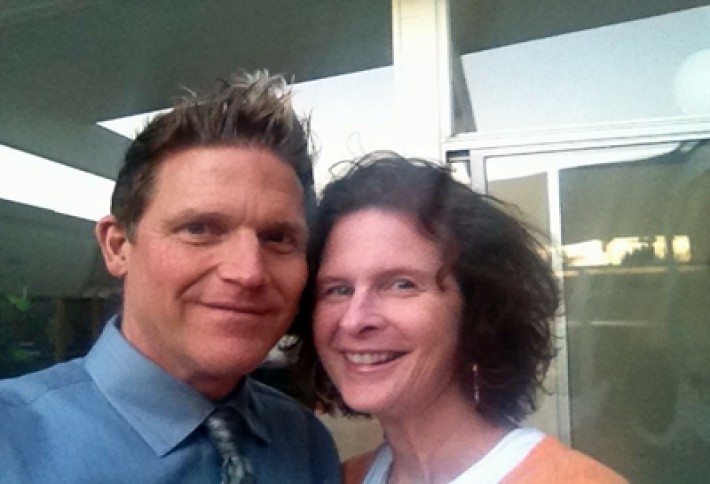 We've put together an all-star line-up of multifamily experts for our first BMAC West Conference April 11 at the Montage Beverly Hills--sign up here. It includes Harley Ellis Devereaux studio leader DanielGehman (above, with wife Theresa), whose office has several thousand units in the conceptual or schematic design stages, primarily in theLA area. Most of it is rental and mixed-use, and a third of it is high-rise. The hot spots: LA Sports and Entertainment District, South Park, and South Park East. The return of streetcars to LA isn't a pipe dream anymore, he says. "It's going to happen, and people are planning for it now." 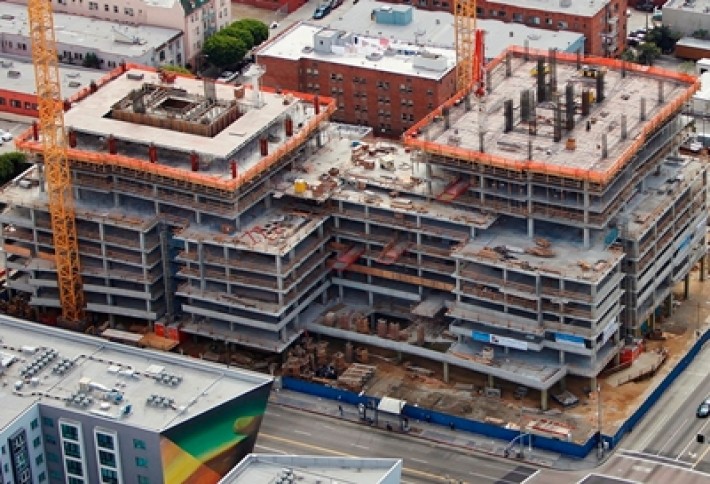 One of HED's projects, The Vermont, is under construction at Wilshire and Vermont in Koreatown. (The firm served as the executive architects and is handling the construction administration.)Daniel says Hollywood also isvery hot. From his office at 601 S Figueroa, he can see Korean Air's Wilshire Grand project. "It's a mind-boggling time to be at work in Downtown LA." But being at home is pretty neat, too--he and Theresa just purchased a '60s Joseph Eichler house in Orange and "basically moved into an architect's dream house." (The only thing better might be MC Escher's dream house.)