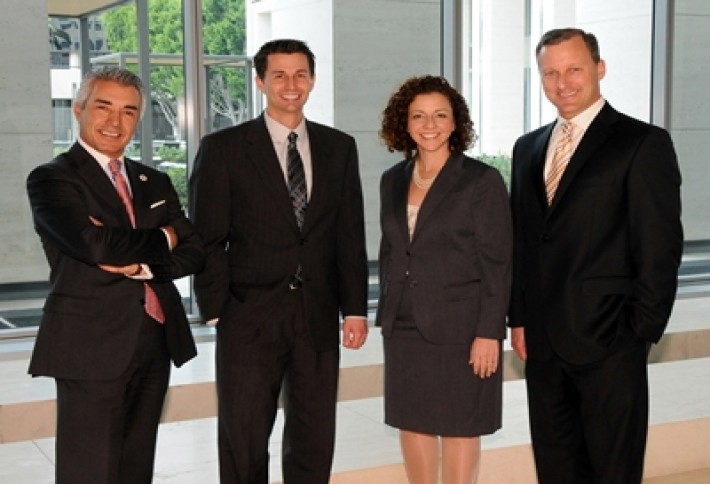 Exec managing directors Josef Farrar and David Kluth, who flank senior managing director Ryan Harding and managing director Aliya Coher, have worked together for 18 years (that's 70 in Hollywood marriages). Before DTZ, they were withStudley. The team's made a name for itself with mega deals like Green Dot, Wedbush Securities, and ATK Missile Systems. So why the jump? The vision and leadership of CEO Barry Gosin and president Jimmy Kuhn, as well as BGC Partners' Howard Lutnick and Michael Lehrman, Josef told us yesterday. Downtown,he's beginning to see some movement, which could open up even more once we solvethe transportation problem. Tenants there are also rethinking their space usage, fitting the same number of employees in less space.