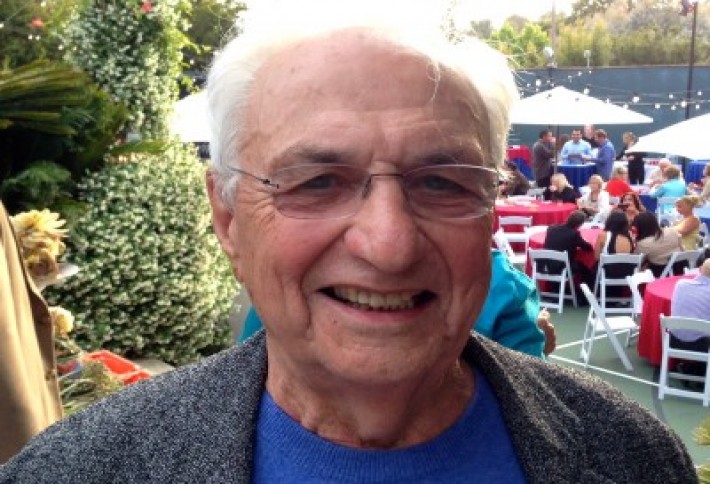 This weekend at a Memorial Day BBQ in Brentwood, Calif., our publisher Mark Bisnow found super-starchitect Frank Gehry, who tells us he's still working away on design revisions for the Eisenhower Memorial in DC, although it remains the subject of controversy. True to our mashup theme, Gehry was part of an assortment of Angelenos across the political and professional spectrums that also included actor Richard Dreyfuss, ageless crooner Pat Boone, and Rep. Darrell Issa,all at the home of political consultant Frank Luntz. 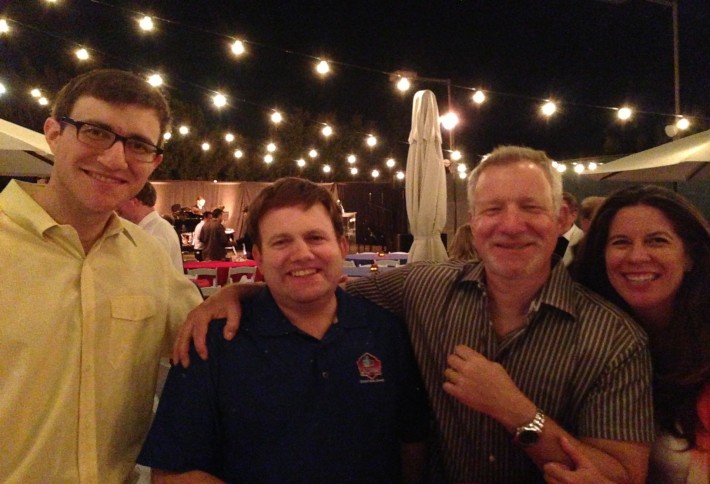 Gibson Dunn ber-lawyer Jesse Sharf with his arm around host and his old UPenn roommate Frank, as the party wound down, bookended by Jesse's wife Stacy and their 20-year-old middle son Jeremiah.