LA County currently has 45,000 homeless residents—12% more than in 2013, according to the LA Homeless Services Authority. Over the last three years, 10,000 homeless LA County (LAC) residents have been housed, but according to a recent report from the LA nonprofit research group the Economic Roundtable, about 13,000 more LA residents become homeless every month. 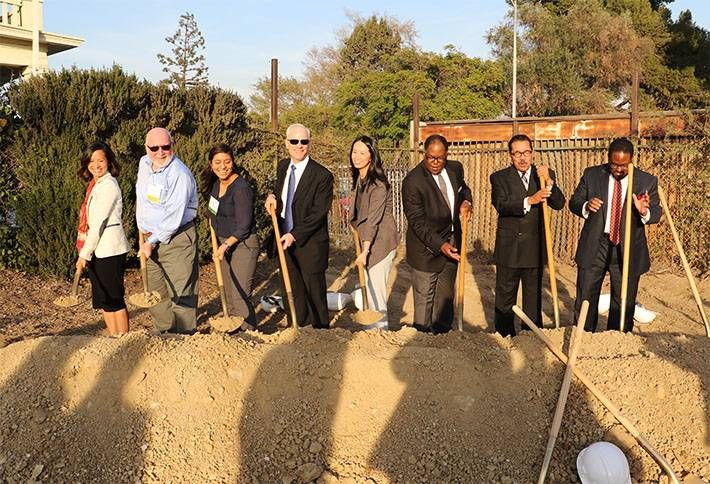 We caught up with A Community of Friends (ACOF) CEO Dora Leong Gallo and LA-based Laurus Corp VP Thuong Luong, who serves on the ACOF board, to find out why so many LA people are homeless and what’s being done about it. (Pictured is Thuong far left and Dora center breaking ground last week on Arlington Square at the corner of Arlington Avenue and Venice Boulevard.)

Thuong is involved in ACOF as a board member because she supports the mission and believes the commercial real estate community has a vested stake in making LA’s streets a safe and desirable place to live, work and play.

“When you walk through an area like Skid Row, it’s disappointing,” she adds, noting that many people living in the streets have mental disabilities, like schizophrenia, bipolar disorder, depression and/or substance addictions. “When you help these people, you can see real results for the communities where we live and those helped.” 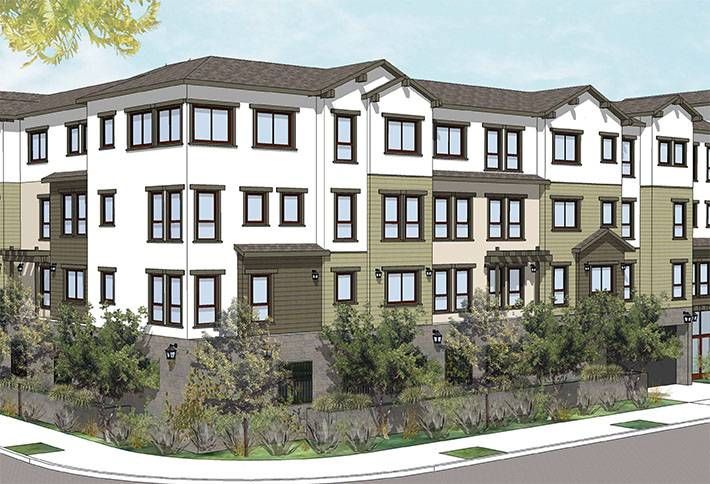 ACOF is a nonprofit affordable housing developer focused on permanent supportive housing for homeless people with mental health, addiction and other special needs or disabilities. Arlington Square (pictured) is a 49-unit, projected LEED Gold project with 16 apartments for homeless veterans, 10 for homeless HIV/AIDs patients and the remaining units for homeless disabled people. 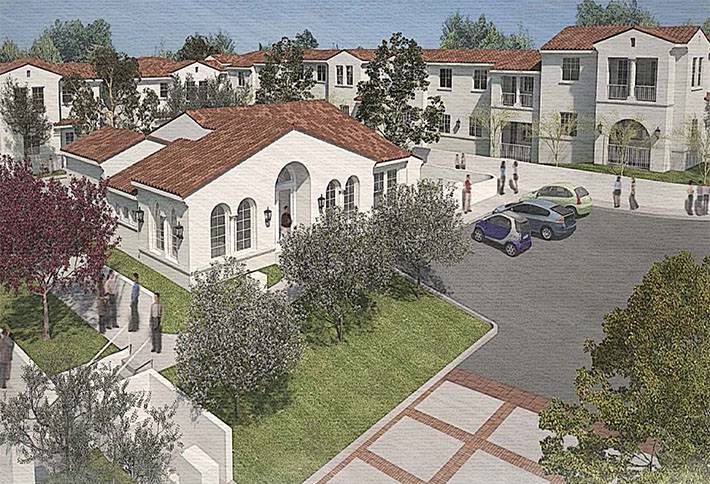 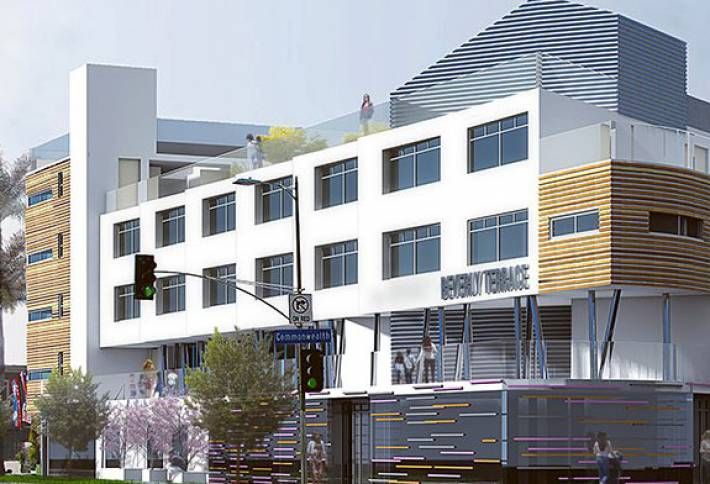 Thuong tells us because developers like ACOF depend primarily on federal tax credits, there will never be enough housing for all homeless people. There are a limited number of tax credits available and lots of competition for them, but the main reason, she says, is the official definition of “homeless” has changed, making it more difficult for people to qualify for publicly funded housing. (Pictured is Beverly Terrace.) 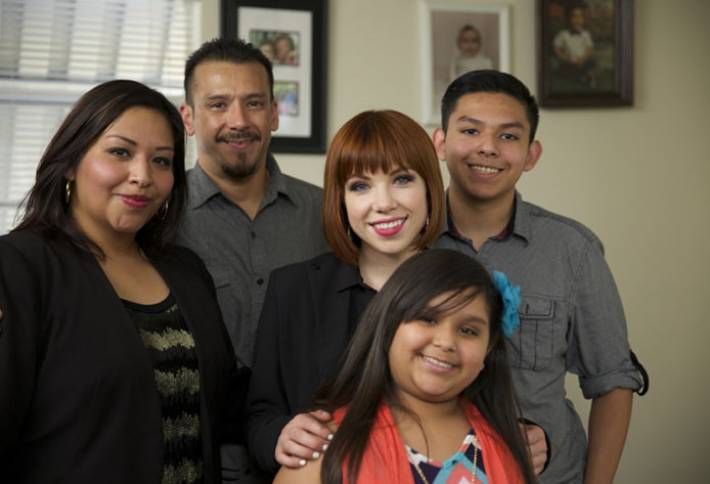 Dora explains that governmental funding sources now require a person has to be “chronically homeless” to obtain housing, which means homeless for 365 consecutive days, or four times in the last three years. “If I have someone living in a car for nine months with two kids, they don’t qualify, so I can’t help them,” Dora says.

Snapped here is singer-songwriter Carly Rae Jepsen with the Duarte family. Carly performed at a "Make Room Concert” to help the Duarte family pay off medical bills and bring attention to people like them, who live on the brink of homelessness because they pay more than half their income in rent. Make Room is a campaign to end the rental housing crisis. 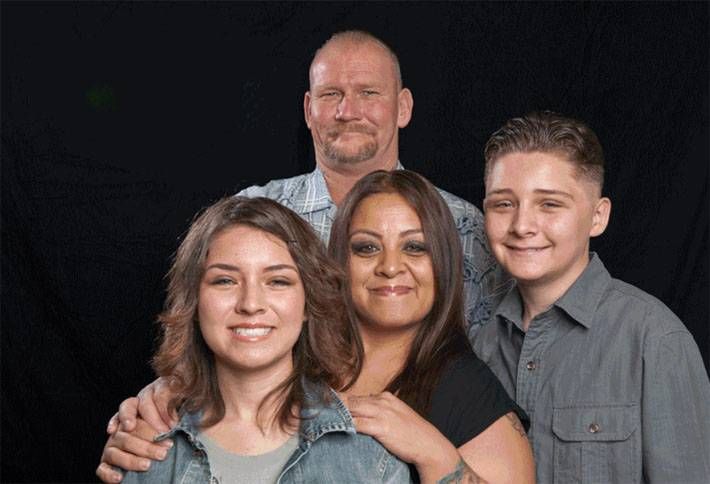 Since ACOF specializes in providing housing for homeless people with a history of mental health and/or addiction issues and their families, housing projects also provide support services. Services are tailored to the specific needs of tenants, Dora tells us, explaining that the overarching mission is to transition people back into becoming productive members of society.

Pictured are Benny and Christina and their children, who lived on borrowed couches, in shelters and on streets until four years ago, when they found permanent housing with ACOF.

Support services include behavioral and mental health support and teaching residents basic skills needed to care for themselves, like cooking, cleaning, bathing and other personal hygiene. They also receive help with cognitive rehabilitation, securing public services, and obtaining job skills and finding and holding a job. Some projects also offer 12-step-like programs and support groups. 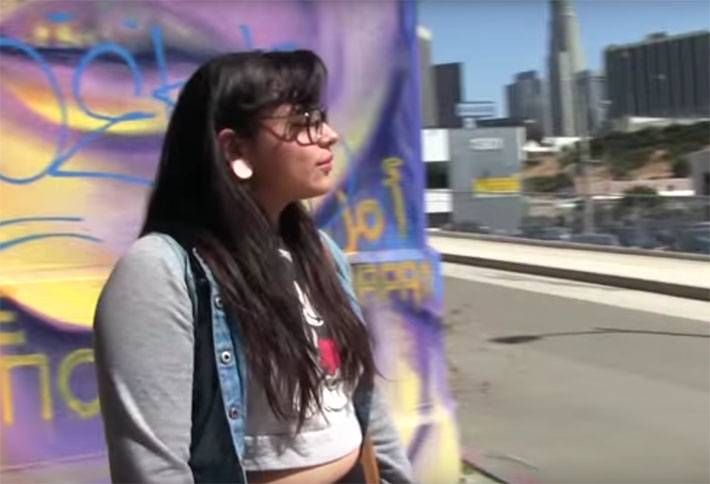 Projects with families may also offer classes in budgeting, managing finances and maintaining good credit, as well as after-school activities, tutoring and summer camp programs. Noting how appreciative some residents are for little activities most people take for granted, Dora recalls receiving a letter from a family after an excursion to Universal Studios, thanking her for taking their family on a "summer vacation."

Pictured is Jasmine Roman, who lived from place to place and in shelters with her brothers and schizophrenic mother until ACOF gave them a permanent home.

To volunteer or make a donation to ACOF, visit ACOF’s website.