Real Estate Can Be Kodak, Or It Can Heed The Pope’s Advice And Save The World

The climate emergency is an existential threat to humanity, but the fight against it does not have to be depressing. That is the view of one of the leading figures in the battle to reduce carbon emissions, who said this can be thrilling, a generation-defining event that humanity can look back on with pride once the goal is secure.

“We are lucky to be alive today,” UK Government Committee On Climate Change Chairman the Rt. Honourable John Gummer, Lord Deben told the delegates at Bisnow’s London Building for the Future event.

“It is the most exciting period we’ve ever had, because we have the chance to save the world. No other generation has had the ability to do that.” 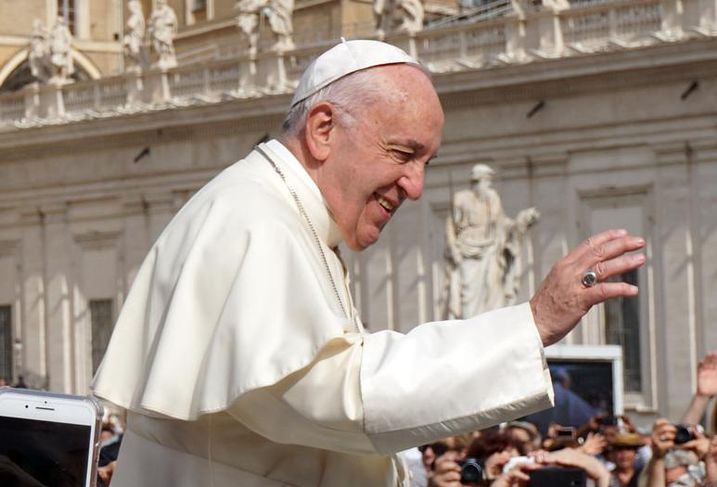 He pointed to Pope Francis’ encyclical on the environment, Laudato Si, which argued that climate change is a symptom of the wider problem of overconsumption, and that our way of life as a whole has to change.

That message just as easily applies to the real estate industry. Panelists at Bisnow’s event discussed real estate’s role in this fight, saying it is doing more than it has ever done before, but it is still not doing enough. Here are some of the key messages.

Kodak is the ultimate exemplar of a company that went out of existence because it did not keep up with market needs. Panelists said real estate companies face that prospect if they don’t do more to improve the sustainability of built assets.

“There will be more Kodaks than there have ever been before,” Gummer said. “We’re sitting in a wonderful building, but if the next one built isn’t even better, there will be no market for it, because investors and corporate occupiers are getting more demanding.”

The End User Gets It

The building Gummer was talking about is Nuveen’s 70 St Mary Axe, which is pre-certified WELL Gold. Nuveen Director of Offices Peter Neal has seen support of Gummer’s point in action.

“We’re in conversation with a large international occupier about taking space, and they have wanted to know everything about the environmental credentials of the building, and hardly anything about the lease structure,” he said. 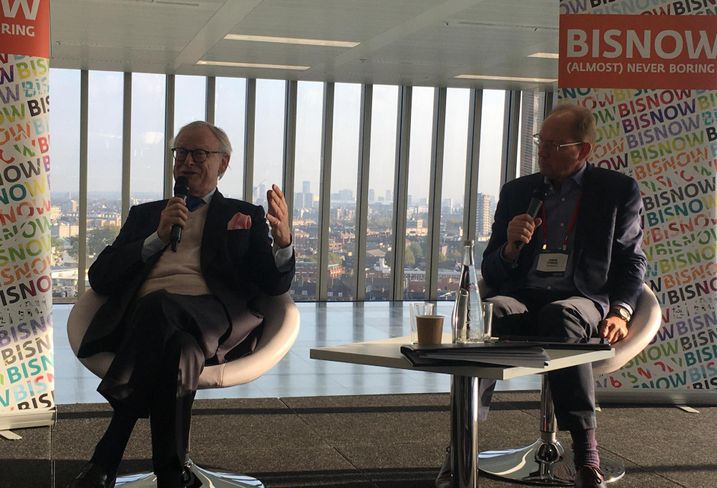 One key takeaway from the event was that in order to reduce carbon emissions, first the industry needs to be able measure them properly. In order to change behaviour, you need to know the effect your behaviour is having.

“We are crying out for data about our construction processes,” Great Portland Estates Head of Sustainability Janine Cole said. “What materials are our contractors using, how many vehicle journeys are related to our sites? To improve that we need to be able to measure it.”

The same is true in the management of buildings.

“How many building managers know the emissions per square foot of their buildings?” Nuveen Head of Sustainability Abigail Dean asked.

Without that knowledge, it is impossible to work out if buildings are efficient or not.

To Make More Money From Sustainability, Owners Need To Be Able To Measure It

Whether improved sustainability makes investors more money is vital in whether more efforts are made. Speakers were in agreement that the lack of a standardised measure in the U.S. or UK for the carbon emissions and energy efficiency of a building means it is very hard to prove whether greener buildings make more money. And that is holding back progress.

“At the moment the evidence is just anecdotal,” Dean said. “Once we have [that standardised measure] all the tenants will ask for it and so you will be able to put a value on sustainability.”

Dean pointed to a more standardised way of measuring emissions in Australia, which led to greener buildings commanding higher rents. 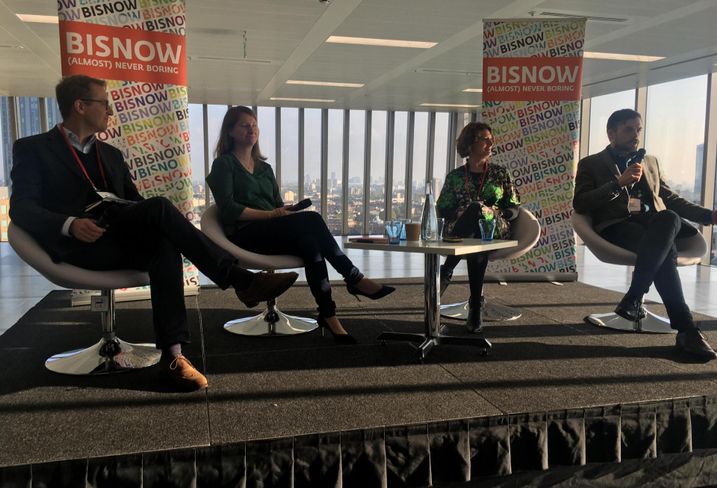 Changing The Behaviour Of The Whole, Not The Parts

For real estate companies to improve the sustainability of their assets and their business, it can’t just be the job of one person or one team: It has to be everyone’s job.

“It has to become business as usual for everyone,” British Land Head of Corporate Affairs & Sustainability Cressida Curtis said.

Senior management has to lead from the front but there must be broader organisational change, Curtis said.

“Every person every single day has to be thinking about this to make an impact.”

When Thinking About CapEx, Think About Sustainability, Too

“The most efficient building is the one that is already built,” Buro Happold partner Alasdair Young said.

Most of the attention when it comes to sustainability is placed on new buildings, but these only make up a tiny fraction of the built environment. Panelists said organisations need to focus much more on improving the sustainability of existing buildings and wherever possible, not knock them down and build new ones, an incredibly carbon-intensive process. 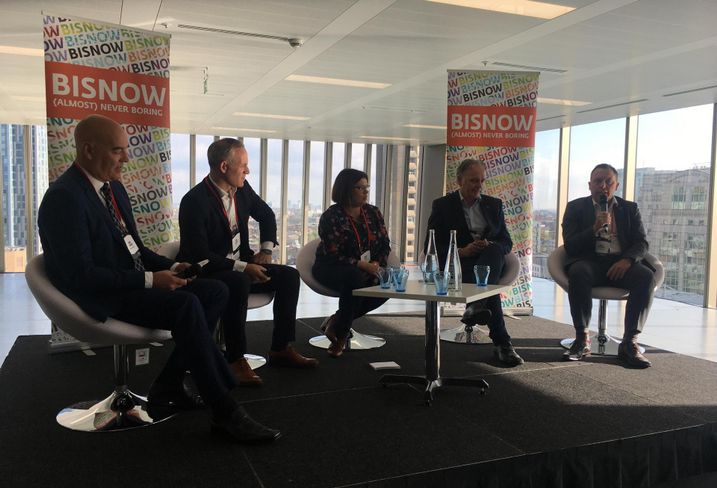 To Carbon Tax Or Not

Gummer was lukewarm about the benefits of increased carbon taxation as a way of incentivising better sustainability performance.

Other speakers were more fulsome.

“You have big organisations leading the way, but we need to get everyone up to the same standard,” Young said. “To do that we need increased regulation. We need to change the system.”

“Improving the energy efficiency of buildings gives you the biggest return on investment at the moment,” Dean said. “We are accelerating the process of getting to net carbon zero from operational emissions because embodied carbon will take longer to deal with. But we think we’ll get there by 2050.”

Dean said there is plenty of low-hanging fruit property owners could pick when it comes to improving sustainability and reducing carbon emissions: turning building lights off, for instance. But to meet the goals that bodies like the UN have outlined in order to reduce the impact of climate change, more radical, structural changes will be needed.

“We don’t really know what a zero carbon building looks like,” she said. “Things like passive cooling will require pretty big changes in how we build. And at the moment, we finish a building and hand over the running of it to the tenant. That doesn’t really make sense. There will need to be fundamental changes in how we lease and build our assets.”