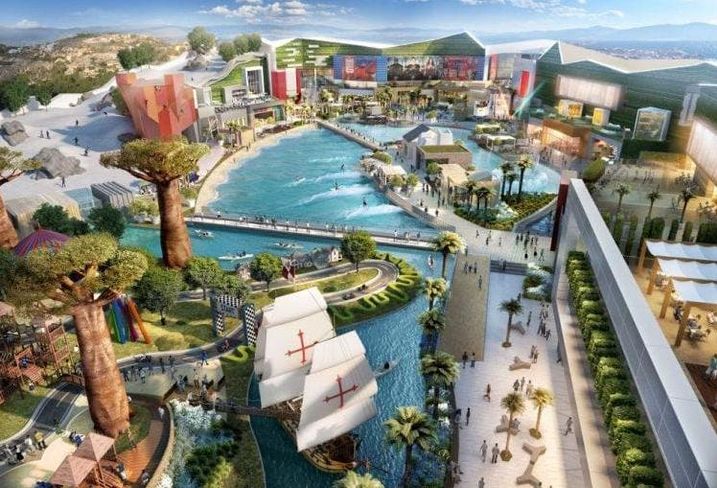 There are very few British footballers plying their trade in the top flight of other European football leagues. There are even fewer British property developers who have found success on the Continent. That is perhaps understandable: Property is after all the ultimate industry where local knowledge is key.

One exception to the rule is Ian Sandford. And he has just made a play to buy one of the biggest retail developments anywhere in Europe from his joint venture partner, struggling UK REIT Intu.

Sandford’s Eurofund Group is one of the best regarded retail developers in Europe, and has made a fortune for another London-based investor, Orion Capital Managers, in Spain.

Based in Madrid, Eurofund was set up by Sandford in 1994, and at the end of the 1990s pioneered a concept it calls shopping resorts, blending retail and leisure in equal measures well before this strategy took off in the rest of the world.

It developed the 2M SF retail and leisure scheme Puerto Venecia in Zaragoza, which opened in 2012, originally in partnership with British Land. Orion bought the development in two deals totalling €200M in 2011 and 2013 before selling the scheme to Intu for €451M in 2014.

Intu appointed Eurofund as development manager overseeing a redevelopment of its Xanadu shopping mall in Madrid, and a huge new development in Torremolinos on the Costa del Sol.

Intu bought the land for what is currently called Intu Costa del Sol from John Whittaker’s Peel Group for €37.5M in 2015. Whittaker is the company’s largest shareholder.

In December last year it received planning permission for what will become Spain’s largest shopping centre, at 2.5M SF. It will have a potential end value of more than €800M.

The scheme is meant to open in 2023, and 29 million people are anticipated to visit it each year, situated as it is in the heartland of Spain’s tourism industry.

Hence Eurofund’s bid to take majority control of the Costa del Sol scheme, which was first reported by Malaga Today. The newspaper said Eurofund sent it a statement that said: “After the purchase offer presented to Intu by Eurofund, it has high hopes that an agreement will be reached given the special relationship of Eurofund, by nature of the existing agreements, and thus be able to continue the execution of this extraordinary project on the Malaga Costa del Sol.”

Malaga Today said Eurofund is likely to bring in another partner to fund the scheme. The company worked with U.S. hedge fund Baupost when it bought the Dolce Vita Tejo shopping centre in Lisbon for €170M in 2015, which it subsequently sold to AXA for €230M in 2018, and still manages. It also has close links to Whittaker and Peel.