Endless Summer: What Are The Most Profitable Ice Cream Vans In London?

Between the England football team’s World Cup run and an amazing unbroken run of 25-degree Celsius weather, it has been a memorable summer, the kind that brings back nostalgic childhood memories of when England were last good, playing outside all day — and ice cream.

Standing in the park on a sunny Saturday afternoon, Bisnow spotted a traditional ice cream van with a queue a mile long, children and adults alike excitedly waiting to buy a 99 with a flake. And thoughts immediately turned to the fact that ice cream vans are the ultimate real estate play: they are all about location, location, location, with proximity to needy consumers (kids, tourists) with disposable income (parents, tourists) a must.

So what are the best spots to sell ice cream in London, and is the traditional ice cream van still a viable business? 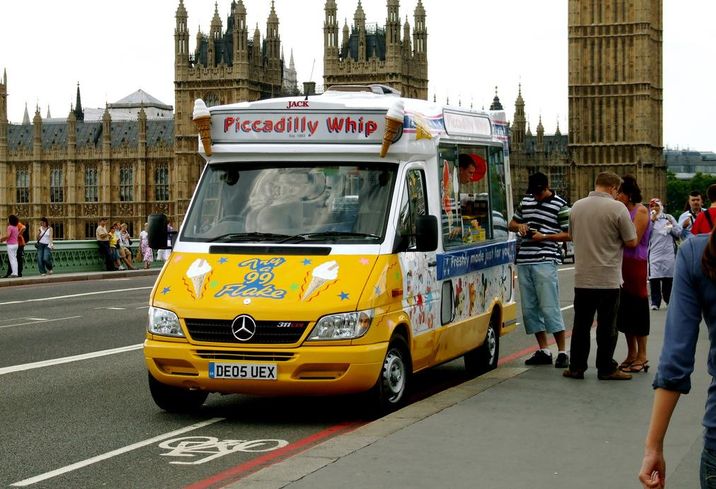 Flickr
An ice cream van coining it near Westminster.

Vans selling scoops of ice cream have been around in the U.K. and U.S. since the 1920s, and the first soft-serve vans appeared here in the 1950s. But it is a pretty well-established fact that ice cream vans in the U.K. have been in decline for a while now, hit by the rise of the fridge freezer, which means that everyone can get their fix from home if they want.

In London the introduction of a low-emission zone meant that it also became unprofitable for many older vans to drive into the busy city centre areas.

There are probably about 2,500 operating in the U.K., a drop of at least 75% since the 1970s, but they are not dying out completely, The Guardian estimated in 2013. Whitby Morrison is the world's largest maker of ice cream vans and sells around 200 a year, about half of which are sold in the U.K.

Startup costs vary hugely. You can buy an old second-hand ice cream van for as little as £2,800 on website Gumtree, or a new van can cost as much as £100K. Then there is insurance, and all of the liabilities that any small retailer would have to pay, such as personal injury liability for workers. 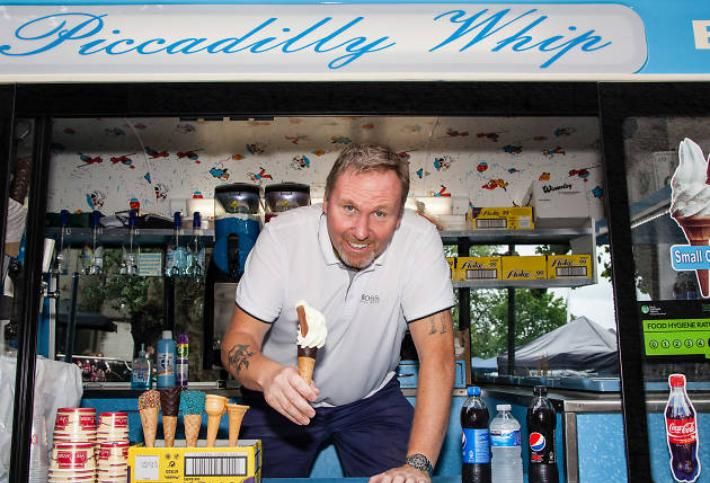 Undeniably the business model has changed.

“The van going round the streets, that is dying,” Piccadilly Whip founder John Bonar said. Bonar is 54 and has been selling ice creams since he was 11, his family having been in the business for 40 years.

The rules about those ice cream vans of childhood memory are surprisingly stringent. They can’t stay in one spot for more than 15 minutes, or play their chimes for longer than 12 seconds at a time. They are prohibited from stopping within 50 metres of a school, the primest of real estate, although this exclusion zone is unlikely to stop school kids who have hoarded their dinner money on a hot day.

Bonar has a fleet of 12 vans that sell ice cream at weddings, corporate events or music or car festivals like Thruxton. The latter can be profitable but can be a risky business. “All trade is weather-dependent, you pay your fee in advance, and you pay your money and you take you chance,” Bonar said. “But you have to diversify and move with the times.”

With itinerant ice cream vans travelling the streets increasingly a thing of the past, competition for the best pitches in London is fierce, and they usually don’t come cheap. Bonar said pitching on council land is much cheaper than private land. But even then, local authorities know the value of their real estate — a street vendor’s license from Camden Council to sell food outside the Dominion Theatre on Tottenham Court Road is currently £10K, meaning you would have to sell around 5,000 Magnums just to cover the cost.

But it can be worthwhile. Bonar lobbied Tower Hamlets council for 21 years to allow him to have a van on the north side of Tower Bridge near the Tower of London. “I worked on that pitch for a long time, it took years, but it was worth it.”

Bisnow asked ice cream van veteran Bonar and took to Twitter to find suggestions of the primest ice-cream real estate in London. Here are the suggestions. 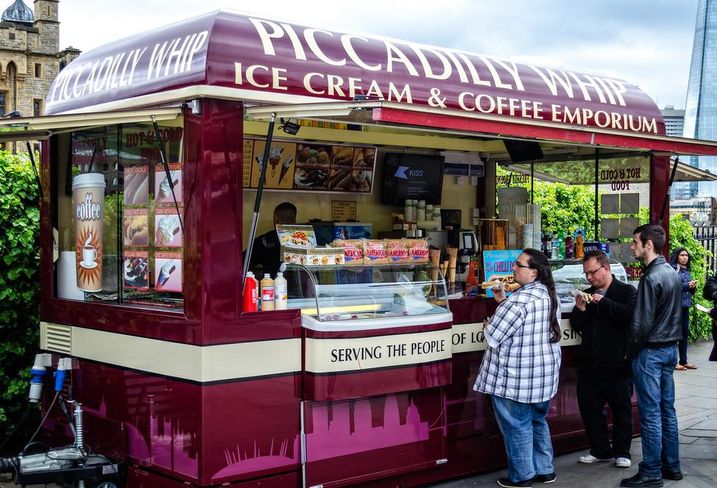 Flickr
Piccadilly Whip waited 21 years to open an ice cream stall by the Tower of London.

Bonar lobbied for 21 years to be allowed to have a pitch on the north side of Tower Bridge, but several people on Twitter also suggested the van that regularly pitches on the south side of the bridge just above the Southbank. Bonar pointed out that this was actually a van that stopped on the roadside permanently without a license, and the owners had the van confiscated by police at the local council’s request recently. “They thought it was worth taking a chance and they lost this time,” he said. There is actually an entire internet message board devoted to drivers enraged at the traffic snarl ups this van has caused over the years. 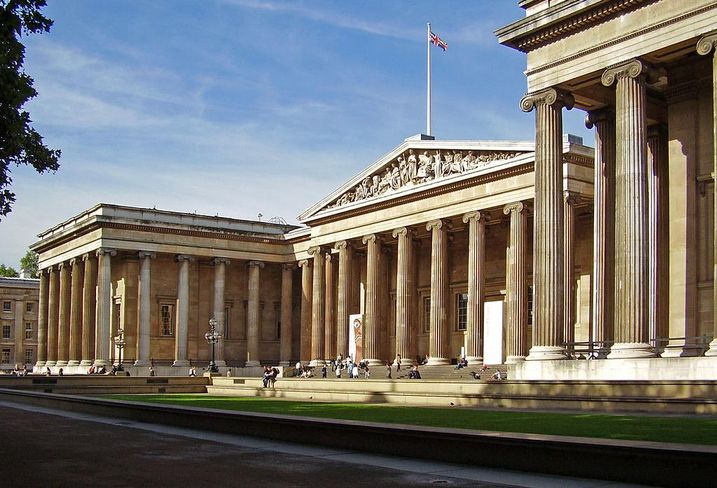 A popular suggestion on Twitter for the most profitable spot to sell ice cream was the road in front of the British Museum, populated as the street is by tourists willing to pay huge markups. But again these vans are operating illegally — in 2014 Camden Council expressly banned ice cream vans from stopping here because of the traffic buildup they caused. They persevere nonetheless, taking the view that the potential profits outweigh the costs.

The tourist spot that Bonar cites as one of the best is his van outside Madame Tussauds, because of the constant flow of tourists, along with a spot on Westminster Bridge near the Palace of Westminster. Neither are cheap but they are worth the money, he said. 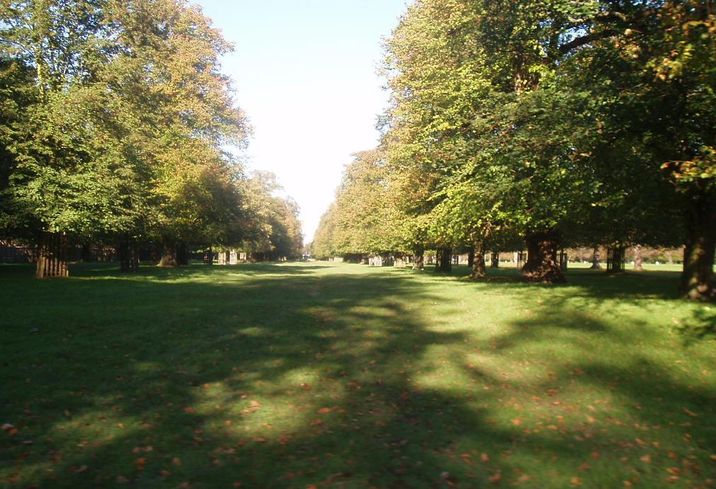 The park which got Bisnow thinking about ice cream vans. Bushy Park in Teddington is London’s third biggest park, and even on an overcast day, the ice cream van outside of the huge children’s playground does a roaring trade, a testament to the power of persuasion children exert.

A City-based journalist on Twitter suggested the Broadgate exit from Liverpool Street station, where a van regularly parks up, as a great spot. A crowd with plenty of disposable income that has just got off the hot and sweaty Central Line = profits. 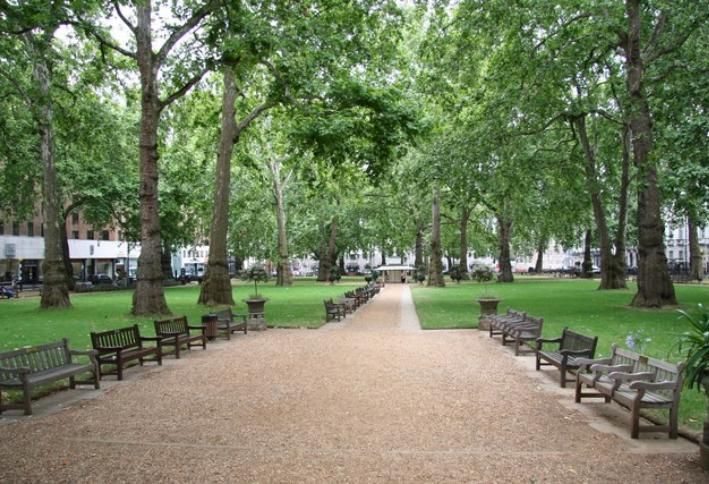 There are relatively few undiscovered markets when it comes to Central London real estate, but when it comes to ice cream, maybe there is one: Mayfair, the most expensive square on the Monopoly board and the home of London’s most expensive real estate. One Twitter user bemoaned the lack of an ice cream van in the area, in spite of the fact that there are plenty of workers and lovely parks like Grosvenor Square and Berkeley Square in which to sit and eat ice cream. Perhaps it is a matter of regulation, but an opportunity for someone might await.