The Future Is Flexible: How The Chassis Building Will Transform London's Office Market

It is time to look beyond the square foot and into a more flexible cubic foot, Aukett Swanke director Tom Alexander said at Bisnow’s PropTech event on March 30.

Alexander electrified the audience with his new concept of a super-flexible workspace, the Chassis Building. The key is double-height spaces that can easily be transformed into a second storey. 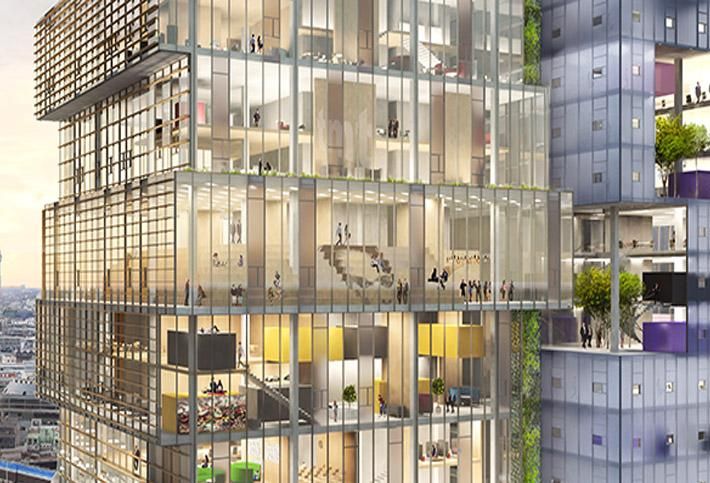 Twelve or 15 years ago, offices were designed like factories: a long corridor with two wings that held rooms. It was about cramming as many people as you could reasonably get on a floor plate. Now employees care about their environment, and health and well-being are critical. Employees want some space around them, sunlight, fresh air, breakout spaces to interact with other professionals, and amenities like healthy food and baby crèches.

While that kind of offering might be common in London, Alexander’s way of achieving it is not. Floors and walls can be added or removed in the Chassis Building at will.

“The idea came from a fundamental space redesign,” Alexander said.

The key component: double-height spaces. Using platforms, that space can be transformed into a two-storey office. 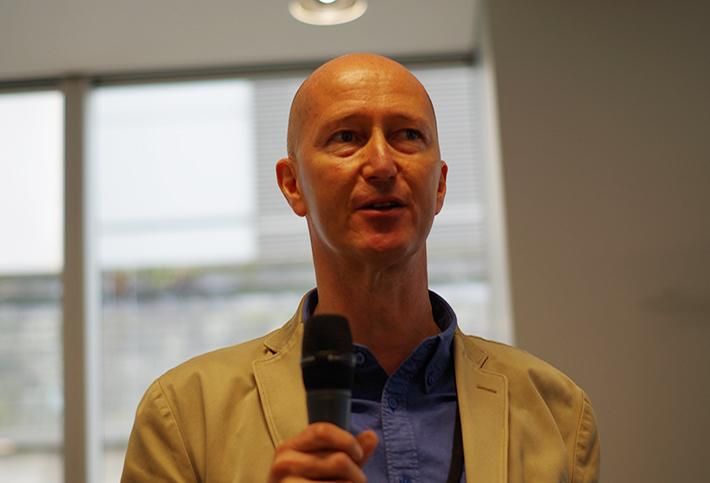 Alexander said companies' needs typically change about every two to five years as they mature and sometimes contract.

Valuing the 3D space instead of traditional square footage is relatively simple. Instead of a price per square foot, it would be quoted in cubic feet. Alexander declined to give specifics and details, citing intellectual capital, but said there were many ways to price office spaces, including doing it like a hotel stay and pricing per day or month.

Alexander takes inspiration from many places with huge interior atriums: industrial facilities, airports, hospitals and mostly universities. He has taken several concepts from education facilities, such as platforms, pods and one-on-one learning spaces, and repurposed them for the modern work environment. The result is a fresh take on the modern office.

How we learn is bespoke, Alexander said, and working should be as well.

The Chassis Building's ground floor is modelled after a hotel lobby, with intimate spaces for one-on-one conversations intermingled with more open spaces where individuals can eat, work, shop, relax, even throw a party. It would be completely open to the public, so anyone with a laptop could use it.

“It is like an urban ‘village green,’” Alexander said.

The building is meant to serve workers from sole entrepreneurs to big corporations. Individual work pods will be provided on the ground floor, all the way up to FTSE 500 companies. Meeting the needs of each of those stages is something Alexander said no other building in London even attempts to do at this stage.