London’s fast-growing life sciences sector is overlapping with tech to create a powerful new force in the capital's office market, according to CBRE’s inaugural report on Life Sciences London.

A combination of a strong rise in global healthcare expenditure, advances in medical treatments enabled by technology and this summer’s new U.K. government life sciences strategy are providing a scale CBRE expects will drive the sector’s rapid expansion in London. 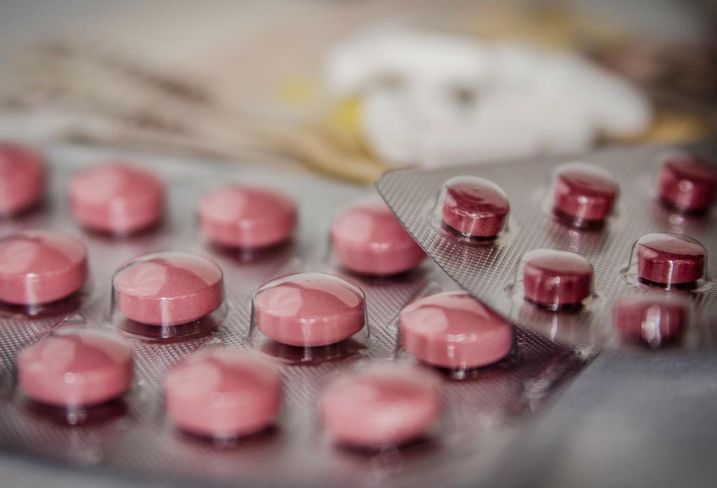 Nobody is quite sure how big the London life sciences sector's footprint is — maybe 3M SF if you exclude the wider ecosystem of big hospitals and medical research — but that figure will soon look small thanks to developments underway or in preparation.

In 2018, UCL East is due to open in the Queen Elizabeth Olympic Park. Occupying 25 acres, it will include "UCL Innovation," a series of incubators focused on the commercialisation of biological devices and technologies to promote well-being.

The London Cancer Hub is building a new world-class life sciences centre in Sutton. Over the next 20 years, it will build out to 3M SF with 12,000 employees. 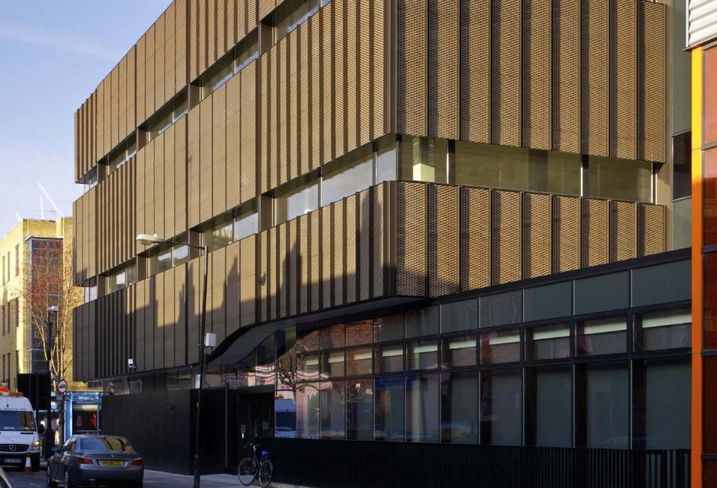 There are waiting lists for space in London’s life science innovation centres, particularly those close to research institutions. CBRE reports that central London lab space can be £80/SF — prohibitive for short-term projects or startups.

“The property business has always assumed that labs and life science space means huge extractors, lots of plant, biohazards – but that’s all changing,” CBRE Senior Director in the London tenant advisory group Andy Monighan said. “They mostly need pretty straight-forward floor space that’s sensible and inexpensive where they can share ideas. It’s basically the same as what the tech sector wants, the kind of space you can land for 18- to 24-month research projects.”

Monighan said there is a commercial opportunity for developers offering 20K to public and 30K SF refurbishments as a starting point for a market that could, in two or three years, be supporting speculative development.

“London could follow the trend we’re already seeing in New York,” he said.

In New York, a lack of affordable flexible space was resolved through a partnership with the public and private sectors. The Alexandria Center for Life Sciences, a 728K SF urban campus, and the Harlem Biospace, a total of 2,300 SF offering wetlabs for up to 24 startups, are diverse examples of what this approach can achieve, and CBRE said they provide a way forward for London.

3. London Is At The Centre of U.K. Life Sciences 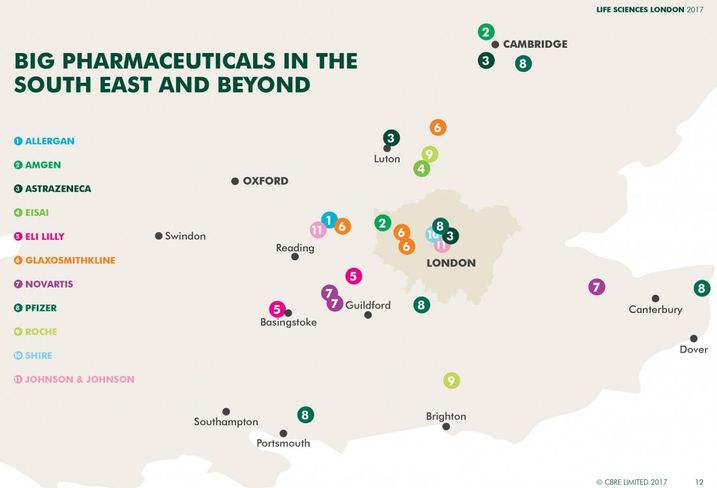 London is expected to benefit from the increasing trend of large pharmaceutical firms relocating their R&D facilities to urban clusters. The trend is already apparent in New York, where pharmas are attracted by the potential to collaborate with universities and research institutes.

London is already at the heart of the U.K.'s £64B life sciences sector and the growth of clusters is now explicitly supported by the government's life science policy. CBRE and life science cheerleaders like MedCity say they expect more clustering — and London will benefit. 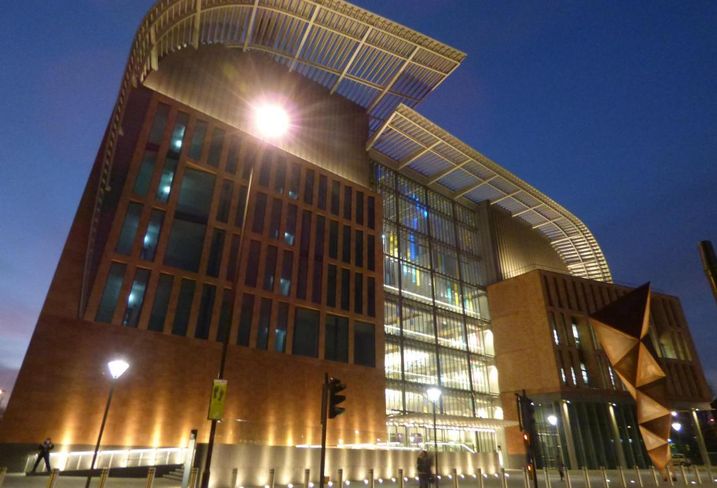 Increasing collaboration between the life sciences and tech sectors provides London with a distinct advantage over other global clusters — no more so than in the Knowledge Quarter, a partnership of 73 knowledge-based institutions around King’s Cross, Euston and Bloomsbury. Known as the world’s greatest knowledge cluster, the area is home to the recently opened Francis Crick Institute — workplace to more than 1,250 scientists; Google’s new HQ; and the Alan Turing Institute, the U.K.’s national institute for data science.

Monighan said: “The Kings Cross area works partly because of the direct rail link to Cambridge — so AstraZeneca have a base there, to link to their Cambridge HQ. The question we don’t yet know is how close to Kings Cross you have to be. Is it a short walk from the Francis Crick Institute, or a five-minute journey?”