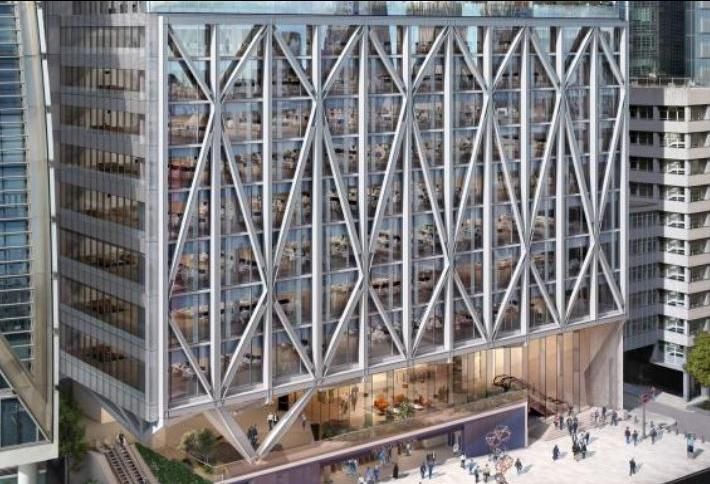 Deutsche Bank has confirmed it will still move into a new City of London headquarters in 2023, in spite of a massive restructuring that will see it cut 18,000 jobs across the world.

Deutsche Chief Executive Christian Sewing confirmed at a press conference that the bank was committed to moving into 21 Moorfields, which is being developed by Landsec.

“We committed to that and we will go ahead,” Sewing said, according to the Daily Telegraph.

In 2017 Deutsche agreed to lease 469K SF of the 564K SF building on a 25-year lease. It is consolidating staff spread across several locations in London into the building. It also leases 92K SF from Landsec at the Zig Zag building in Victoria. Its asset management and wealth management division occupies the space on a 15-year lease.

Deutsche employs around 7,000 to 8,000 staff in London, and 21 Moorfields can house about 5,000 staff. The bank has not confirmed how many jobs are being cut in each geography, confirming only that 18,000 roles will be cut globally, as it seeks to address its declining profitability and share price.

While Deutsche has said it will still occupy 21 Moorfields, what it uses it for might change. The building was to be the main home for its investment banking operations, but this is the division that will see the largest number of job cuts: It will completely close its equities trading division and make other deep cuts to its investment banking operation, which has been the main cause of losses in the past few years.

It said it will concentrate on its German retail banking operations and global commercial banking and asset management.

In an interview with Bisnow earlier this year, Kathryn Harrison-Thomas, the Deutsche managing director in charge of its real estate strategy, said that it in designing the new workspace, Deutsche looked at the different typologies of staff who work at the company and the different types of tasks they undertake in a given day and tried to come up with something flexible enough to accommodate some very different needs.

Those typologies include the trader, the quantitative analyst, the relationship manager and support staff, all of whom have different needs from their physical environment. The balance of those typologies might be about to change.