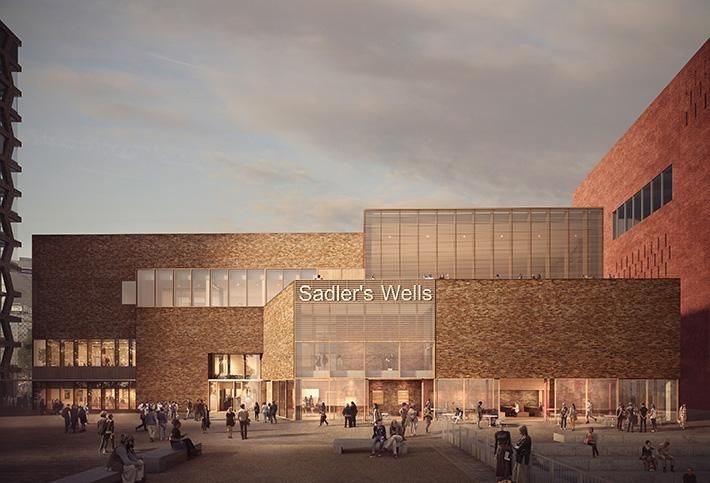 Designs have been unveiled for Stratford Waterfront, the new £1.3B cultural district at London's Queen Elizabeth Olympic Park. The Olympicopolis master plan includes a new 193k SF V&A Museum for the digital age, a 550-seat theatre for Sadler’s Wells, a new campus for 6,500 students at UAL’s London College of Fashion and a residential development, all set within a unique canal-side location.

The images, created by Forbes Massie, show the detailed exterior façades of the buildings and were unveiled at the Rising in the East conference on the opportunities and challenges facing east London four years after hosting the 2012 Olympic and Paralympic Games.

The Cultural and Education District also incorporates a new campus for University College London on a separate site to the south of the ArcelorMittal Orbit, the largest single expansion of UCL since its foundation in 1826. The first phase is expected to have up to 3,000 students and 625 staff, including academics and researchers. 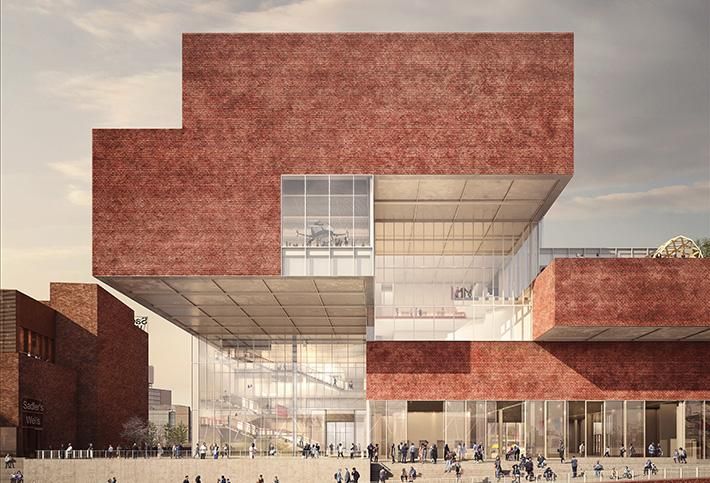 The Cultural and Education District will provide a showcase for innovation and creativity across arts and education, science and technology and will feature world-leading cultural institutions and universities. It will be a thriving creative hub and incubator for new ideas, connected to the area’s rich history and cultural offering.

The scheme is a key part of the regeneration of Queen Elizabeth Olympic Park and will create around 3,000 jobs, attract 1.5 million visitors a year, and deliver a £2.8B boost to the economy of Stratford and the surrounding communities.

Building work on Stratford Waterfront will start in 2018 with the site due to open in 2020-21.