That could drive demand for tens of millions of square feet of storage, but would come with a lot of pain. 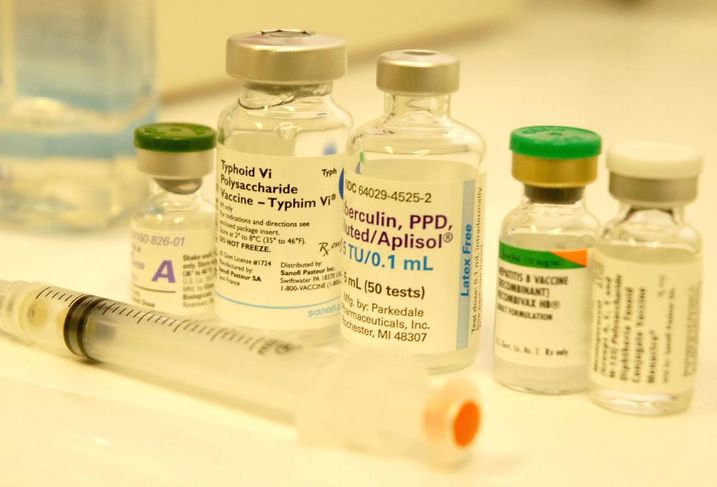 Kadena
Sanofi is starting to stockpile drugs in the U.K. as a result of Brexit.

News emerged this weekend that German supermarket chain Aldi had written to suppliers to ask for help in understanding the implications a “no-deal” Brexit would have on its supply chain, and whether it might have to stockpile some goods in the event there was no longer a frictionless border between the U.K. and EU.

This week drug maker Sanofi said it is starting to hold 14 weeks of stock rather than the usual 10 weeks to make sure there is no disruption to supplies in the event of increased border checks from March 2019 on. Fellow drug companies AstraZeneca and Novartis said they were increasing supplies by 20% or more.

In the manufacturing sector, car maker Honda laid out the potential impact a no-deal Brexit would have on its own storage needs. The numbers are mind-boggling.

The obvious implication for real estate is the effect upon the logistics sector, and on the face of it, this should be good news — the potential need for new space if goods have to be stored for longer in the U.K. to account for slower supply chains could be huge.

However, as always with Brexit, the matter is not that simple. The users of logistics space are clearly starting to make plans for what happens if they need to stockpile. But investors and developers would be taking a substantial risk if they started to adjust their plans now to try and capitalise on this.

And for those companies that might need extra space, there is a message from the sector: it just might not be possible, with vacancy low, new supply limited and investors and developers having better offers on the table than short term deals. That is a fairly worrying conclusion for occupiers, and for the whole of the U.K. as well.

It is worth looking at the figures outlined by Honda in an interview last month. European Senior Vice President Ian Howells outlined how at its plant near Swindon, its just-in-time production methods, common across the industry, mean it stores parts which can keep production lines running for 36 hours.

It anticipates a hard Brexit might mean it needs to store parts for between three and nine days. If the figure is at the higher end of the estimate, it would need a building of 3.2M SF to store enough parts to keep production going. That would be the world’s seventh-largest building, sandwiched between Nike’s U.S. distribution centre at 2.8M SF and the Great Mosque in Mecca, Saudi Arabia, at 4.3M SF. With industrial rents at £6.50/SF and build costs at £75/SF that would cost £240M to build or £21M a year to lease. 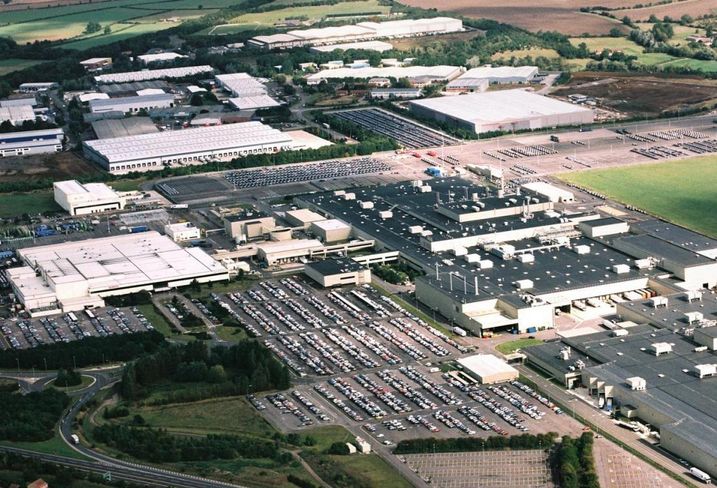 And Honda is not the largest U.K. car maker. At 532,000 units, Jaguar Land Rover made more than three times more cars than the 165,000 produced by Honda in the U.K. in 2017. Perform the same thought exercise for JLR, and you have it building a storage facility of 11M SF or more, almost double the size of the world’s largest building, Amsterdam’s 5.6M SF Aarlsmeer Flower Market.

The top five car makers made more than 1.5 million cars last year, which using Honda’s metrics again would mean a need for around 30M SF of additional storage space.

In the grocery sector, supermarkets accounted for around 15% of the 16.4M SF of logistics take-up in the first half of 2018, according to Savills. CBRE Global Investors Head of U.K. Research Andrew Angeli said that could rise to 20% in the event of a need to stockpile, which would create another 1.6M SF of demand on an annual basis.

“All of this has been more talk than action so far,” he said. “But grocers and landlords are starting to ask how they are going to satisfy this potential demand.”

The numbers are huge from these two sectors alone, and the stark reality is that the U.K. logistics sector cannot cope with any potential increase in demand. And landlords and developers won’t necessarily want to help companies out with short-term requirements. 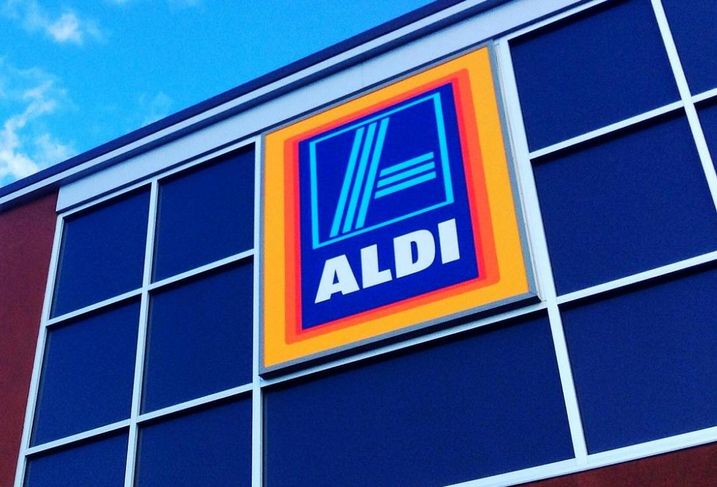 “You have got less than one year’s supply on the market right now, so if companies want extra space, they are going to have take a long-term lease,” Dowley Turner Real Estate partner Mark Webster said. “This is the best leasing market in years. There is no way a landlord would lease a building for the short term to an occupier looking for space because there might be a problem due to Brexit and risk missing out on a tenant looking to take a long-term lease.”

For the grocery sector, taking space for non-perishable goods is one thing, but perishable items require dedicated cold storage facilities which are usually highly bespoke and take up to two years to build. The capacity for extra storage for perishable goods simply won’t be there.

“Developers don’t like building them as institutional investors aren’t keen on buying them,” Webster said.

CBRE GI’s Angeli said that in general, investors and developers would be wary about looking to capitalise on a potential source of demand as uncertain as Brexit.

“There are developers who have sites ready and have the capacity and expertise to create the space that grocers require, and in many ways now is as good a time as any to do just that,” he said. “But if you were trying to play the Brexit angle specifically, that would be a big call.”

While market participants reported that there is no real sign yet of occupiers looking for extra Brexit-related space directly, signs were beginning to emerge in what is essentially the flexible office sector within industrial: third-party logistics providers. 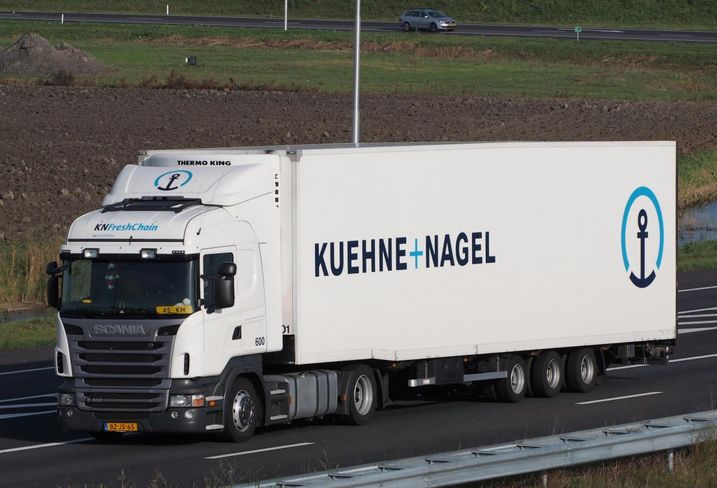 “I don’t see a market for massive wholesale leasing as a result of Brexit, but it will play into the hands of the 3PL providers,” Colliers International Head of Industrial and Logistics Len Rosso said. “These are huge global companies and they will have the capacity and facilities to provide extra space for occupiers.”

When it announced it was stockpiling more drugs Sanofi said it had already made arrangements for extra warehouse space in the U.K. and while it was not more specific, it works with 3PL providers like Kuehne + Nagel across Europe, using the company’s climate controlled warehouses. K+N has a similar deal with GlaxoSmithKline in the U.K.

“The 3PL providers will be very busy, and customers will be using them for overflow space,” Webster said, adding that specialist food companies like Culina could take up the slack for grocers. “If you do have a customer that is nervous about Brexit, they won’t take a 10-year lease but they will give a 10,000 pallet order to a [haulage] company like Eddie Stobart.”

Ultimately, like so many aspects of Brexit, there is still the feeling that the worst-case scenario won’t come about, and some sort of compromise will be reached.

“Good, well-run companies have contingency plans, but ultimately they have got to be confident that the government can work it out and there is a solution to be found,” Webster said.

If not, there may be a car maker with an 11M SF requirement out there.