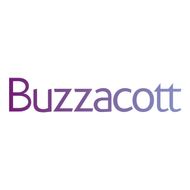 Despite Financial Turmoil, The Government’s Minibudget Could Have Positive Impacts On Real Estate And Construction

The government’s minibudget on 23 September contained both predicted announcements and surprises. What was noticeable about the chancellor’s growth plan was that it did not spell out further tax on the commercial real estate sector as previous budgets have tended to, said Phil Westerman, partner and head of real estate at accountancy practice Buzzacott.

“Real estate has always been seen as a sector with high wealth and therefore an opportunity to attract more tax,” Westerman said. “The industry has become accustomed to budgets that negatively impact property ownership. This is the first budget where this has not been the case. Instead, some announcements could be seen to benefit the industry.”

The minibudget had an immediate effect on the UK’s economic landscape, sparking action from the Bank of England and reactions from financial institutions. However, several of the announcements have the potential to have a positive impact on those in the real estate sector.

In 2000, IR35 was brought in to combat tax avoidance by the interposition of an intermediary between the client and workers, Westerman said. If workers supplied services through their own personal service company, it was the responsibility of that company to ensure payroll deductions and employers’ national insurance contributions were correctly made.

From April 2021, IR35 changed for private sector companies as it had for public sector organisations from April 2017; it became the client’s responsibility to review their suppliers and, if necessary, make payroll deductions and employers’ national insurance contributions, where they deemed a worker would be an employee if there was no intermediary. These changes have now been reversed in the minibudget.

“Many businesses incurred significant costs and spent time preparing for the IR35 changes,” Buzzacott Business Tax Partner Liam McKeevor said. “The reversal of the 2021, and 2017, changes will be a reduction in admin and risk for large property and construction groups. It reduces uncertainty for a purchasing company looking to use contractors or consultants, which is common in the industry. It should be noted the IR35 rules will remain for suppliers.”

Starting April 2023, dividend tax rates will fall by 1.25%, although the additional rate of dividend tax for those earning more than £150,000 will remain. For those who pay themselves with dividends, this means the highest tax band for dividends is 38.1%, versus 39.35% currently.

“The result is that more money can be left in the business for those people to earn the same money,” Westerman said. “For years, those in construction — a tight margin business — have said they don’t have enough funds to invest in new technology solutions, for example. There’s a view that the UK has fallen behind other countries in terms of innovation. Arguably, this is now a way they can reinvest profits.”

The same can be true of the government’s decision to scrap the planned increase of corporation tax to 25%, McKeevor said. Keeping corporation tax at 19% will give businesses more to reinvest.

“The aim here is to encourage investment,” McKeevor said. “Construction is a labour-intensive business. The aim of these reliefs is to encourage capital investment in equipment across the economy to drive productivity.”

The chancellor also announced the creation of ‘investment zones’ and is in discussion with 38 local authorities where they could be located. A real estate business constructing in these areas or managing property won’t be subject to taxes such as stamp duty land tax, business rates or employers’ national insurance for those earning under £50,270. There will also be enhanced relief for capital expenditure.

Where those investment zones will be located is yet to be announced, but they are likely to be where there is a lack of infrastructure and employment, Westerman said.

“This could prove beneficial for a developer able to construct logistics properties or out-of-town retail,” he said. “The knock-on effect will be improved infrastructure for an area, such as roads and utilities, which again will provide opportunities for the construction sector. And there should be longer-term benefits for those who live in the area, where business could be generated regardless of a challenging economy.”

Westerman said he expects more to be announced on these zones, though the concept should benefit the real estate and construction sector. Together with already announced freeport sites, there will be a number of areas across England for which the government will be incentivising building and development.

With immediate effect, those purchasing a home won’t pay stamp duty below £250K, double the previous band of £125K. First-time buyers will pay no stamp duty for a home under the value of £425K. These measures have the potential to impact the housebuilding sector, Westerman said.

“This change won’t affect the fact there is a housing shortage, with demand outstripping supply, but could impact the homes that housebuilders decide to build,” he said. “This could feed down — if the housebuilders believe there is a bigger market for homes for first-time buyers, they might start construction. Overall, this is a step in the right direction.”

The minibudget had an immediate impact on financial markets. It negatively impacted the value of sterling and is projected to press the Bank of England to further raise interest rates. It led banks to review the mortgages they were offering, as well as borrowing costs across the board.

“While the announcements in the minibudget will lead to tax savings for some, the depreciation of the pound and the prospect of higher interest rates could outweigh the tax saving,” McKeevor said. “The cost of importing construction materials, wage inflation and increased domestic borrowing costs could adversely impact the construction sector in particular.”

This is creating a turbulent environment for all businesses, including the real estate sector, Westerman said. However, the business outlook could act as encouragement for overseas investors to make a move.

“In real terms, commercial real estate is a good investment right now because the value of sterling has reduced as a result of the minibudget,” Westerman said. “We could see a spike in foreign investment in UK property.”

As with all budgets, it will take time for the impact to be truly felt. While the budget has created financial uncertainty, and potentially added to the challenging economic landscape, Westerman and McKeevor said it remains important for businesses to make the most of any tax policy announcements that could benefit the industry.

This article was produced in collaboration between Buzzacott and Studio B. Bisnow news staff was not involved in the production of this content.

Buzzacott
Buzzacott is a top 25 UK accountancy practice that has been providing tailored advice to our clients for more than 100 years. We are the largest single office accountancy firm in the UK with over 550 of us based in the City of London. Our membership to PrimeGlobal, one of the largest international accounting associations in the world, connects us to expertise across the globe. Our real estate team provides audit, assurance and tax advice to businesses operating across the whole real-estate spectrum, including partnerships and property funds, and corporates that either own or occupy real estate or operate in the sector. Whether you’re dealing with changes in tax law and government regulations, or managing market risks, our sector experts know the issues you face and have the experience to deliver the solutions you need.
Confirmed! You are subscribed to the Bisnow London E-Newsletter.
Most Read Stories
More Top Stories
Bisnow London Newsletter
Bisnow London Newsletter