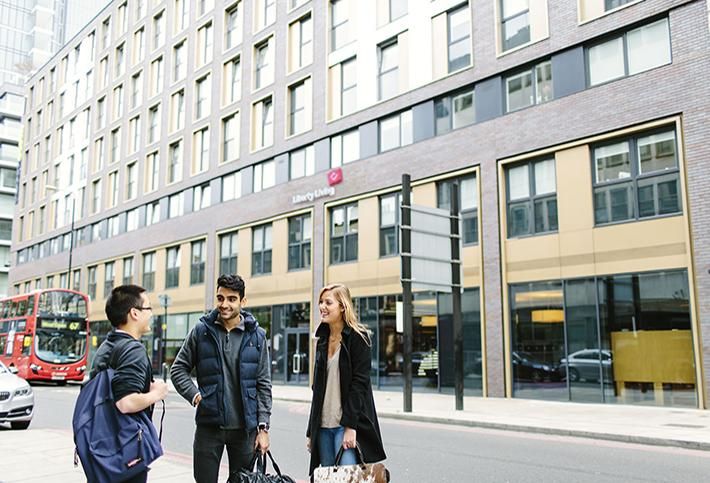 Audley Retirement secured planning permission to begin work on its latest development in Englefield Green near Egham, Surrey, which will provide 78 luxury apartments. Formerly part of Brunel University, the site is within the 66 acres of the Magna Carta Park. The development will provide a selection of luxury one-,  two- and three-bedroom retirement properties, along with facilities including a restaurant, a bistro, a library, a health club and a swimming pool, many of which are open to the wider community. Audley Cooper’s Hill is expected to open in early 2019. 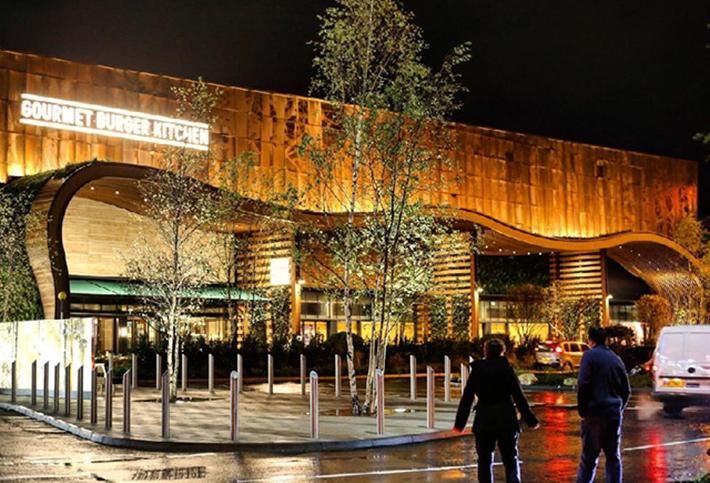 British Land and HUT are represented by Paradigm and Cushman & Wakefield.

At Meadowhall in Yorkshire, British Land signed and upsized six new tenants with deals totalling over 915K SF as the €69.4M refurbishment moves into its next phase.

Crosslane Student Developments secured conditional planning consent to deliver a 117-bed purpose-built student accommodation development on Woodhouse Square in Leeds. Completion is due in time for the 2018-2019 academic year. The £14M scheme features significant dedicated communal areas, including a common room, a study room, a kitchen/dining area, a gym and an outdoor courtyard with cycle storage.

Redevco acquired a high street asset in Glasgow for over €26.7M. The building, along Glasgow’s prime retail pitch of Buchanan Street, was redeveloped a few years ago to offer modern retailing space for Nike. The 27K SF property consists of four floors. It is one of only a handful of buildings of this scale along Buchanan Street. It is opposite House of Fraser Department Store and enjoys the company of top national and international retail brands. Redevco was advised by Lambert Smith Hampton. LaSalle Investment Management was advised by BNP Paribas Real Estate.

CBRE hired Tom Woolhouse into its UK capital markets team. Woolhouse will oversee the expansion of the south east office team as investment volumes continue to gather momentum and investors increasingly look to the UK regions for investment opportunities.

St. George purchased the 21-acre Northfield Industrial Estate from Segro; the price was undisclosed. St. George plans to create a residential development in the brownfield site. 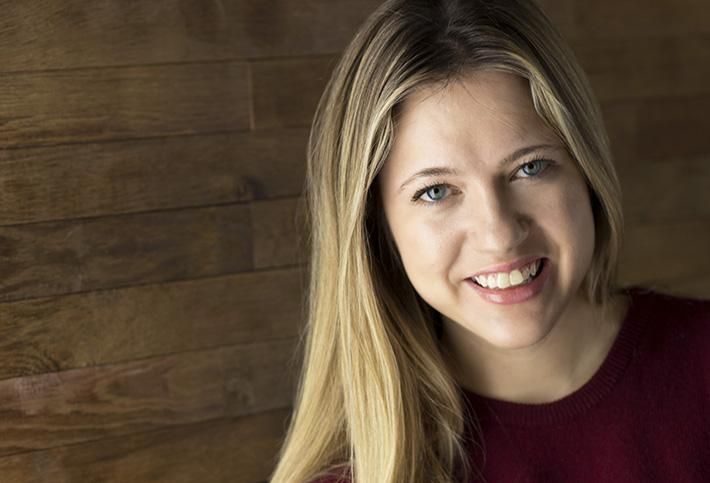 IndustryHub, the discovery and collaboration platform for the built environment, has announced its official launch as Built-ID after raising over £1.1M. Started by Savannah de Savary as IndustryHub in 2016, Built-ID enables members to instantly identify the project teams behind properties and to showcase their work and collaborations to an international audience of potential clients, investors and JV partners. To date, the site has amassed over 19,000 developments listed across 110 countries.

Commercial property specialists Bruton Knowles celebrated 20 years of operations in Surrey at a wine tasting evening with business colleagues and clients at Corkage, a wine bar in Guildford town centre.

BBI Development completed Zlota 44 in Warsaw — now Europe’s tallest residential building. Over 50% of the units are pre-sold. The new tower provides 287 one-, two- and three-bedroom apartments and a penthouse with business, leisure, concierge and parking facilities. The 52-storey tower is across from Stalin’s Palace of Culture. 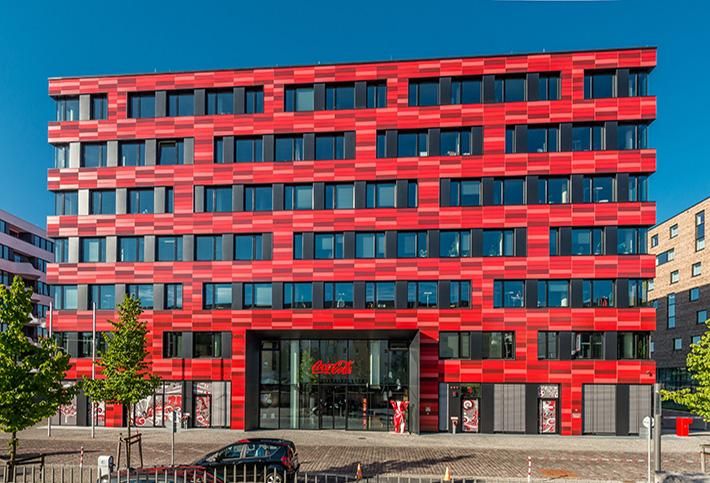 Rockspring Property Investment Managers agreed to buy the 107K SF Coca-Cola headquarters building in Berlin from Deka Fonds for just over €59M. The acquisition is expected to close in June 2017. The building, which has a LEED Gold certification, is on the River Spree in the Media Spree district of Berlin and has been wholly occupied by Coca-Cola since its completion in 2013. CBRE acted on behalf of the vendor.

Tishman Speyer signed two significant leasing agreements for the centrally located Junghof on Neue Rothofstrasse in Frankfurt. WeWork will rent 54K SF, providing co-working and office space for up to 800 users, while Juwelier Friedrich will open a new boutique in a unit comprising 2,700 SF.

Deka Immobilien has extended a lease agreement growing its footprint to around 7,300 square metres with CMS Hasche Sigle, Hamburg. The international law firm, which has been in the Fleethof since 1996, expanded its lease by around 1,700 square metres. The prestigious office building was built in 1993 in Hanseatic architectural style, offers a total area of around 16K square metres and is now almost fully leased to 15 tenants.

The Fleethof is in the heart of the Hamburg business district between Binnenalster and the Elbe River. The property is part of the portfolio of the open-ended real estate fund Deka-ImmobilienEuropa and has received “Very Good” BREEAM in-use sustainability certification. 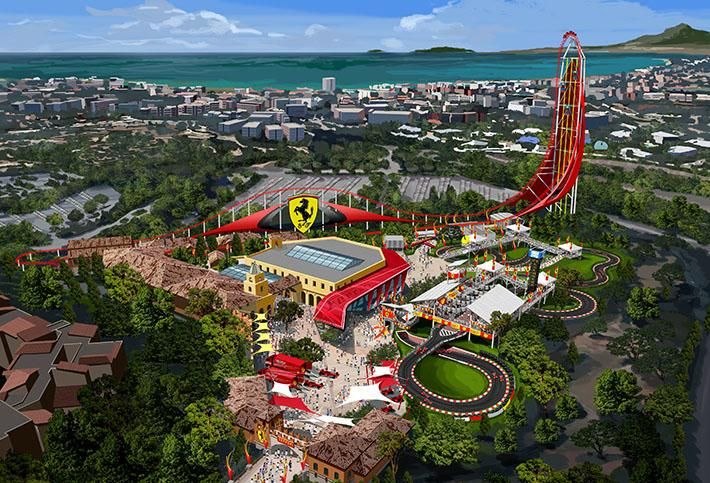 Ferrari Land opened its doors to the public for the first time after a grand opening ceremony during which 1,500 guests gathered including special guest Ferrari test driver Marc Gené. The resort, which is about an hour outside of Barcelona, is a tribute to the genius of Enzo Ferrari, to the lifestyle he created and the iconic red cars, symbols of speed, technology and innovation. Spanning over 753K SF, the new park offers 11 attractions for the whole family, with a strong focus on technology and adrenaline. Crowning the skyline of the park is Red Force, the highest and fastest roller coaster in Europe.

Groupo Lar bought a portfolio of Spanish retail assets for €110.7M from Rockspring. The portfolio includes a 70% stake in the 583K SF Parque Comercial Abadia, a retail park outside of Toledo. Tenants include Decathlon, Media Markt and Alcampo.

Hines and German investment company Universal-Investment completed the acquisition of two prime high street retail assets with associated office space in Madrid and Barcelona on behalf of the Bayerische Versorgungskammer. In Madrid, the property on Calle Preciados/Maestro Victoria has been purchased from Spanish Groupo Baraka for €100M. The Barcelona acquisition on Paseo de Gracia was bought from a private vehicle managed by Banco Popular for €90M.