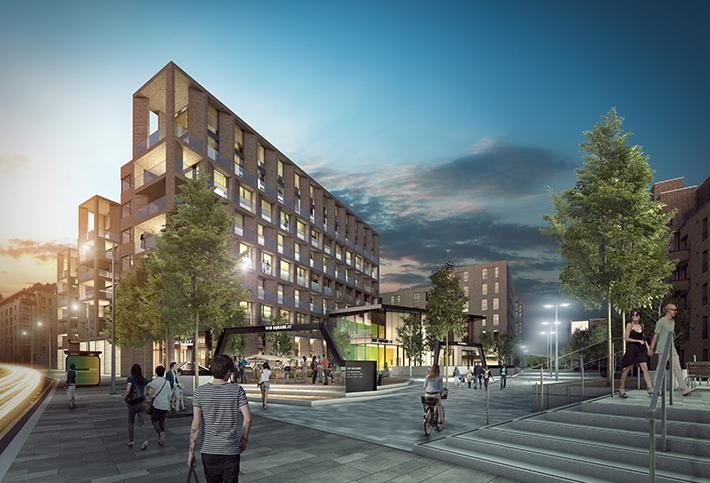 Moda Living and JV partner Apache Capital purchased 46 private rented homes and will deliver 525 new homes for rent in the Fountainbridge area. The site in Edinburgh’s city centre was bought from Grosvenor. The new housing will sit alongside 25k SF of new build commercial space consisting of shops, bars and restaurants. All residents will have access to 15K SF of on-site amenity space, including a gym, communal lounges, a BBQ area, and roof terraces with unique views of Edinburgh Castle, as well as fully managed communal gardens including a new public square. The first phase is expected to be completed by end of 2019 and all phases complete by the end of 2022.

Wandsworth Council submitted plans for a new 25-storey housing and retail space. The new scheme would house 134 flats with balconies, Class-A ground-floor retail, an underground parking structure for 108 spaces, cycle parking and a gym. The Council also made provision for amenity space, public realm and a kids' play space.

Places for People unveiled its new fund management business, PfP Capital, and announced plans for its first fund targeted at the UK private rented sector. This is the first time an organisation that started as a housing association established a distinct fund management capability. The PRS Fund will acquire 1,379 residential units from Places for People, valued at around £150M. It will invest a further £150M in acquiring other properties similar to those in the seed portfolio to grow a portfolio of over £300M in the short to medium-term.

TH Real Estate signed two new tenants at Whitefriars, Canterbury. Bill’s Restaurant will take 3,520 SF on Rose Lane on a 20-year lease, and Metro Bank will open its first Canterbury store in a 10K SF unit. The bank has secured a prominent location on St. George’s Street on a 25-year lease. Both Bill’s Restaurant and Metro Bank are aiming to open in the second half of 2017. 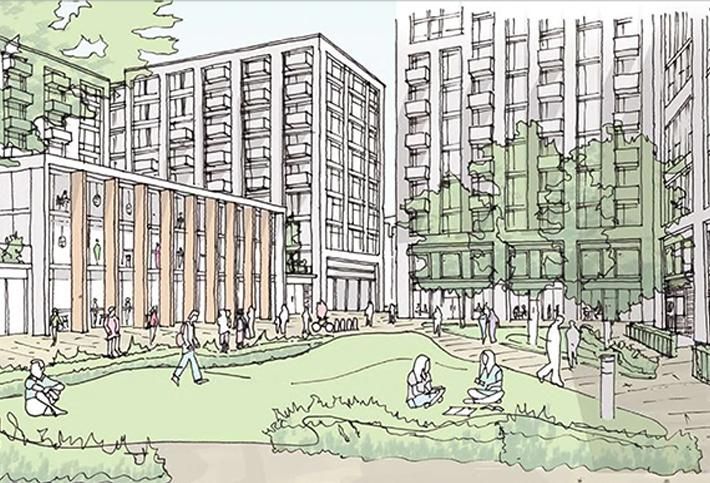 Camborne Land Investments acquired a prime Central Birmingham site in the Southside from Benacre Properties for a 500-unit build-to-rent residential project. The scheme, provisionally called Kent Street Baths, will feature 450K SF over 15 floors, and will include a range of studio, one-, two- and three-bedroom apartments.

Two homeware brands have signed leases to occupy the first four units of Hammerson’s nine-unit Elliot’s Field Shopping Park in Rugby, Warwickshire. DFS and Dwell will occupy 15K SF; Oak Furniture Land and Sofology have each taken 10K SF; and Tapi will have an 8K SF store. All are 10-year leases. The new shops on the former Tribune Trading Estate site are scheduled to open before Christmas 2017, with other names to be announced shortly.

LXi REIT exchanged contracts on the acquisition of a new manufacturing and head office facility for the GE Oil & Gas group in Cramlington, Northumberland. The property will be a 74K SF two-storey office and double-height industrial space with associated car parking and service yards. The transaction is a forward-funded purchase and leaseback to the tenant, which has been based at the site for over 30 years.  LXi REIT has also acquired Q-Park car park at Rockingham Street, Sheffield, for £19.1M. 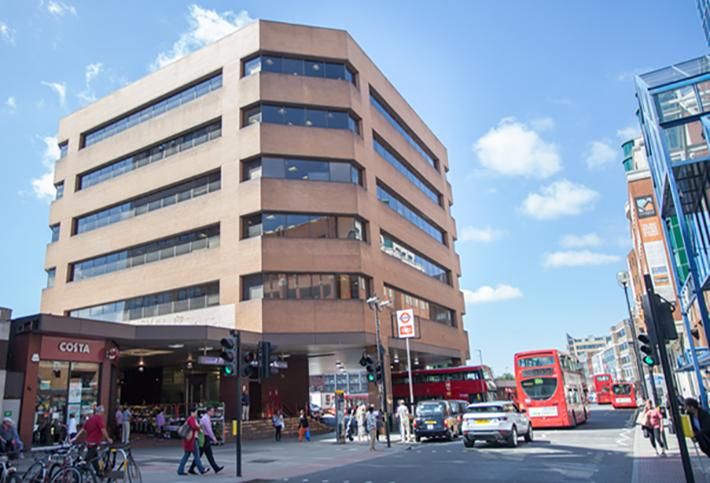 CBRE has been awarded a two-year extension to its contract with London Metropolitan University. CBRE has worked with the university since 2011 and has delivered significant improvements across the university estate. CBRE delivers mechanical and electrical services, fabric, help desk, energy services, small works and major projects to the university.

Shelley Sandzer secured a debut restaurant for Ugly Dumplings at 1 Newburgh St. Ugly Dumplings will be split over two levels. A new collaboration with investment partner Philipp Chaykin will evolve the brand from street food operator to a new concept restaurant offering a new menu, featuring a brunch offer and a global twist on dumpling recipes. This will be the brand’s first site and is set to open in the summer.

Boki, a coffee shop concept, signed a lease for 1,300 SF on 20 Earlham St., at Shaftsbury’s Seven Dials estate. The new shop will look to create an all-day social hub on Earlham Street. 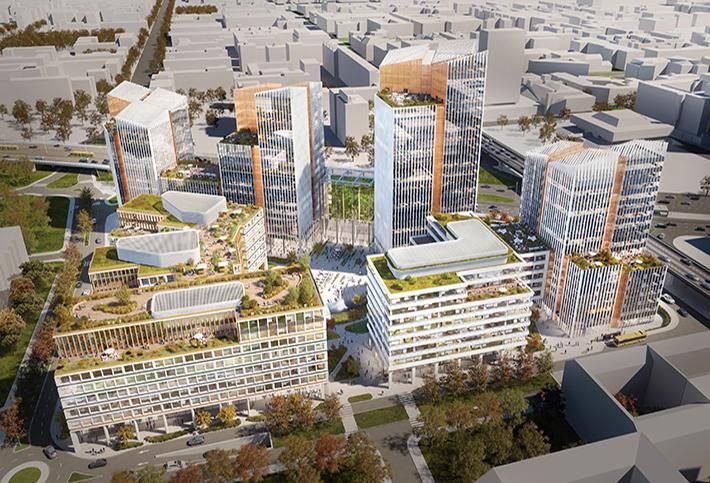 HB Reavis obtained planning consent for a new development, Agora Budapest. The project is in the heart of the Hungarian capital near the city’s longest and busiest boulevard, the Róbert Károly and Váci road office corridor. Construction will begin on the first building, Agora Hub, this week. The building complex, which includes five office buildings, will comprise more than 1.4M SF of office spaces and retail units.

CBRE Capital Advisors launched a dedicated team in France, its sixth office in Europe. The new French team, headed by Abdallah Ould Brahim, will offer expertise in all aspects of real estate finance.

French supermarket company Auchan will invest €20M to construct a new campus in a suburb of Lille, called Villeneuve-d’Asq, where it will bring together several business services for the entire group. The campus is expected to open in 2019. 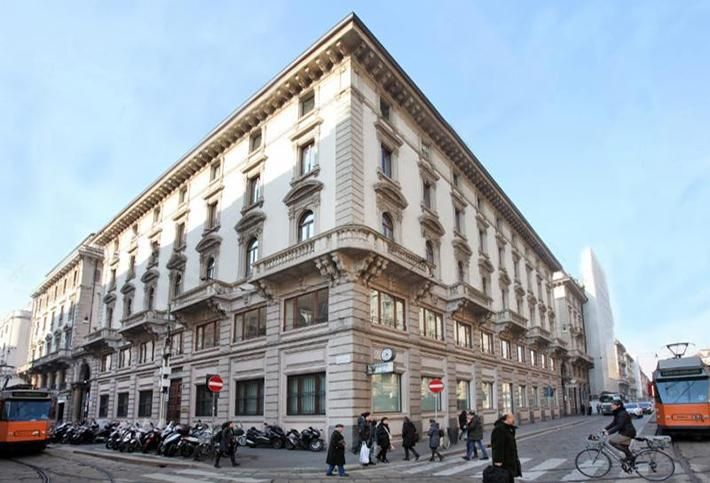 
New acquisition on Via Orefici, Milan

Hines purchased a trophy building on Via Orefici adjacent to Piazza Cordusio, Milan's prime office and high-street retail destination for €100M. The 129K SF building is in the heart of the historical centre of Milan. The building was formerly the global headquarters of eyewear retailer Luxottica and will be converted into a mixed-use property with retail components on the lower floors and prime office space on the higher floors.

Savills appointed Pablo Merino as director of its capital markets team in Barcelona.

Green REIT exchanged contracts for the sale of Parkway Retail Park in Limerick, with completion expected by the end of March. The contract price of €24.3M is payable in two tranches, with €1.3M subject to securing planning consent for a vacant unit in the property for which a tenant has been secured. The contract price reflects a 4.4% uplift on the 31 December 2016 valuation, and a profit to the company of 74% on the cost of the property, which was acquired in late 2013.

Madison International Realty appointed Matthias Cordier as head of investment – Germany. Cordier, who is a member of the company’s investment team based in the Frankfurt office, will primarily be responsible for the sourcing, underwriting and execution of Madison’s equity transactions in Germany, Austria, Switzerland and parts of Southern Europe.