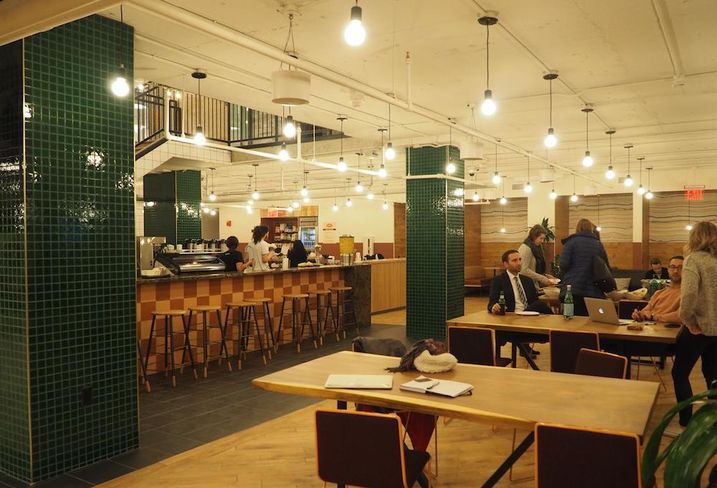 WeWork’s flexible office business is asking for rent cuts and battling to cut liabilities, and the company failed in its effort to go public in September 2019, leading to the ouster of mercurial co-founder Adam Neumann. But its property investment arm is still bringing in a lot of cash to make new investments.

WeWork Property Investors raised a total of $745M in new equity March 9, according to filings with the Securities and Exchange Commission, even as the coronavirus pandemic was spreading around the world and causing financial markets to tumble.

WeWork Property Investors is the joint venture between the coworking company and private equity firm Rhône Group, set up in 2017 to buy assets, including those leased to WeWork.

Its flagship deals so far include the $850M purchase of the former Lord & Taylor department store in New York in January 2019. It sold the building to Amazon for $1.15B in March of this year, using the proceeds to pay off its copious debt on the property.

WeWork Property Investors also took a 10% stake in a £580M deal to buy Devonshire Square, a 620K SF office campus in the City of London, in April 2018. It was a joint venture partner on a $137M deal in December 2018 to acquire a Washington, D.C., office building where it plans to open a 100K SF coworking space after an extensive building renovation.

The $745M March haul of equity is more than double the amount the venture had previously raised. The last time WeWork Property Investors raised capital was March 2019, when it took in $341M. WeWork declined to comment on the capital raise.

Investment bank Citi raised some of the capital for WeWork, the filings show.

Last year, WeWork struck a joint venture with Canadian pension fund Ivanhoé Cambridge to invest up to $3B in assets, again including those leased to WeWork. In December, an Ivanhoé executive said that the venture, called ARK, was on pause, but job postings searching for staff to source investments suggests it could be gearing up again.

WeWork’s main business, leasing office space, has come under intense pressure as a result of lockdowns enforced due to the pandemic, along with the entirety of the coworking and flexible office sector. Its members with short-term leases can easily cancel contracts.

The company has approached landlords asking for concessions on rents in both the UK and U.S., and it has reportedly skipped out on some payments and been resistant to working out deals with its own tenants.