Sir George Iacobescu knows a thing or two about building a new district of a city during a time of uncertainty.

“When we launched Canary Wharf [in 1991], it was a time of great political instability,” the Canary Wharf Group chairman and chief executive recalled. “A Labour opposition was calling for a general election. The Tory party was split over Europe. And England was celebrating reaching a World Cup semi final. Sound familiar?”

There are some similarities between the period when Canary Wharf was commenced and today, as the developer formally launches its new 5M SF Wood Wharf development, but there are also big differences, all of which highlight how new urban districts are being built today and who they are trying to attract. 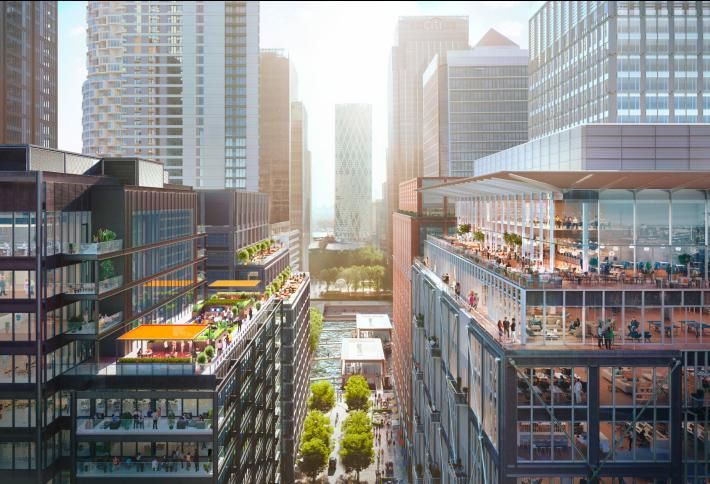 One major similarity is the ambition.

“When we built Canary Wharf, we wanted to build a district which reflected and catered for where financial services was heading and where firms wanted to be in the future. Today, it is no longer financial services which is driving London, but tech and the creative sector. We are taking the best of the city and adapting it for the digital era,” Iacobescu said.

At 5M SF across 23 acres it is similar in size and scale to Battersea Power Station or Kings Cross Central, and the scheme aims to attract companies employing 20,000 tech and creative workers. The whole project will cost about £4B.

Perhaps the biggest difference with Canary Wharf v1.0 is the way the development has been conceived to attract those companies and workers. Canary Wharf when it was first built was homogeneous, just offices, and only big glass towers at that. The first building built, One Canada Square, was the tallest in the U.K.

Wood Wharf will be a mixed-use scheme, with 2.8M SF of offices but also 330K SF of shops, cafés and restaurants, and a hotel. The remaining space will be given over to 3,600 residential apartments, 25% of which will be affordable, and around 1M SF of which will be retained as private rented sector units, a decision partly driven by the fact that Canary Wharf Group is today owned by a joint venture between Brookfield and the Qatar Investment Authority, both of whom are significant investors in the rented residential sector. 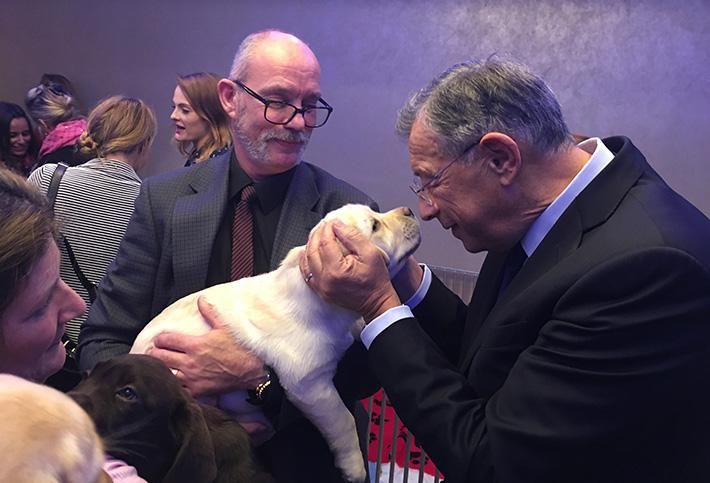 The scheme will feature about 9 acres of public space, including areas given over to fitness like running tracks and outdoor gyms. There will also be a GP surgery and a two-form primary school for 420 children.

Then there is the type of buildings being built. There will be some towers, including the 57-storey One Park Drive designed by Herzog & de Meuron, which is under construction.

But the scheme will be split over 25 buildings, giving an average size of around 200K SF. One of the first, mixed-use buildings being built is made of brick, very different to the original glass, steel and concrete aesthetic of Canary Wharf.

While it is not quite the former warehouses of Shoreditch, the tech and creative heartland, it is a nod to the fact that the businesses Wood Wharf is targeting do not favour glass boxes. Architects working on the scheme include Allies and Morrison, Allford Hall Monaghan Morris, Pilbrow & Partners and Heatherwick Studios. 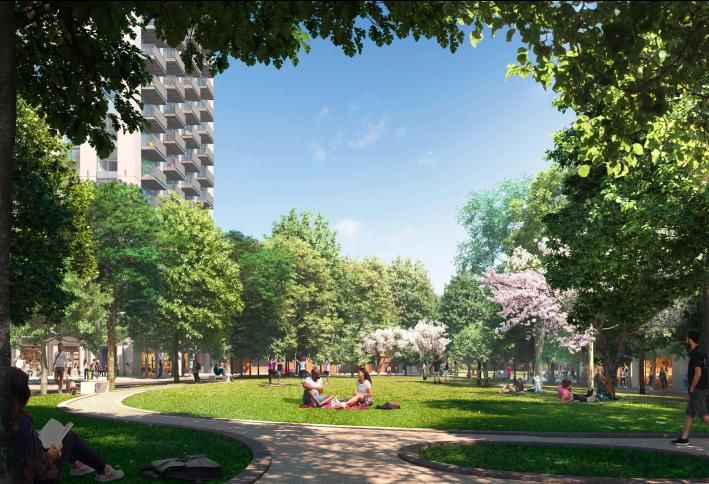 That brick building, the 180K SF 15 Water St., is part of the first phase. It is under construction and was the first to secure commercial tenants. Hotel group Ennismore, which owns the Hoxton and Gleneagles, has leased 100K SF for a 312-room hotel under a new brand called NoCo, which it describes as having honest pricing.

Flexible office company The Office Group has leased 45K SF in the building, and the remainder of the space in the building is likely to be taken by luxury health club Third Space.

The need to offer flexible space will be a major part of the leasing strategy at Wood Wharf, given the fact the target tenants will be tech and creative companies looking to grow quickly. With that in mind, the second commercial building to be commenced, 20 Water St., will see Canary Wharf Group’s tech accelerator, Level39, occupy around 80K to 100K SF. The accelerator is home to around 1,250 members, and companies it has housed include Revolut, the U.K.’s most recent tech unicorn.

While it will have that space for startup and scale up firms, the likely occupiers of the majority of the office space will be more established tech businesses.

Construction of the core of that building has commenced, and overall, Canary Wharf has committed to starting more than 600K SF of offices, 235K SF of retail and restaurant space and three apartment buildings by the end of next year. The first buildings will be delivered in 2019 and 2020 and the whole scheme is due to be completed by 2023. 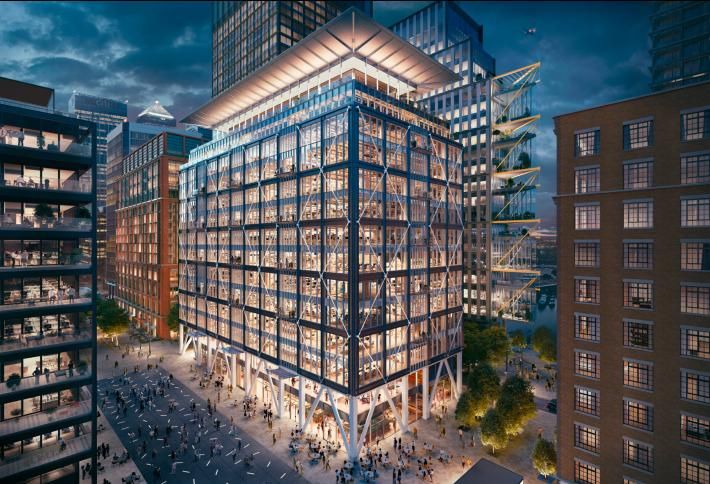 Courtesy of Pilbrow & Partners
The Market Building, a mixed-use building at Wood Wharf

One big difference between Wood Wharf and the original Canary Wharf is the infrastructure needed to make it a success. Canary Wharf needed the Jubilee Line to connect it to central London. For Wood Wharf, digital connectivity is key, and the U.K.’s first 5G trial was recently conducted at the site.

“We live in an interdependent and interconnected world,” Iacobescu said. “Despite Brexit, the world will always be connected by digital channels, and we are future proofing Wood Wharf with this in mind.”

Although, great WiFi speed is not always a good thing, he said.

“It makes me cringe to think how many tweets President Trump would be able to send using 5G. I think Taylor Swift was right.”

A senior figure in the U.K. tech sector has backed the project's ability to attract employees.

“We are creating more jobs than we can fill in the tech sector in the U.K. and if it is to grow as it should we will need tens of thousands of new people,” techUK President Jacqueline de Rojas said. “Schemes like Wood Wharf will help in that process of attraction and retention of talent. Also, it is right next to the money men, and when tech and money come together there is the opportunity for an explosion of growth.”

The first iteration of Canary Wharf was financially ruinous for its owner, Olympia & York, being a scheme aimed at the future of financial services when the sector was on its knees after the early 1990s recession. It is again a time of great uncertainty, but the strength of the tech sector in spite of this uncertainty, and the radically different nature of the scheme, suggest history won’t repeat itself as far as Wood Wharf is concerned.