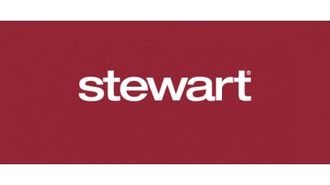 When Chelsea Football Club decided to build a stadium in the London Borough of Hammersmith and Fulham in 2014, it did not know it would cause a neighbourhood dispute.

Conflict arose when a family of four attempted to stop the £1B redevelopment of Chelsea's Stamford Bridge Stadium, claiming it will block light from coming into their home. The family, who has lived in their Hammersmith and Fulham house for 20 years, said the new stadium would hinder sunlight from coming into five of their windows.

While the 60,000-capacity stadium promised to create jobs and boost economic growth, it would impact 50 homes in the neighbourhood. Chelsea announced it would compensate most of the homes affected by the stadium build and reached an agreement with all of the other homeowners in the neighbourhood. The family of four reportedly turned down a six figure pay-off from Chelsea and took out a court order to halt the stadium's redevelopment.

Large-scale projects like Chelsea’s proposed stadium development can pose several challenges for developers. In residential neighbourhoods like the London Borough of Hammersmith and Fulham, developers may find themselves dealing with complaints from residents in neighbouring properties. These tensions can lead to delays in development timelines and sometime lawsuits. Although there is no magic formula to solving these neighbouring disputes, there are several ways developers can prepare themselves for these possibilities and minimise risk associated with their projects.

The family was aware of their right to light, a protection under common law in England and Wales. A right to light is most frequently acquired under the Prescription Act 1832. It is an easement or legal right that is acquired generally over time. Modern day case law asserts that just over half of a room in a residential property and exactly half of a room in a commercial building should be lit by natural light. While this 50:50 rule is not set out in statute law, it has been widely adopted by the courts.

“Right to light issues can have a significant impact on any development plan in England,” Stewart Title Limited U.K. Country Manager Stephen Smith said. “Neighbours can frustrate new developments and obtain court orders to prevent interferences with their rights to light. In some cases, these claims can destroy the viability of a development scheme or require significant alterations.”

In recent years, several high profile cases have dealt with right to light. Although the Law Commission has recommended reforms to the law governing rights to light, the issue remains unclear and highly contentious.

A lesson for developers

Right to light claims can stop developers in their tracks. They can frustrate major projects, make developments more expensive and create tension between residents and developers.

Although the Hammersmith and Fulham council has granted Chelsea permission to continue the stadium development, this dispute over right to light has delayed the process and the case could still go through judicial review. While the Chelsea stadium development came across a number of hurdles, it serves as a cautionary tale for similar projects. Developers can take several steps to mitigate risk for their own developments.

During the planning phase of a project, architects and developers can begin thinking about how their project’s design will impact neighbouring properties. A developer might hire a consultant to assist them in this process while considering the light implications of their development.

Foster an open dialogue with neighbours

When a developer breaks ground on a project in a new neighbourhood, they can build a positive relationship with the community by communicating openly with residents. Previous right to light cases have demonstrated that courts will consider a developer’s conduct and behaviour when deciding whether or not to award an injunction.

“Developers should be very aware that their conduct will be scrutinised in court, and they must be able to demonstrate fair and reasonable conduct and behaviour towards neighbours to minimise the risk of an injunction where rights to light are infringed,” Smith said.

A developer can work alongside local authorities throughout the development process. If conflict arises, these authorities will decide whether or not to step in and use their powers under section 203.

“Due diligence on a potential site is more important than ever,” Smith said. “Developers, along with their advisors, should be paying attention to and investigating the ownership history of the land and neighbouring land and approaching the local authority early on in the process to establish the significance to the proposed development and how far they will support the use of section 203 if negotiations fail.”

In January, the Hammersmith and Fulham council used its powers under section 203 to override the family's claims so the development could proceed as planned.

Get up-to-speed on insurance policies

Right to light insurance policies have evolved significantly over the last few years. These policies have historically prohibited developers from approaching a resident in any of the insured affected properties, unless the affected party makes a claim or expresses concern about the development. More recently, policies have been amended to allow developers to approach affected parties to negotiate a deed of release, backed with the security of an insurance policy that covers against any insured losses over and above a policy excess.

“This policy is attractive to developers, who will want to engage with neighbouring properties as early as possible,” Smith said.

Stewart UK
Stewart Online Solution delivers an intuitive, easy-to-use ordering platform that offers a comprehensive range of legal indemnity policies for residential, commercial and mixed use properties across the whole of the U.K. You need look no further for what your client needs. Register online, mange your own users, obtain quick quotes and order policies quickly and easily. If you prefer to speak to someone directly, the Telephone Solution Team is ready to help with your enquiry.
Confirmed! You are subscribed to the Bisnow London E-Newsletter.
Most Read Stories
More Top Stories
Bisnow London Newsletter
Bisnow London Newsletter