What is the key goal that developers should strive for when creating a new building or scheme? According to the new owner of a 130-year-old London landmark who is now planning a major redevelopment, the answer is timelessness.

It’s a nebulous concept, but one that, when broken down, makes sense. As well as obvious factors like good design, real estate needs to make people want to come back again and again, at different times of the week or day, and for different reasons. And that leads toward the conclusion that multiple uses are the way forward, for both newly built schemes and refurbishments and redevelopments.

“Developers should always aim to develop timeless properties. That is the ethos you need to have,” Yoo Capital managing partner Lloyd Lee told delegates at Bisnow’s London Building for the Future event. 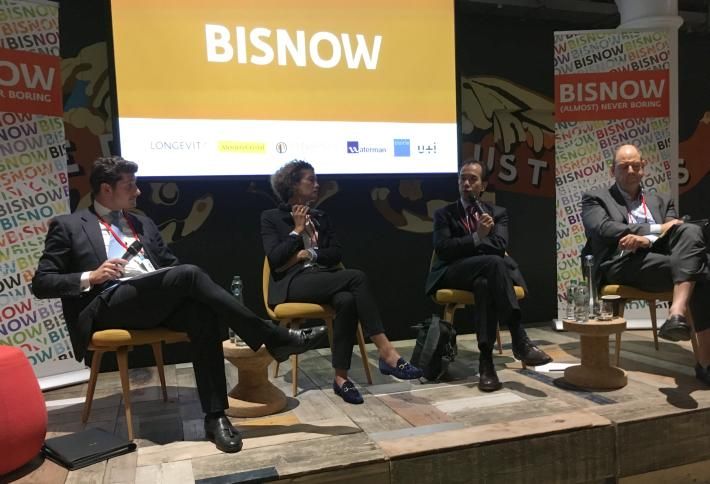 “There are practical questions like what is it, and how do we build it, but then there is the more esoteric question of what makes people want to come here? It seems simple but it is not.”

Yoo Capital teamed up with Deutsche Finance International in 2017 to buy the Olympia exhibition and conference centre from CapCo for £300M, and this year unveiled plans for a £700M, Thomas Heatherwick-designed redevelopment.

The nature of the new scheme provides a pretty big clue as to the ethos Lee talks about. Olympia will turn from a conference venue to a mixed-use scheme that can host exhibitions to one also featuring 600K SF of offices, 70K SF of coworking space, a 1,500-seat theatre, hotels and a cinema, along with 2 acres of new public realm featuring shops and restaurants.

He gave an example of the worst kind of development that became common in the 20th century: the out-of-town cinema, where people drove, watched a film and then left again.

“You cannot have a building that just has one purpose,” he said. “Land in and around cities like London is scarce, and there isn’t enough of it to service both the residents and the people who want to visit the city. So the idea that you build a piece of real estate that is only used from 9 until 5 just doesn’t work any more. So you are seeing office buildings with hotels and restaurants above them, and it is exciting because it means that buildings are getting used all the time and they are getting used more often.” 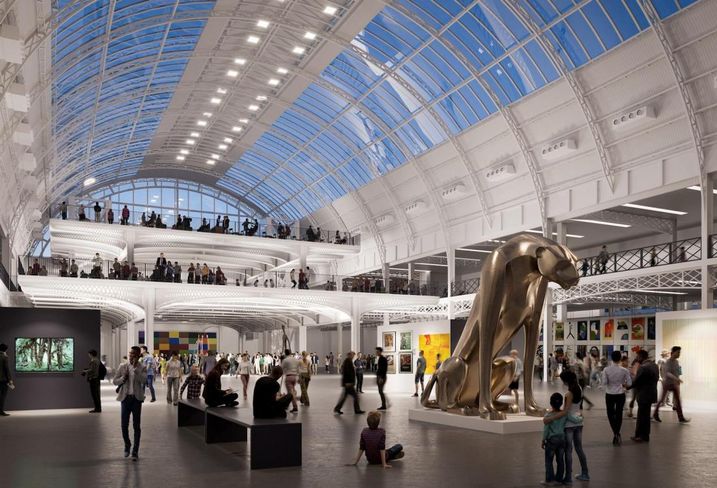 Hammerson head of sustainability Louise Ellison raised the question of whether adding additional public realm to a scheme, a good way of adding healthy green space, made financial sense given tenants do not pay rent for it.

“It is still a bit of an art, but it is also a bit of an art building a square box and working out how much it will be worth," Lee said. "But think about what it is like if you go somewhere and every surface is hard and asking you to spend money, versus somewhere with a beautiful streetscape and green space as part of a scheme. The latter one you want to go there seven days a week. And when you sit down with a retailer and talk about increased footfall because people are going there seven days a week, that is a language they understand. You can sit down with the person with the calculator and they will say, 10% extra rent, yep, I buy that story.”

“Your first impression of a building isn’t inside it in the lobby, it is as you approach it,” First Base Chief Executive Elliot Lipton said. “Your view of a building is partly formed by the public realm around it, and so that has value.”

Rounding out the discussion of timelessness, Lee addressed the issues that come with redeveloping older buildings, and how they inherently bring character and value to a new scheme. As part of the redevelopment of Olympia, the famous domed roof and ironwork will be kept in place and a new exhibition hall built underneath.

“If you can keep in place the existing fabric of something built in 1886, people like that, they react positively to the fact that something hasn’t just been torn down. It has the patina of 130 years of history and everything that has gone on there on it.”