This series aims to capture a moment in time, talking to men and women in commercial real estate about how their lives and businesses are being transformed by the coronavirus pandemic.

Evans Randall Investors chief executive Kent Gardner has one of the more extreme commutes in the real estate sector: He regularly travels between his home in Auckland, New Zealand, and London, where Evans Randall is based. That’s 11,407 miles.

New Zealand’s isolated location means new cases of the coronavirus have been eliminated there, but that was a hard-won victory, and life is still not back to normal. Gardner explained how technology is making the world smaller, and how office leasing is changing due to the pandemic. 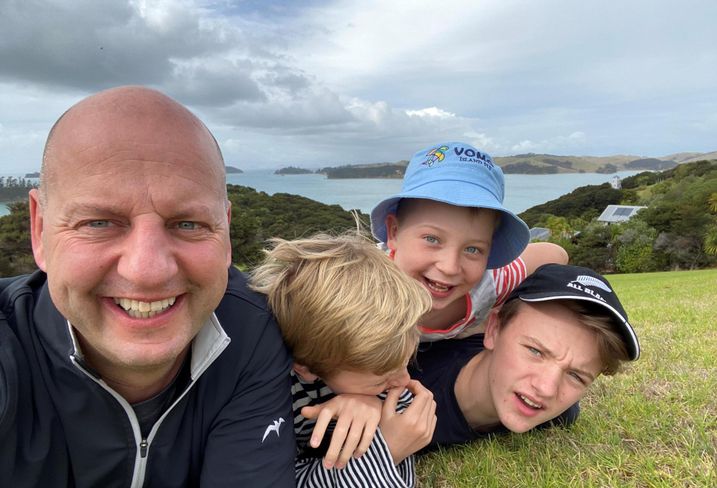 Bisnow: Describe your work-from-home life and what you are doing in your spare time.

Gardner: In more normal times, I travel between my family home in New Zealand and Evans Randall’s headquarters in London. However, on 21 March, New Zealand announced a four-level alert system to manage the COVID outbreak. The alert level was initially set at level 2 but was subsequently raised to level 3 on the afternoon of 23 March, and on 25 March, the alert level was escalated to level 4, placing the country in a very strict nationwide lockdown. We are fortunate to have a holiday home on Waiheke Island, a 35-minute ferry ride from downtown Auckland, and we quickly moved there where I self-isolated with my wife and three boys (14, 12 and 9 years) throughout this phase, which lasted until late April.

I have business interests in both Auckland and London, and with an 11-hour time difference it has certainly been quite consuming keeping up with developments in both countries, whether it be via daily video calls with the Evans Randall team in London and in Auckland or staying across emails, media reports and commentary late into the night. Especially against the background of my sons being home-schooled, with my wife becoming the involuntary headmistress!

What became clear at the outset is that New Zealand’s response to the COVID pandemic has taken an entirely different track to that of the UK’s, first closing its borders and then introducing its very strict level 4 lockdown, which has almost resembled a form of house arrest! However, almost 10 weeks on, and now following two weeks of no new cases, New Zealand has phased down to level 2 (with level 1 next week now looking very likely) and is now beginning to resemble a little more normalcy, certainly in comparison to where the UK is currently at. My kids have gone back to school, which I must admit was a sigh of relief, I have started working back from our Auckland office, and we’ve even managed a family “staycation” — the only real option now for the foreseeable future.

Bisnow: What is your company’s return-to-the-workplace plan?

Gardner: In New Zealand, I’m back in the office and our team are doing two to three days in the office with the balance working from home. Now being very used to working as a team in different locations, the reduction in commute time and (initially) reluctance to use reduced public transport have been factors in not coming back to the office full time. I can see part-week working from home as the new norm. In London, I suspect it will be similar, with our team having flexibility to adapt and to have greater freedom of choice in where they work. People’s home environment, commute times and whether they have kids or not have been key in their choices in this regard.

Bisnow: What will reopening businesses and workplaces look like for you personally?

Gardner: Whilst it’s been great spending time with my family over the past few months, being back in the office is a welcome shift. It’s certainly a more productive environment than being at home with three young boys, and also provides a little more routine. Restaurants, shops and cafés have now also started reopening in New Zealand, which is encouraging after such a strict period of lockdown. 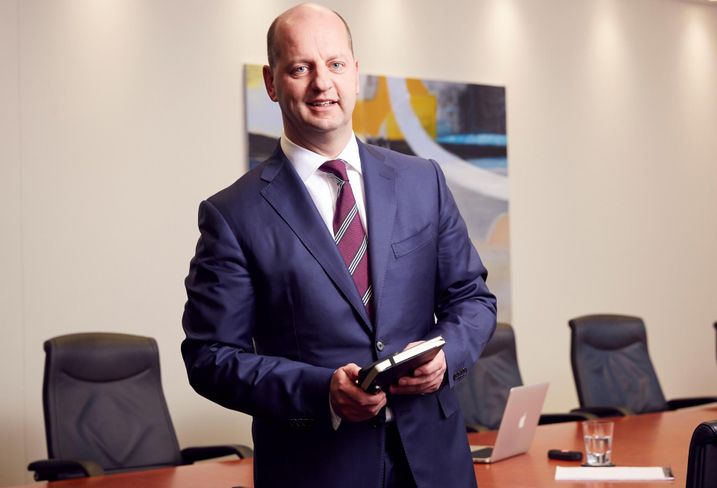 Courtesy of Evans Randall Investors
Kent Gardner at his office in London.

Bisnow: What is the state of your business at the moment?

Gardner: There’s no doubt that the property sector is in for a tough few months. But we’re using this time to do a number of things including improving relationships with our existing and potential tenants and co-investors. As part of this, we’ve taken the time to introduce new leasing structures at our midtown office development, Bureau, to help mitigate some of the risks associated with tenants signing for and occupying space when uncertainly around the ability to fit out and occupy space continues.

We’ve also been working closely with data from one of our investee companies, Re-Leased, that’s given us a sector, national and global view on what’s happening in real estate and where there will be opportunities in the market going forward. The prime office sector has held up in fairly good shape, we’ve collected 98% of our rents; however, we’ve seen a slowdown in deals and new properties coming onto the market in central London, and what the longer-term impacts are of working from home will be fascinating to see. Retail and hospitality have, unsurprisingly, been badly hit, but we’ve also seen businesses, including ones we invest in, pivot to cater for a changing demand, which suggests that there may be the potential for a rebirth in these sectors.

Bisnow: What was your impression of work from home before this got started? What is it now?

Gardner: Working from home over the past few months has been interesting. I often find that when I am working from New Zealand, I am on a slightly different footing to my colleagues in the UK. Now that we’re all communicating via video calls and emails, the world seems to have grown smaller when everyone is forced to use technology to communicate, rather than it being just me who is on the other end of a conference call — it’s certainly more effective for someone holed up on the other side of the world! When you’re on Zoom, you can be anywhere!

Bisnow: How is your company fostering community and maintaining its culture from a distance?

Gardner: Very early on we decided it was a good idea to come together as a team on a daily Zoom call. This isn’t just from a business perspective, but to set some routine and bring the team together to enable people to stay connected. This whole process has made me very aware that everyone is in a totally different position, whether that means they’re at home with kids, separated from family, living on their own or with flatmates and partners; people are faced with varying degrees of difficulty which we need to be mindful of. The WFH experiment has done a great job at humanising aspects of the sector.

Bisnow: How do you think the coronavirus could permanently affect the way real estate does business?

Gardner: The property industry has, traditionally, been slower to innovate than some, but the impact of digitsation and technology on the sector now can’t be ignored.

This period has also opened people’s eyes to the positives that WFH can contribute to the workplace including increased flexibility and time with family, but has also made people more aware of people’s home lives and family environments. I’m hopeful that this will help towards enabling a more diverse sector which is more in touch with the people working within it.

Bisnow: What are you most hopeful about right now?

Gardner: Collectively, we’ve experienced a fairly extreme situation, which I am hopeful will improve our ability to work together and adapt to new situations. On a more personal level, I’m looking forward to getting on with the things I most enjoy doing, and, of course, having a more open option of travelling back to the UK to catch up with friends and colleagues.