One of the most successful and best-regarded investment agents in UK property will hang up his spurs at the end of the year.

CBRE UK Chairman Stephen Hubbard is retiring after 43 years with the company. During that time he has sold some of the UK’s biggest and best-known buildings, helped open up London and the UK to overseas investors, and seen the firm he joined, Richard Ellis, become part of the global behemoth that is CBRE.

Bisnow sat down with Hubbard in his office at CBRE’s soon-to-be redeveloped Henrietta House HQ and talked about the changes he has seen in the industry, its failings, his best deals, his worst moments and the best place to go for lunch after completing a deal. Here it is, in his own words. 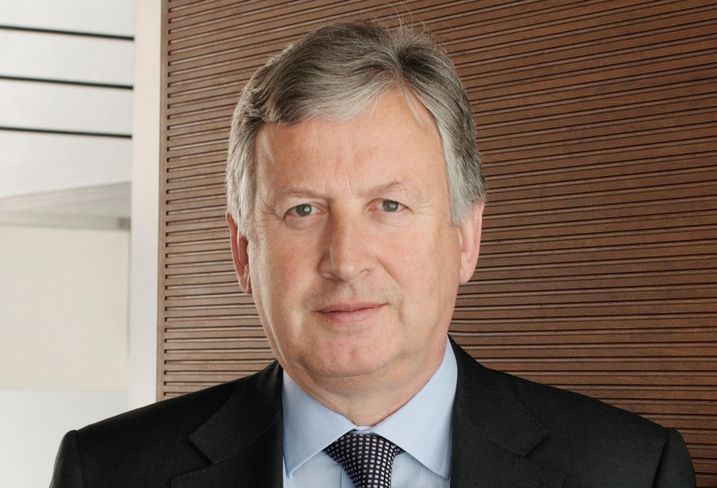 I’m pleased to be going out on a high. From the CBRE side I led the sale of Green REIT to Henderson Park [for €1.3B]. I’ve known [Green CEO] Pat Gunne for a long time and he asked me to be involved. It was such an interesting experience to sit alongside the board of a PLC and understand the issues that they are going through: There is a lot of risk for a board when they put their REIT up for sale. I learned a lot, and we got a premium to the share price for the portfolio.

I’m always driven to learn more. A lot of people in real estate rest on their laurels and go into their comfort zone, but the successful people push themselves to learn new things and go into uncomfortable territory.

One of the biggest issues for the industry is the lack of financial literacy. It is changing: The sale of Green REIT was a complex situation, advising on the sale of a REIT, and in the early stages of my career there is no way a firm of surveyors would have been sat around that table. But I am horrified by some of the naive discussions I hear people having about clients’ businesses. We need to recruit more people from outside the industry, from law, finance and banking, and also to improve the education for the people coming through.

My mentor was Andrew Huntley. He was head of investment at Richard Ellis when I joined in 1976, and retired in the early 2000s. In many ways it was his vision to have a financial group within CBRE, and I took that on board and helped build that into what today is CBRE Capital Advisors. 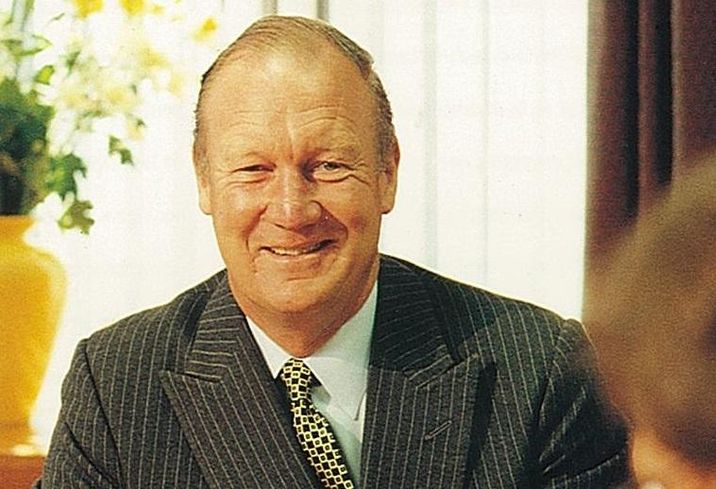 I never meant to stay in London. I left school at 18 and went straight to work as an apprentice with a chartered surveying firm in Reading called Dunster & Morton. I passed my RICS exams, in the days before you had to take the APC, and was a chartered surveyor by the time I was 21. I came to work for Richard Ellis with a view that I would be there for three years and then go back to Reading.

People ask me how I could work for one firm for 43 years. But it’s actually been lots of different firms. First it was just Richard Ellis, then there were deals with St Quintin, Insignia and then it merged to become CBRE.

I always set myself a three-year challenge to try and reinvent myself. I started out in the valuation department, and my first-ever instruction was working on valuing the Slough Trading Estate. I started off in valuation, then I moved to West End office leasing and miraculously ended up running that team, and then moved into investment agency.

A big deal for me came in 1984. I acted for PGGM, who bought the Swan & Edgar department store at the bottom end of Regent Street in a forward funding deal. It was the first time that a significant overseas investor had done a deal like that and I thought, if these guys will do it then there must be others, too. So I started to focus on overseas capital, something that became very fruitful. British Airways always greet me very warmly because I’ve flown around the world a few times. 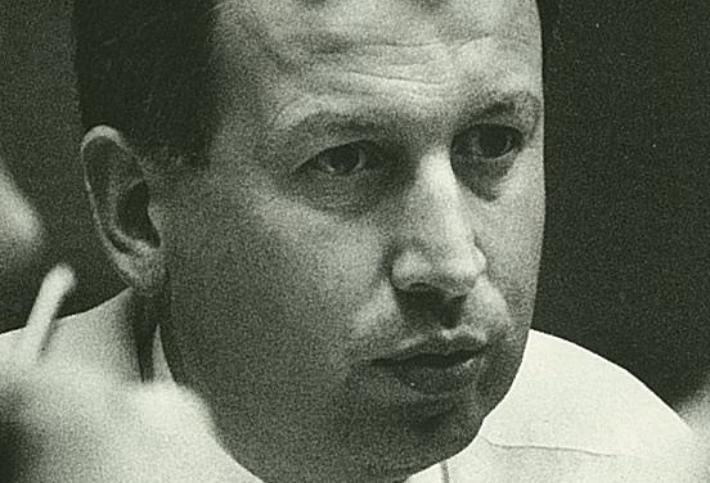 Courtesy of CBRE
Stephen Hubbard in 1996

Finding new investors takes a lot of graft. I spent a lot of aborted time in the U.S. in those early days, but fortunately a lot more fruitful time in Asia, the Middle East, Germany and France. I advised ADIA on its acquisition of the Lanesborough hotel in the late 1980s, and it still owns it today.

My advice when it coms to new clients is people want an advisor, not a broker. A bit perversely, I always enjoyed the conversations where people had never heard of CBRE the most. But overseas investors in particular, who might not know a new market, want people who will advise them, not just broker them into a deal. They want someone who will say, no, I wouldn’t buy this at those terms. That helps you build up trust and long-term relationships.

I have always enjoyed advising clients from different countries. I like understanding how they think and how to advise them. If you look at the different pools of capital, I think the Spanish and Dutch are quite similar to us in the UK because we are all trading nations that sailed around the world trading. The Germans and French are different, they have a lot more of a corporate culture, and make decisions in a different way. In the Gulf it is important to work out who to speak to and how to speak to them. In Asia it is very transparent how decisions are made: You need to get to know the people at the very top of an organisation and build long-term trust with them. The one place I never quite cracked was Japan, so I thought that was best left to other people.

The biggest highlight of my career has to be the sale of a 25% stake in Regent Street. It was a great honour and a pleasure. I got to fly around the world and present for sale a mile of prime central London retail; it really was quite exceptional. One investor said, this has to be the greatest real estate deal, anywhere in the world, ever. He was right, and when he said that the price went up. The deal was immensely successful and we found the right partner [in Norway’s sovereign wealth fund, its first real estate deal]. 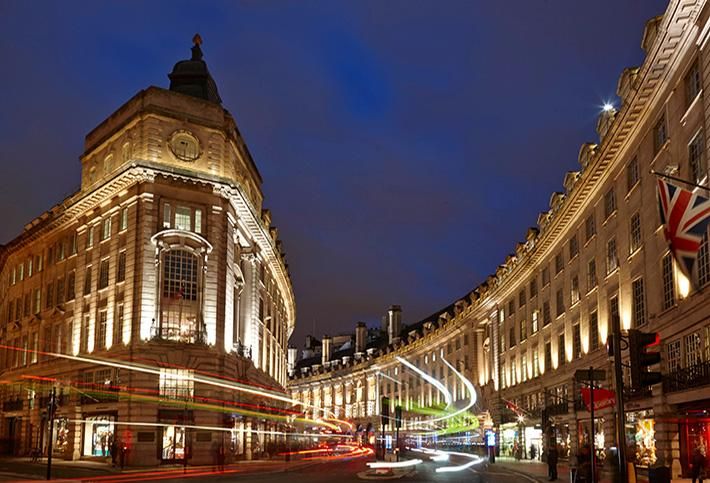 The worst point of my career was the early 1990s crash. It was like getting out of a plane without a parachute; the market was just falling like a stone. I had to lay off 50% of the team I had built up, people I knew, employed, mentored. And you were laying them off to protect the jobs of the other 50% of the people. In 2008 we cut costs, but we still had that parachute. In that crisis there was a financial dislocation, but you knew things had to be sorted out, so things had to happen and there would be some money coming in. 1989 was such a massive boom year that no one saw it coming. In the financial crisis it was actually pretty well-flagged, people just ignored it.

Gerald Ronson has been an amazing client. There aren’t many people like him coming through in the industry any more, and I think that is a bad thing. He’s 80, but still has amazing energy and I still see him two or three times a month. There are still entrepreneurial people coming into real estate, but they are going into private equity. The quoted sector has become a difficult place for entrepreneurial people to make money, because of the focus on compliance and pay. Yes there were some people paying themselves too much, but a sledgehammer is being used to crack a nut, and institutional investors should be careful what they wish for.

Technology will obviously change the industry, but I’m a big believer that the role of personal contact within the transaction will remain. Two or three years ago we were all saying that high street estate agents would die out and everyone would be selling on Purple Bricks, but that hasn’t happened, and the same is true only more so in commercial property. Technology will be able to take over a lot of the more repetitive tasks, for example in valuation or leasing, but there will still be a role for personal judgement. Occupiers can already see the space that is available for them online, but they still need that advice about what is right for them. Technology is a huge opportunity — just think of the amount of data a firm like CBRE has — and I think it will create jobs rather than endanger them.

To get a deal done you need to have determination, focus and a clear site of where you want to end up. You want to have a clear map and path of how you get to that point, rather than just letting the negotiations take over and following them wherever they go. And if you don’t think someone is going to perform, show them the door. You often find that someone might think they can pinch a deal on the cheap, but if you show them the door, they come back in stronger than they did before. Also, there is no point hiding the bad elements of a deal and leaving a ticking time bomb; have a strategy for how to deal with them. 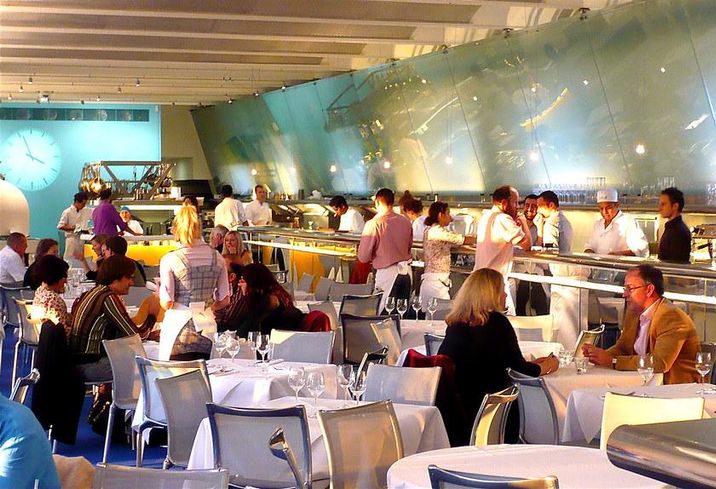 If you want to celebrate a really good, big deal, it has to be the River Cafe. If you go for lunch, they don’t kick you off your table until 5.30pm. But it isn’t cheap, so it has to be a really significant deal. In the West End I like the Pollen Street Social, but I’m equally happy in a cheerful little tapas bar like Zoilo.

I have a passion for boats, and always have. I always had a dream of owning a boat yard, but I quickly realised that would be a good way to lose every penny I’ve ever made. So I bought a shareholding in a boat yard near Falmouth, in Cornwall. Also, next year is the 80th anniversary of the Dunkirk rescue. I’ve bought a 33-foot boat that was one of the original little ships that helped with the rescue, I’ve done it up and it will be one of 70 or 80 of the original boats that will be undertaking the journey again next year. It will be very moving.