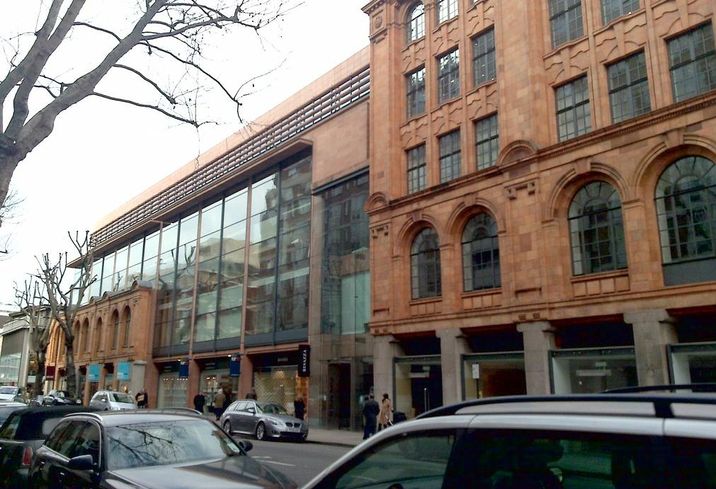 Vatican police are investigating a major London commercial real estate deal, and this week undertook fresh raids as part of their enquiries.

Raids were conducted Tuesday at the home and offices of Alberto Perlasca, a senior official in the administrative department of the Vatican’s secretariat of state, ABC News and other news outlets reported. The Vatican stressed in a statement that Perlasca has “the presumption of innocence”.

The seizure of documents and computer files follows similar raids in October, which led to five other Vatican employees being suspended. ABC said no one has yet been charged and not all of the employees suspended have been questioned.

The investigation centres on a complex London real estate deal, where 6o Sloane Avenue, a 123K SF office building in the affluent Chelsea area, was scheduled to be converted to 130K SF of luxury apartments at a cost of as much as £400M.

The building was bought in September 2012 for £115M by a company controlled by private investor Raffaele Mincione. The deal was made using a £75M loan and £40M of equity.

The building was once a car showroom for the nearby famous Harrods department store, and shares its distinctive terracotta facade.

In 2014, a company controlled by the Vatican bought a 45% stake in the building at a much higher valuation, around £400M, according to the Financial Times. Before its purchase, the building was revalued and the equity had increased in value to £137M, more than three times what Mincione had put into the deal. This created a paper profit of £97M when the stake was sold to the Vatican. The Vatican invested about $200M (£154M) in the deal at that point.

No planning content for the conversion to apartments was in place when the Vatican got involved in the project, the FT said. Mincione’s investment company told the paper that the valuation uplift was a result of the general upturn in the market. It said it had no knowledge of the investigations being conducted and had done nothing wrong.

The building did receive planning consent for the conversion, but the decision by the UK to leave the EU in June 2016 made the luxury London residential market more tricky for developers, and the debt on the project had to be refinanced with hedge funds at high interest rates.

In 2018 the Vatican decided it did not want to own a minority share in the project, and bought out Mincione’s company. When it tried to refinance the debt secured against it with the Vatican Bank, an investigation into the deal was triggered. All told, the Vatican paid £168M for the project. It remains an office building.