Britain’s local authorities have been among the largest and most controversial investors in UK real estate for the past three years. But it seems that their appetite is cooling.

Investment in the commercial property sector by UK local authorities and county councils nearly halved in the first half of 2019, falling to £420M compared to £800M in the same period last year, according to figures compiled for Bisnow by data firm Datscha.

Datscha said this drop was broadly in line with declining investment volumes in the wider UK market: In the first quarter of this year, investment dropped 40%, Datscha said. It put the fall in council investment down to two factors: Brexit and the turmoil in the retail sector. 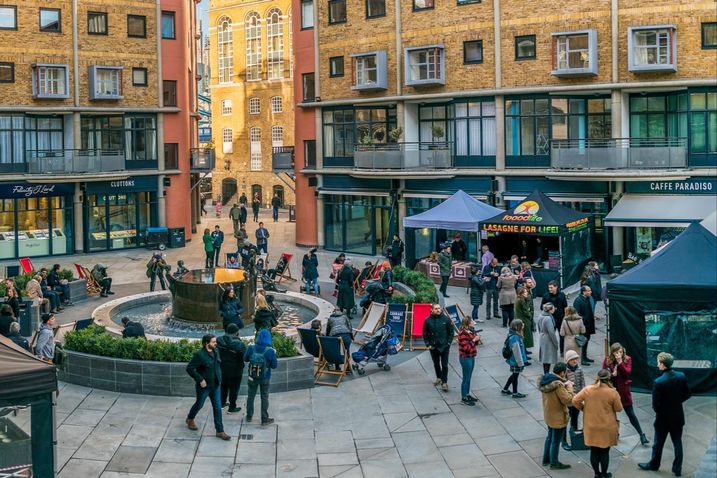 “I think a lot of this is down to uncertainty around Brexit, and you are seeing this drop across the board,” Datscha Head of Research Lesley Males said. “Also, local authorities have been quite heavy investors in retail, and they are maybe starting to heed the warning signs that this is not a good investment, with the sector in freefall.”

The overall investment figure could have been higher, but one of the most prolific local authority investors, Spelthorne Borough Council, pulled out of two high-profile Central London office deals that would have totalled an investment of £300M. With a portfolio that already totals £1B, it has now said it will pull back from making new investments.

One of the largest investments during the first half of the year was the £89M purchase of the Courage Yard office and retail scheme near London Bridge by Southwark Council from Columbia Threadneedle.

Local authorities have been investing in property to try and plug shortfalls in their budgets created by declining central government funding. They can borrow up to 100% of the value of a property from the Public Works Loan Board and use the income from assets to fund expenditure. At Spelthorne, the income from its property recently ticked higher than the amount of money it brings in through taxes.

But the strategy has drawn criticism from taxpayers and property experts alike, particularly due to worries that being able to borrow 100% of the cost of a property at low interest rates was causing councils to overpay at a time of market uncertainty.

Datscha’s data provides an insight into the strategy of local authorities in their property spending between the beginning of 2017 and the middle of 2019. During that period, councils spent a combined £6B on UK property. 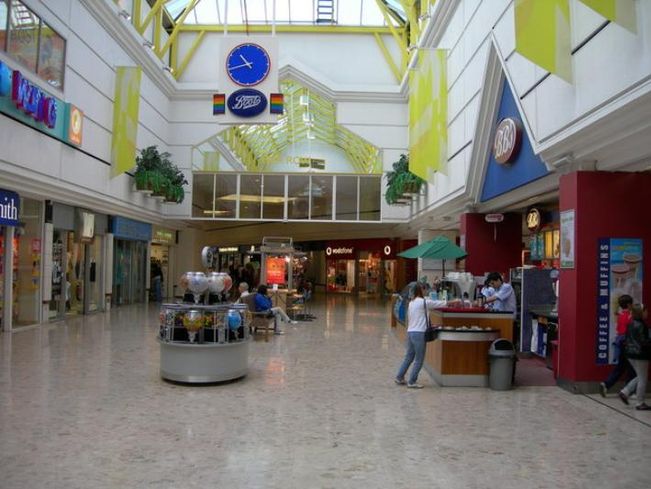 Geophgraph
The Pentagon Centre in Chatham

On where they invest, local authorities seem to have heeded advice about staying close to home: just 20% of investment by councils in the first half of the year was outside of their local borough, compared to 50% in the same period last year.

Investment by local authorities in town-centre retail assets is perhaps the most complex area of the current buying strategy. Retail is the riskiest asset class right now, but councils are often buying shopping centres and retail assets to try and regenerate their town centres and invest when the private sector is pulling back, Datscha said.

Examples include the £34.8M purchase of the Pentagon Shopping Centre in Chatham by Medway Council in February, or Bolton Council buying its local shopping centre for £15M last year.

“The council recognised that the town centre was in decline and wanted to demonstrate that they could revitalise the area,” Males said. “This investment is only a ‘temporary investment’ – they want to demonstrate to private investors that they have confidence in their own community and are willing to financially support themselves. They are confident that once the work is complete, they will be able to get their money back on the purchase.”

In spite of the social rationale for investment, councils are still pulling back from such deals: Datscha said that around a third of all investments since the beginning of 2017 have been in retail, but in the first half of the year that figure fell to below 20%.

In spite of the fall in investment in the first half of 2019, Datscha indicated that the trend for investment by local authorities is unlikely to go away in the longer term.

“It is not the case that all local authority investors are taking unnecessary risks, it has become a necessity for many of them to adopt this strategy in order to continue to provide vital local services,” Males said.