Regulation often gets a bad press in the world of business, but in the case of real estate lending, increased regulation has had the desired effect.

In the wake of the financial crisis, U.K. financial regulators introduced measures called slotting which made it more expensive for banks to lend at higher loan-to-value ratios, on riskier assets with higher vacancy and for longer periods.

The seminal annual overview of the U.K. real estate lending sector shows that as U.K. property reaches the latter stages of the cycle, the debt market is in a very healthy place. Average LTVs are low, and the sector is much more diverse with the market share of banks greatly reduced but there is still a healthy amount of new lending, according to the Cass U.K. Commercial Real Estate Lending Report. 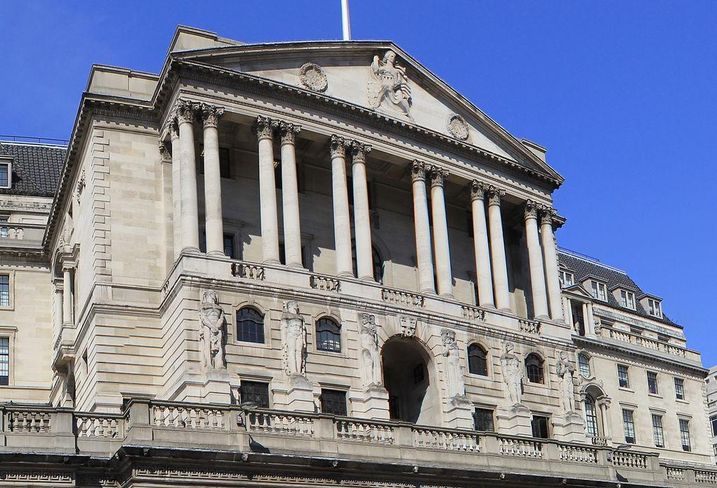 This time around, it won’t be debt that causes a downturn for commercial real estate.

“LTV’s are stable and for U.K. lenders the regulatory environment is such that higher LTV’s and development finance becomes more of a challenge,” Association of Property Lenders President Neil Odom-Haslett said. “The consensus across the sector is that we are coming towards the end of the current cycle and it is reassuring to see that lenders are, on the whole, taking a sensible approach to lending.”

That sensible approach is manifesting itself in low average LTVs and high average interest cover ratios. At the end of 2017, 78% of loans to U.K. property had an LTV of 60% or lower, according to Cass. The average LTV on new senior debt for prime office properties in 2017 was 57%, with the highest LTV senior loans coming from insurance companies, at 61%. The top LTVs available on secondary properties were 57%. At the top of the last market, banks were offering senior debt of 90% or more.

If borrowers added junior debt then the average LTV available was 77%, with 80% the top end of the scale.

Almost three-quarters of loans had interest cover ratios of 2x or higher, meaning the income produced from the property was more than double the interest needed to be paid on the loans.

U.K. banks now hold 45% of the £164B of debt outstanding against U.K. property, compared to 68% in 2007 at the last cyclical peak. When international banks are included, the proportion held by banks has fallen from 98% to 74%.

Spreading the risk: the share of the U.K. property loan book by lender type

U.K. banks were responsible for about 48% of the £44.5B lent in 2017. Nonbank lenders like debt funds increased their share of new lending from 10% to 14% in 2017, and insurance companies handled another 10%, with the remainder accounted for by international banks.

The greater diversity spreads the risk — a handful of banks handling the vast majority of real estate debt exacerbated the last downturn — and some commentators are predicting U.K. banks in particular will continue to be a dwindling force in real estate lending.

“We see no sign, either anecdotally or elsewhere, that the regulatory challenges hindering traditional banks will abate in the near future,” specialist lender Octopus Property Chief Executive Mario Berti said. “Banks are becoming utilities and, like the utilities in the power sector, are failing to provide acceptable levels of customer service. Unless they make fundamental changes to the way they do business, they will eventually go the way of the dinosaurs.”

Though the biggest type of player in the market sharply decreased its exposure, new lending levels remained healthy in 2017. That new lending figure of £44.5B is below the £53.7B of 2015, a peak during this cycle, but is flat on the figure of 2016 and above the 20-year average of £39.6B. Debt remained historically cheap, with average loan margins of 203 basis points on senior debt.

Development funding jumped in 2017, with the £8.7B of new development debt representing a 60% increase in total U.K. development lending, with most of that allocated to residential development. While development has been a risk factor for real estate in previous cycles, the shortage of new homes in the U.K. today alleviates this risk.

“At a time when government is focused on tackling the issues caused by at least 20 years of housing undersupply, this increased investment into creating new, high-quality homes will provide much-needed new homes to support the U.K’s productivity, economic growth and social wellbeing,” British Property Federation Chief Executive Melanie Leech said.

There are some dark clouds on the horizon. Cass said lenders are increasingly concerned about the upheaval in the retail and office markets, such as the growth of coworking, and are trying to work out what that means for their businesses.

In terms of other risks, about £28B of loans do not have interest rate hedging, Cass said, and any increase in interest rates would put these loans under pressure, although that prospect has receded in recent days.

One final sector to watch — debt funds. Not only do they typically offer higher LTVs than other types of lender, Cass reports, they also use loan-on-loan finance, essentially borrowing to provide their loans. That extra layer of leverage could see the £16B sector come under pressure in a downturn.