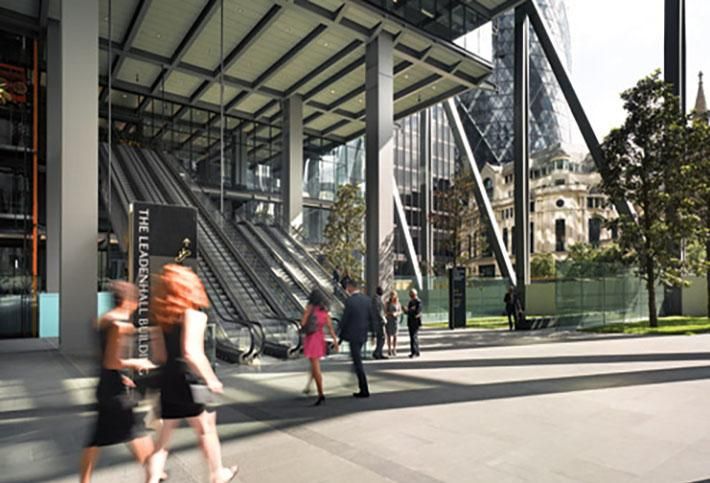 So far this year London’s biggest listed office companies have said they will return almost £500M to shareholders rather than trying to spend it in a deeply uncertain market.

They have sold assets at record prices to foreign investors who are still hungry for prime London offices. But these REITs are not confident enough in where the London market is heading to reinvest in new acquisitions or commit to much new development.

Tuesday, British Land said it would return capital to shareholders via a £300M share buyback programme.

In March it netted £575M through the sale of its 50% stake in the Cheesegrater office tower to Hong Kong firm CC Land, in a deal that set a record price per square foot for the City of London.

With its shares trading at a 30% discount to its net asset value, British Land said buying back its shares offered better value than investing in new assets or developments.

“With our shares trading at a substantial discount to NAV and providing a 5% dividend yield, allocating capital into a share buyback represents a clear value opportunity.”

Shareholders liked the news — the shares rose almost 4% on the day of the announcement.

Some analysts were critical. “Being purist, we would rather see capital invested in extracting value from real estate than in financial engineering,” Numis’ Robert Duncan said. 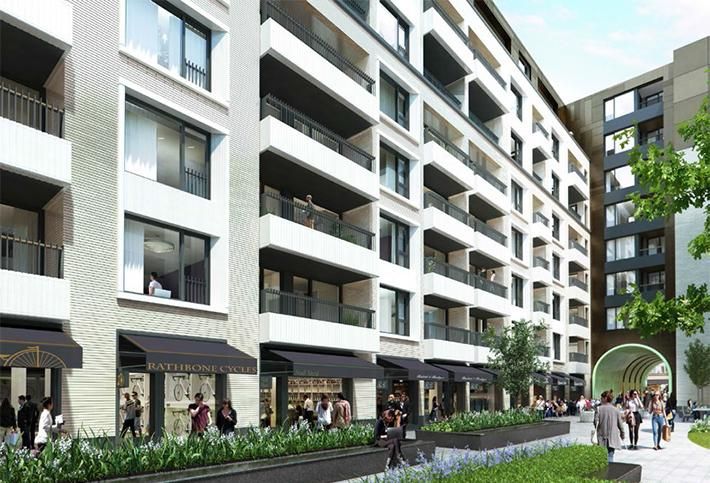 Morgan Stanley analyst Bart Gysens took a broader view of implications, saying the buyback represented a “more bearish view on the prospects of [property] assets, in particular with regards to London offices post-Brexit and with regards to U.K. retail”.

That view is shared by many of Grigg and British Land’s peers.

Great Portland Estates started the buyback trend this year. On 10 February it announced it had sold Rathbone Square in the West End to German fund Deka for £435M, and would be giving £110M of the proceeds back to shareholders through a special dividend.

Two weeks later Derwent London announced a raft of sales and the return of £58M to shareholders through a special dividend. Both said their debt levels were so low that it would not be a good use of capital to reduce it further, and that they did not see many opportunities to add value through acquisitions, and they had enough cash on hand to fund existing developments.

It is important to note Great Portland has since bought an office and hotel scheme in Whitechapel for £49M in what it called a “late-cycle” opportunity for a redevelopment.

With this in mind, it will be interesting to see if Landsec chooses to sell its 50% stake in the Walkie Talkie office building. Reports have indicated Hong Kong's Lee Kum See Group has made a £1.2B offer for the building, a price that would eclipse the records set by the sale of the Cheesegrater. 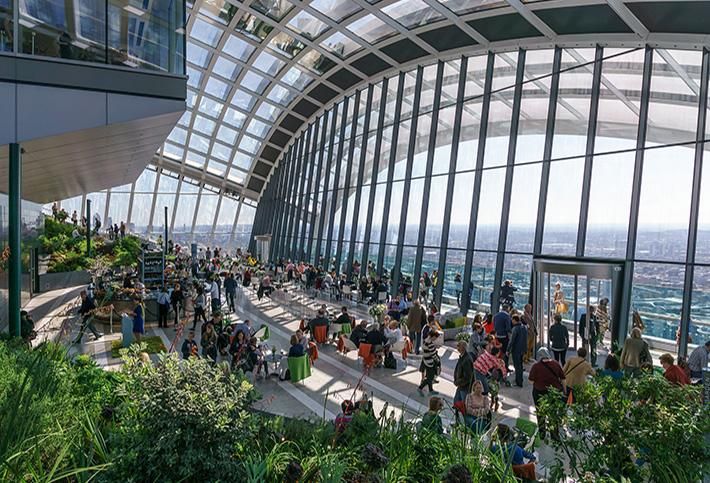 Creative Commons
The Sky Garden at the Walkie Talkie

What’s not to like about an offer like that? Well, Landsec’s stake in the building was not originally for sale. The joint venture that owns the other 50%, led by Canary Wharf Group, was the original seller, and the offer for the entire building is speculative.

In May, Landsec Chief Executive Rob Noal said, “We’ll sell for the right price if we think we can use the proceeds elsewhere.”

He added a cautious note on the London office market in general.

“As we reach the acrimonious stage of dealing with the EU commission, we don’t know what our trading environment is going to be, whether we will be in the single market and whether the process will be quick or slow,” he said. “That’s fundamental to business confidence, which is fundamental to the health of the real estate market.”

At the top of the last cycle, the big U.K. REITs did not sell enough assets and reduce their debt levels and so had to go cap in hand to shareholders to ask for rescue capital through rights issues to stop them breaching bank covenants.

This time the reverse is happening. REITs are sellers, and are giving the money back to shareholders, a much healthier state of affairs. And it is a clear signal to the whole market as to what the companies that should know the London office market best think about its prospects.